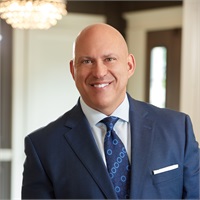 After majoring in finance at the University of Akron, Jesse moved into the financial planning field in 1987. He spent eight years with an independent financial planning firm in West Akron. During that time, he earned the CERTIFIED FINANCIAL PLANNER™ designation. In 1997, Jesse became a founding partner of Millennial Group focusing on helping people successfully pursue their retirement goals. In 2017, Jesse founded Impel Wealth Management, headquartered in Cuyahoga Falls, Ohio. In this endeavor, Jesse has formed an alliance with Horizon Wealth Management, a national firm based in Baton Rouge, Louisiana. Jesse leads the Investment Management Strategy arm of the network. The clients of Impel Wealth Management will have the resources of more than 45 investment advisors and 18 affiliate offices standing behind them, overseeing over $2 Billion of combined assets.  In June 2017, Jesse earned his ACCREDITED INVESTMENT FIDUCIARY™ designation.

Jesse is a member of the Financial Planning Association and served as President of the Northeast Ohio Chapter. He is listed in Who’s Who for Executives and Professionals*. He has attended the annual Top Independent Advisor’s conference by Barron’s Magazine multiple times since 2010.  In both 2018, and 2019, Jesse was honored to be named by Forbes Magazine as one of the Best-In-State Wealth Advisors for the State of Ohio**. Jesse has served on Cetera Advisor’s President's Advisory Council since 2004 and leads their Events and Education Committee.

Jesse and his wife Rachel reside in Stow. They have three children, Shane, Zach and Sedona.

*Listing in the above publications is not a guarantee of future performance or success.

**The Forbes ranking of Best-In-State Wealth Advisors, developed by SHOOK Research, is based on an algorithm of qualitative data, rating thousands of wealth advisors with a minimum of seven years' experience and weighing factors like revenue trends, assets under management, compliance records, industry experience, and best practices learned through telephone and in-person interviews. Portfolio performance is not a criteria due to varying client objectives and lack of audited data. Neither Forbes nor SHOOK receive a fee in exchange for rankings. Research summary as of Feb. 2019: 29,334 nominations received, based on thresholds - 5,961 invited to complete online survey - 9,230 telephone interviews - 1,757 in-person interviews at Advisor's location. Listing in this publication and/or award is not a guarantee of future investment success. This recognition should not be construed as an endorsement of the advisor by any client.

Get Financial News & Updates Delivered to Your Inbox