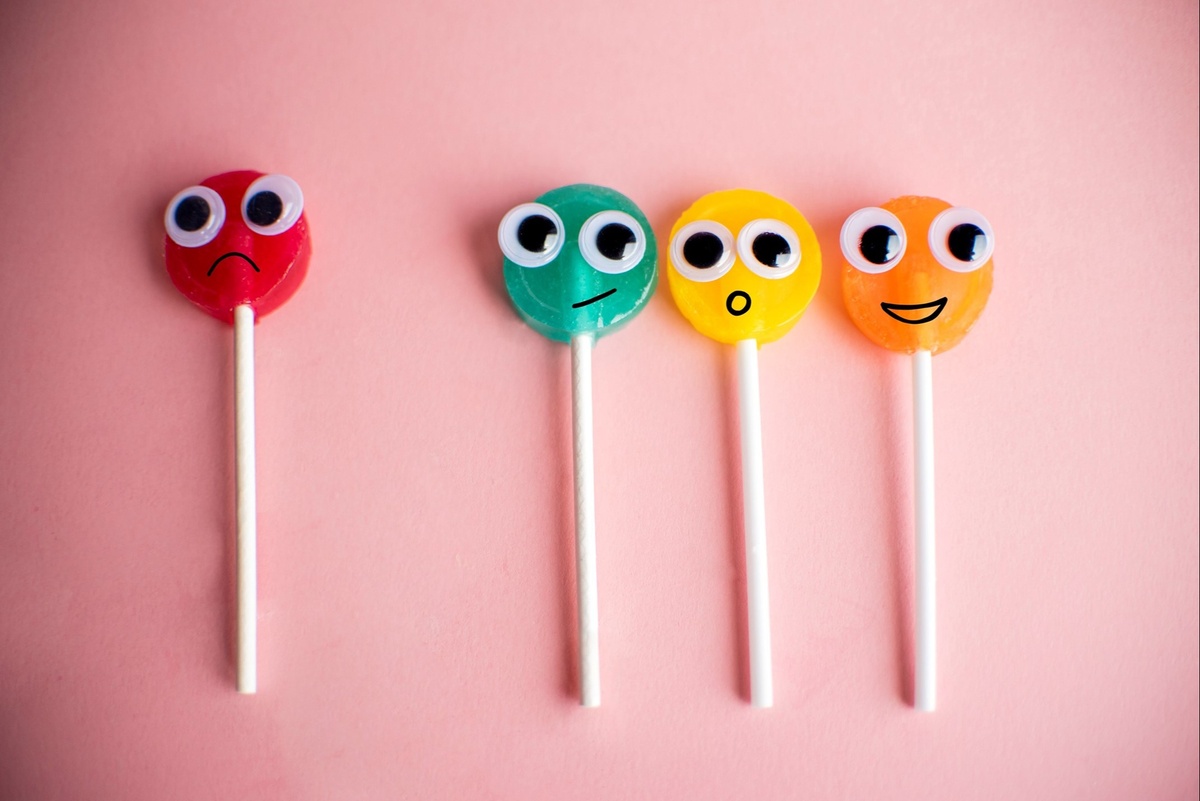 In the 1999 comedy film Analyze This, Mafia don Paul Vitti, played by Robert De Niro, suffers from anxiety attacks that force him to visit a psychiatrist, played by Billy Crystal. Known as a vicious mobster, De Niro finds himself worried about his tough guy reputation as he finds himself bursting into tears for no apparent reason.

The movie, which was directed and cowritten by Harold Ramis (Bill Murray’s sidekick in Stripes and Ghostbusters), explores the fears and emotional struggles of both its main characters. As a man who was used to being in charge of everything around him, including his feelings, there are many humorous moments when a counselor, who has his own issues, finds a forceful and demanding man that he wants to help, but at the same time is afraid of, on his couch.

As per usual, Hollywood could not leave well enough alone. Due to the box office success of the original, a sequel, Analyze That, an inferior and much less acclaimed movie was made. Luckily, things stopped there.

Much like mob boss Paul Vitti, the Gallup organization is finding similar amounts of frustration and anxiety among US citizens today. They recently did their annual poll asking Americans how satisfied they are with their own lives, AND what they think of the country‘s overall direction. While the latest poll shows that nearly 85% of Americans are personally pleased with their own situation, only 17% are happy with the state of our country today. 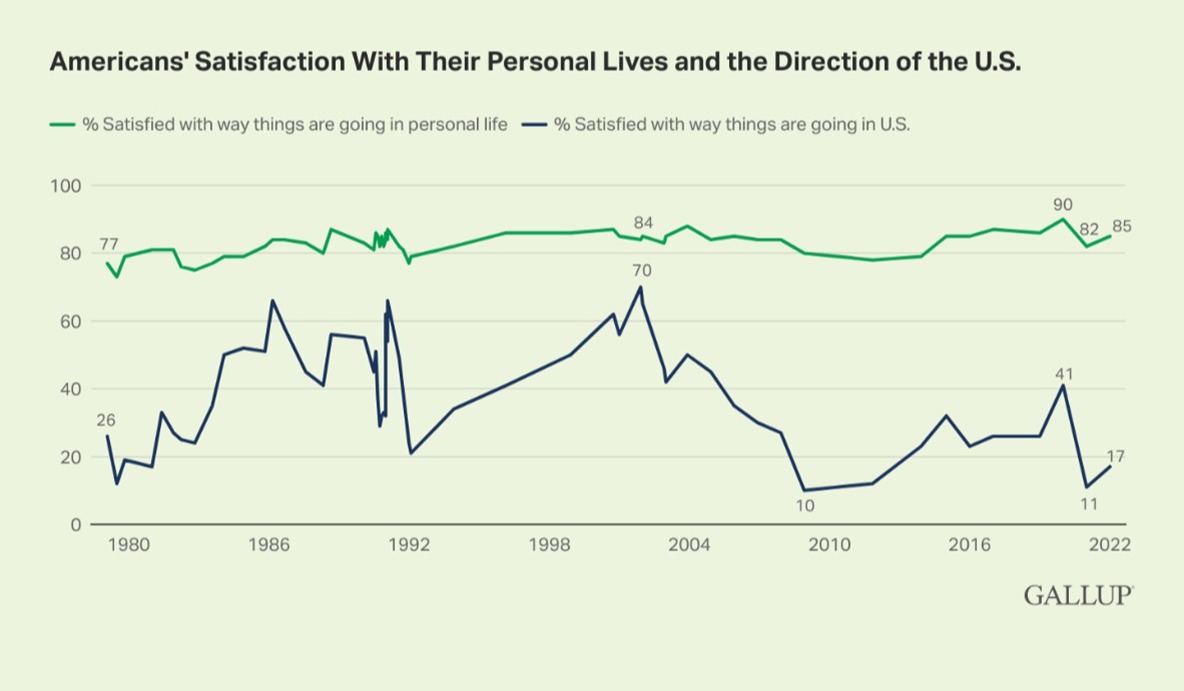 As you can see in the chart above, the percentage of people happy with their own situation has remained relatively steady at 80% to 85%. Since 1980, there have only been minor variations in these results. However, from a peak of around 70%, just before the dot.com bubble burst and 9/11 occurred, this number has drifted lowered and stayed there since the mid-2000s. It bottomed at 10% after the Great Financial Crisis and was at a similar low point at the height of the COVID-19 crisis.

What was also very interesting in the study was the fact that how much money people made, did not have as significant of an impact on people’s personal happiness as you might have intuitively thought. Approximately 94% of Americans with incomes over $100,000 are satisfied with their personal lives. However, 75% of those making less than $40,000 a year are still happy with their personal status.

Another thing that jumped out to me about people’s views regarding the state of the nation is the decline that occurred during the mid-2000s also happened to coincide with the advent of smart phones and social media. Is this a coincidence? I will leave you to ponder that question as you think about their impact on society, and especially the anxiety level with our younger generations.

Further corroborating this information is the General Social Survey, which has been conducted every three years since 1972 by the University of Chicago. It is considered the authoritative national study on American happiness. For most of the last 50 years only around 10% of Americans said that they were not happy in their day-to-day lives. However, in 2021 that number jumped to approximately 25% of Americans now saying they are unhappy. That was a seismic shift in American attitudes.

In addition, the number of Americans describing themselves as very happy dropped from 31% in 2018, to 19% in 2021. This is now 10 points lower than at any point previously measured. This troubling decline in happiness hit every demographic age group. Especially concerning is that the number of young people saying they are unhappy nearly doubled from 16% to 30%.

On a more upbeat note, people who were married were about three times more likely to report feeling very happy than those who were not. The study also noted that there were significant differences in happiness versus unhappiness based on political affiliation, participation in a religion, and other factors (a link to the study is included here if you want to learn more,  https://news.gallup.com/poll/1672/satisfaction-personal-life.aspx).

All these gaps became exacerbated during the coronavirus pandemic. Sociologists and psychologists have been concerned that forced isolation would have profound and long-lasting societal impacts. These seem to be playing out in the new polling numbers.

As we look at the present state of the world, we see the highest inflation we have experienced in nearly 40 years impacting people’s spending and available cashflow. This along with Russia‘s invasion of  Ukraine, and a bitterly divisive and partisan political outlook for many as we head towards the upcoming mid-term elections is not likely to make people happier any time soon.

This has not been a happy or fun post to write. I am sharing this information with you, our trusted friends, and clients, because we want you to be aware and proactively take steps to help protect and care for yourself and your loved ones during this time.

The advisors of Impel Wealth strive to be good corporate citizens, and we engage in our community by serving on various non-profit boards and committees. As such, we are aware of many of the resources available to help people. If you or someone you care about has questions or needs, please reach out to us and we will try to point you towards the appropriate community assets. Our goal is to help people pursue the things that make life meaningful for them. This includes taking care of our physical, spiritual, mental, and emotional health. It is important for all of us as we continue “Moving Life Forward”.