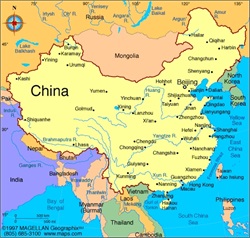 Are There Baby Boomers in China?

Jesse W. Hurst, CFP®, AIF®
May 25, 2021
Share |
The Baby Boomer generation has had an outsized influence on many aspects of life in the United States over the decades. The Baby Boomers were born after World War II, from 1946 to 1964. During this time period, approximately 76 million people were born.
Their impact on consumer behavior and financial markets over the last seven decades cannot be overstated. During the 1950s, as they were infants, the number one performing stock of the decade was Gerber, the baby food maker. As they moved into their teenage years, the number one performing stock of the 1960’s was Levi’s, the jeans maker. As they got married and bought their first homes in the 1970s, real estate was the number one performing asset. You can see the trend and the impact they have had.
Now, imagine in the future a group of people four times as large, influencing consumer behavior, advertising, and the financial markets heading towards us. This is not due to a baby boom in the United States. This is happening as many people from China are migrating into the mass affluent and affluent realms, due to China’s evolving and growing economy.
With a population of approximately 1.4 billion people, China is roughly four times the size of the United States. It is believed that in the coming decade, as many as 400-500M Chinese citizens will see their income and wealth increase enough to exert substantial influence on their economy.
To give you a better picture of just how large China’s population is, relative to the rest of the world, please check out the map below from the Visual Capitalist. It shows that China’s population exceeds that of the US, Canada, Australia, New Zealand, Europe and most of South America combined. By the way, India’s population is almost as big, even though they have a smaller landmass. 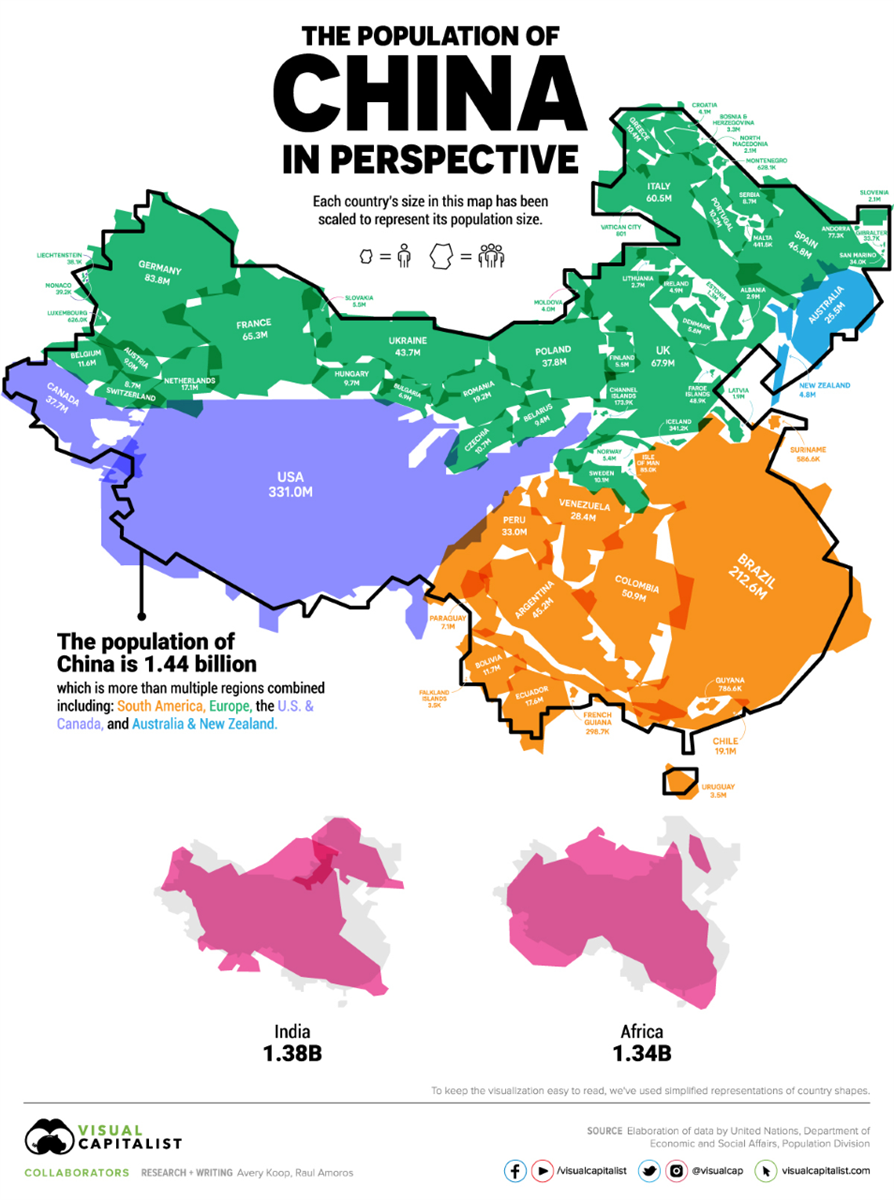 Demographics of this nature will have a huge impact on global economic and political trends. The team at Impel Wealth Management will continue to watch how this plays out. We wanted to make you aware of the opportunities and issues that could impact you, our trusted friends and clients. These trends are important data points as we continue “Moving Life Forward”.
© 2021 Jesse Hurst