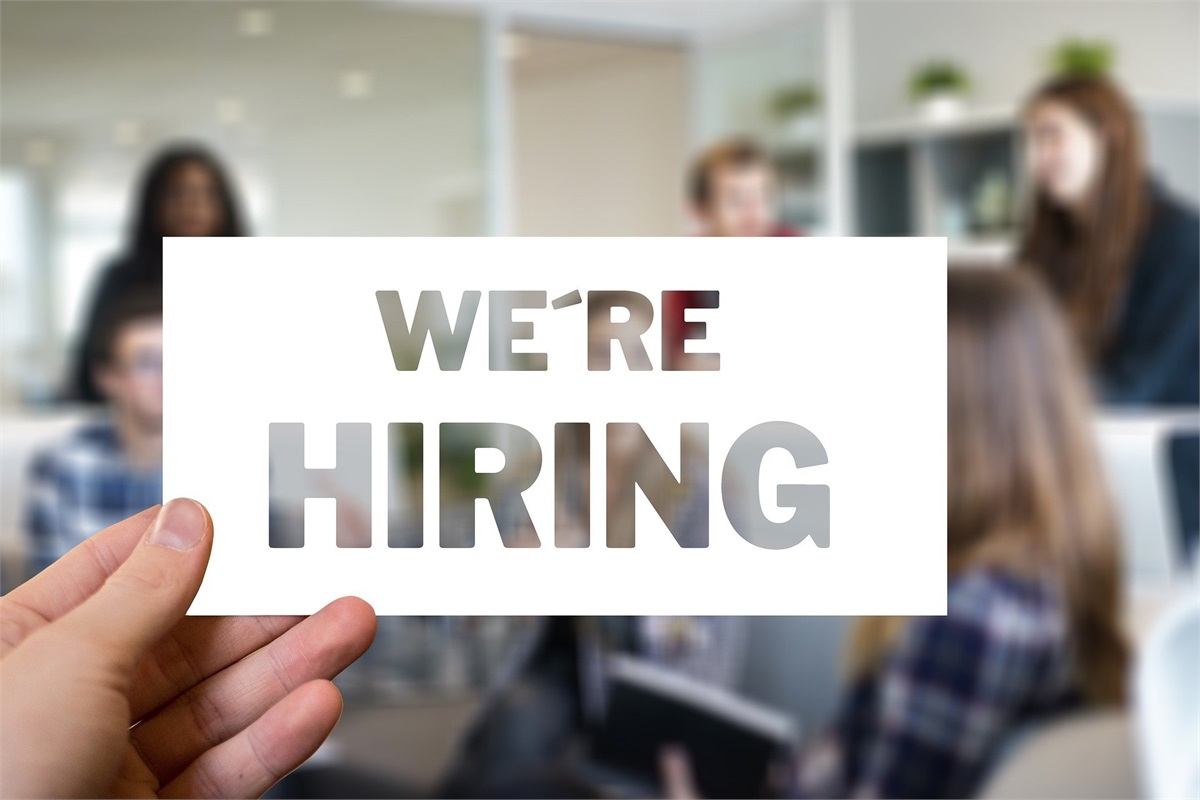 Are There Really TWO Job Markets?

Jesse W. Hurst, II, CFP®, AIF®
February 09, 2021
Share |
You probably don’t need more evidence to ascertain what a crazy year we just lived through in 2020. However, in the category of you can’t make this stuff up, Department of Labor statistics show that BOTH the lowest and the highest unemployment rates the United States had in the last 50 years (since1970), occurred just two months apart last year.
This shows both the speed and the severity of the government imposed economic shutdowns. These were meant to slow the spread and bend the curve of the initial outbreak of the COVID-19 coronavirus. However, evidence shows that the impact of the job loss has been disproportionately born by those at the lower end of the income spectrum.
Why is this? This is the first time we have ever had a recession that has been led by the service side of the economy. Typically, as we go into a recession and people fear job loss, they cut back on building new homes, doing home-improvement projects and buying big ticket items such as cars, appliances and computers. This all leads to a slowdown in the construction and manufacturing side of the economy.
However, the COVID-19 shutdowns largely impacted restaurants, bars, gyms, hotels and salons. This has led to both initial and ongoing job loss in the service side of the economy. These jobs generally have lower wages than higher paid, white collar, professional jobs or skilled trade construction or manufacturing jobs.
This means that those at the lower end of the economy are most at risk. How bad has it been? The chart below, from the Washington Post, shows the impact of the last four recessions on the top 25% of wage earners, compared to the bottom 25% of wage earners. You can see that the bottom 25% fell somewhat behind in the 2001, dot.com/9-11 recession and 2008, Great Financial Crisis recession, in each case, they lost approximately 5% more jobs than top earners did. However, as we shut down the service sector of the economy to slow the spread, you can see that the bottom 25% of wage earners got clocked this time around. 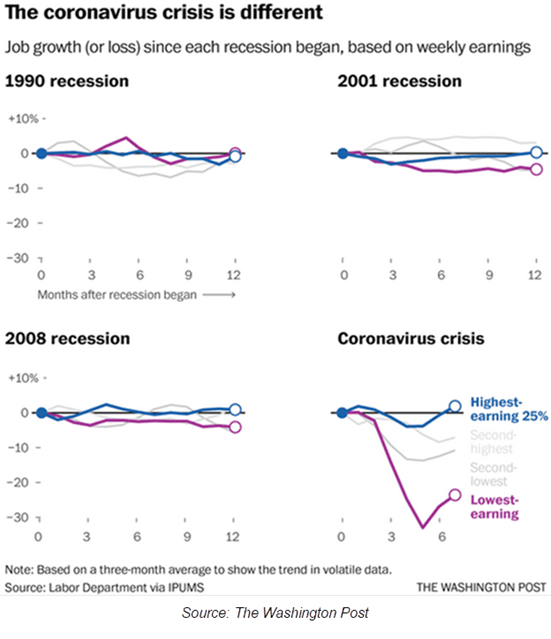 In a recent interview with CNBC, Federal Reserve Bank Governor Lael Brainerd stated that she believes that unemployment for the bottom quartile of workers is probably still above 20%. This comes as the national unemployment rate, which peaked at 14.7% last spring, has come down steadily and now stands at 6.7% nationally. This has led to an uneven, or K- shaped recovery, where people at the top are doing very well while other, lower paid service workers are experiencing substantial hardship.
There are a couple of obvious points we can take from this. First of all, service workers lost jobs largely through no fault of their own. Most of them would prefer to be working and trying to make ends meet through their own employment and earnings. Second of all, we would likely be better utilizing a targeted approach to help the people in need, instead of a shotgun approach where we are spending massive amounts of money sending checks and stimulus to people who have had no change to their job or income status. People have asked the question, why am I getting stimulus checks when nothing changed in my job situation, pension or Social Security checks? I have no good answer. It’s common sense and it’s mathematics. At the end of the day both should matter, just saying.
We will continue to share information and data with you so that you can be well-informed. As the federal government spent $3+ trillion more than it collected in revenue last year and looks to continue substantially more stimulus and deficit spending in the coming year, you should be aware and educated in order to have a voice. It is important as we all continue “Moving Life Forward” together.