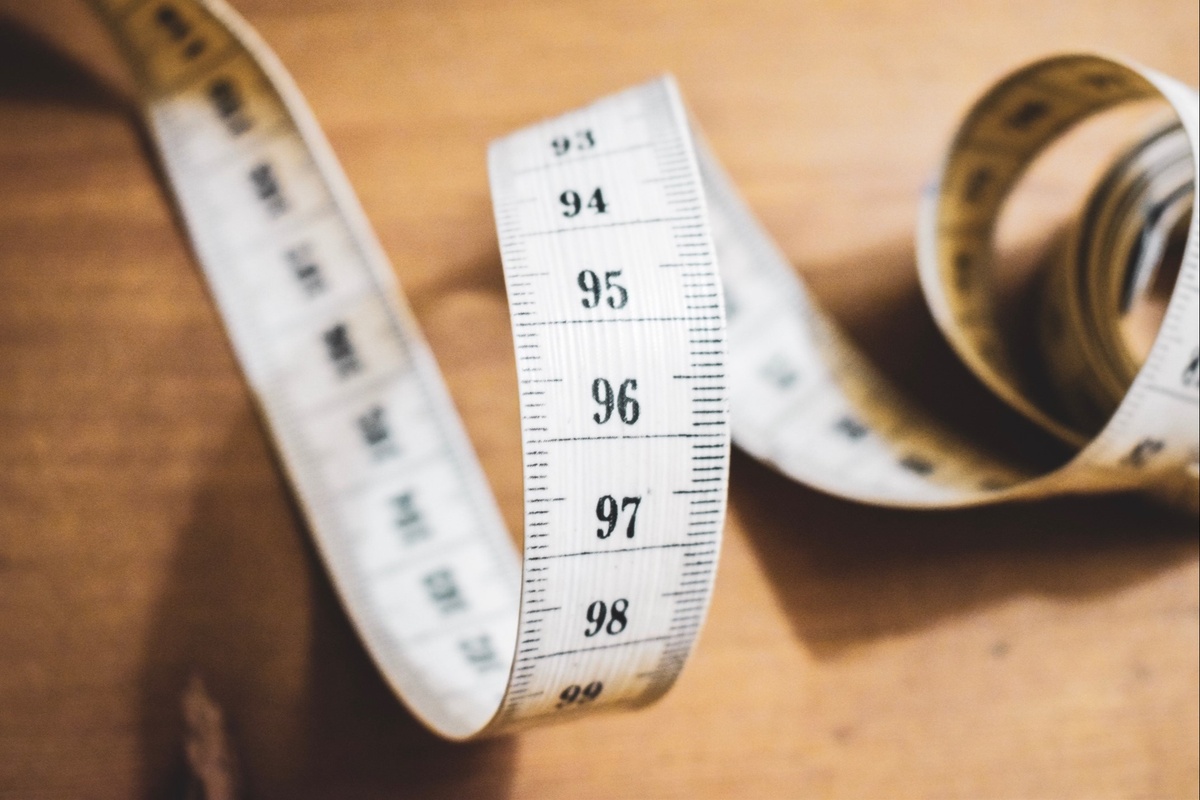 Are We Going to Need TWO Tape Measures??

For those of you who remember the great Cleveland Indians (Guardians??) teams of the mid-90’s, the image below of Jim Thome standing at the plate will be very familiar to you. Jim was born in Peoria, Illinois and received all-state honors in both basketball and baseball at Limestone High School. He went to Illinois Central College and continued playing both sports. In 1989, the Cleveland Indians selected him in the 13th round of the MLB draft as an afterthought. 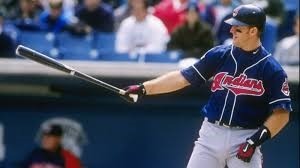 Thome was my favorite player from those memorable teams. He was, by all accounts, a good guy and genuine person. He ended up playing 22 seasons in the major leagues and hit 612 home runs during his career, the eighth most of all time. On the night of July 3, 1999, as the Indians were hosting a doubleheader against the Kansas City Royals, Thome drilled a 3–1 pitch into deep left centerfield, past the last section of bleachers, out of Progressive Field and onto Eagle Avenue.

Please take 30 seconds and click the link below and listen to the home run call from Tom Hamilton, who, in my opinion, is the best announcer in baseball. As you watch the video, you will notice two things. First is Hamilton‘s comment that you will need two tape measures for a home run that long. The second, if you watch closely, is the Kansas City centerfielder who turns to start to run after the ball, only to stop and helplessly look up, as the ball sails 150 feet past where he is standing.

In similar fashion, the Fed needed two tape measures this past week as we had two different measurements on inflation released. The first showed that the Consumer Price Index (CPI) for June rose 9.1% over the last year. This was not only an increase from May’s reading, but it also squashed the idea that inflation had already peaked. It was also the highest reading since November 1981. 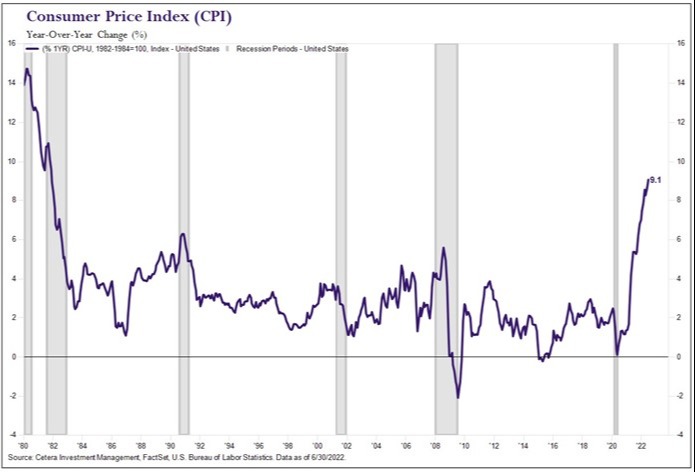 The following day, we needed to pull out a second tape measure, as we got a report on Producer Prices (PPI) which confirmed that inflation was continuing to run hot. Input costs for companies, which ultimately feed into consumer prices on finished goods, rose at a year over a year rate of 11.3%. 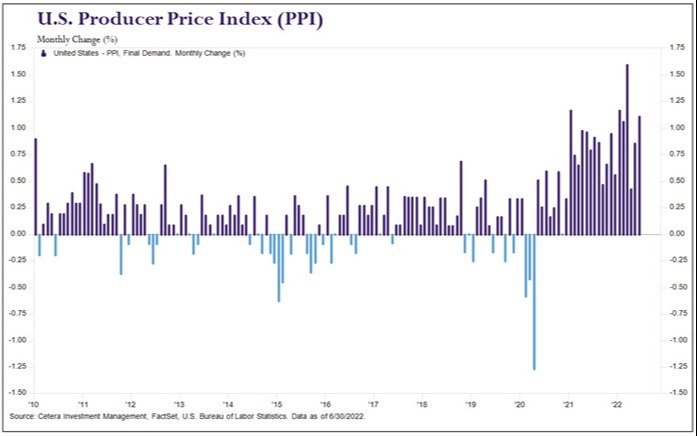 This brings us to the Federal Reserve Bank, which will be meeting on July 26th. As we have discussed previously, they have little power to control the supply side of the economy, they cannot produce more oil or microchips. The best they can hope to do is raise interest rates and increase borrowing costs to help slow the demand for goods and services by making it more expensive to finance them.

After continually pushing what has now proven to be not only a false, but a silly and misconceived notion, that inflation was “temporary or transitory”, Jay Powell of the Fed started their inflation fight way behind the curve.

There had previously been discussions about whether the Fed would raise rates .75% at its’ July meeting. There is now significant talk of them raising interest rates by 1% based on these two inflation measurements. As always, the fear will be that if the Fed raises interest rates too much, too fast, and too late in the cycle that it will ultimately cause a recession. This is something the Certified Financial Planners of Impel Wealth Management are continuing to watch closely.

We know that the supply side of the economy continues to ramp up and that inventories continue to rebuild. This is happening while demand may be dropping due to consumers spending down their hard-earned savings to pay for higher priced energy and groceries. We also see gasoline prices, at least for the moment, starting to moderate. We shall see whether these inputs to CPI can offset wages and housing costs, which are still rising.

Will inflation continue to go yard? After needing two tape measures to measure consumer and producer prices in June, the Fed may feel like the Kansas City centerfielder helplessly watching the inflation ball fly out of the park.

We wanted to put this into perspective for you, as we know the media is sounding alarm bells all around. We think it is important for you to have understanding and context. In the meantime, hit the play button and listen to a joyous Tom Hamilton once again make the call on a historic Jim Thome home run. It will give you something to smile about as we continue “Moving Life Forward.”

The views stated are not necessarily the opinion of Cetera and should not be construed directly or indirectly as an offer to buy or sell any securities mentioned herein.  Due to volatility within the markets mentioned, opinions are subject to change without notice. Information is based on sources believed to be reliable; however, their accuracy or completeness cannot be guaranteed.  Past performance does not guarantee future results. Investors cannot invest directly in indexes. The performance of any index is not indicative of the performance of any investment and does not take into account the effects of inflation and the fees and expenses associated with investing.