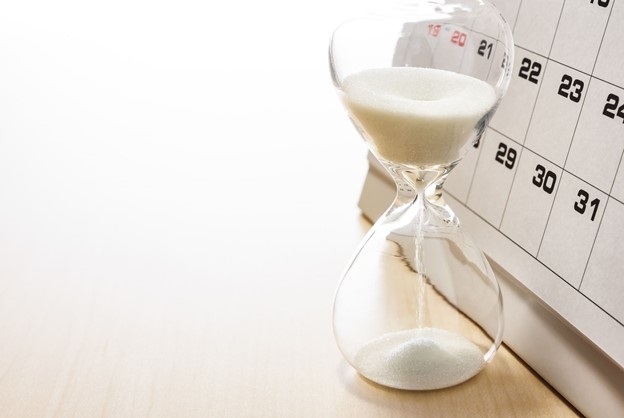 Are We REALLY Socially Secure? Part 2

As we stated in our first installment of this series, the Social Security trustee‘s report was finally released in August, four months later than usual. It showed that the Social Security trust fund is now projected to run out of money in calendar year 2033, one year sooner than the last trustees report showed. Let’s explore what happened and where we stand today.

Because of multiple government delays and shutdowns due to the COVID-19 pandemic, this year‘s report was not released until late August. The report confirmed what most people feared, the trust fund that most Americans rely on to help fund their retirement income will run out of its surplus funding in twelve years, one year sooner than was previously expected.

The main reason for this is twofold. First, when we go through a financial crisis and significant economic recession, many people lose their jobs. As the unemployment rate goes up, fewer people are paying FICA taxes into the Social Security system. This reduces the amount of the projected surplus.

The second thing that happens during periods of time like the dot.com, 9/11 downturn, or the Great Financial Crisis of ‘07-‘08, is that many people who planned to work several more years end up losing their job in their early 60s. Without good job prospects and needing income, many of these people start drawing Social Security benefits at an earlier age than anticipated. This drains funds from the Social Security surplus as well.

As expected, this one-two punch has clocked the Social Security trust fund once again. The Trustees are now stating that the fund will run out of money in calendar year 2033, just 12 years from now. This is one year sooner than was last reported. Importantly, this does not consider the ongoing effects of job loss and lower FICA taxes being paid during calendar year 2021.

In what could be an additional blow to the system, inflation has picked up dramatically this year. Within the next few weeks, the Social Security administration will report what the COLA for Social Security will be for calendar year 2022. As you can see from the chart below, inflation is now running at the highest level since 1991, 30 years ago.

Many people are forecasting that the cost-of-living adjustment for Social Security could be as high as 6%.  This would drain reserves from the system more quickly than expected. It would also be the highest Social Security COLA since the early 1980s, as you can see from the chart below. 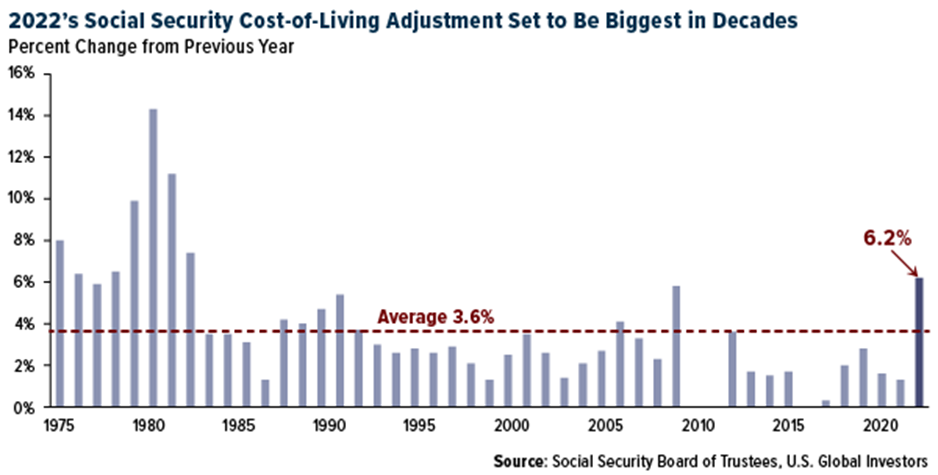 So, where do we go from here? The closer we get to the trust fund surplus running out, the more difficult the choices will be and the more dramatic the changes will need to be to keep the system afloat.

According to the same report, the 75-year projected shortfall for Social Security has tripled in the last 10 years. In 2011, the shortfall was forecasted to be $6.5 trillion in present value, between payroll taxes collected and benefits to be paid out over that time. In the 2021 report, the new net present value of that shortfall is now projected to be $19.8 trillion.

Many people believe that fixing Social Security is a second term presidential issue. It is such a hot button issue and produces such rancor and contention that many presidents have not wanted to address it during the first term for fear of not being reelected. The last president who tried to address fixing Social Security was George W. Bush. Unfortunately, he failed in his attempt. No other president has seriously addressed this since then. At that time, in 2005, the Social Security trust fund was projected to last until calendar year 2044, nearly 40 years down the road. The horizon is getting close, as the new report shows it to be just 12 years away.

Unfortunately, we hear a very little about fixing Social Security. There are four or five levers that the government can maneuver to address this issue. The closer we get the harder and further they will have to pull each of these, in some combination, to fix this problem.

We will continue to monitor this important issue and keep you in the loop if/when any solutions develop, or as we get additional data points that are relevant. It is part of our mission of keeping you informed, as we work to keep “Moving Life Forward” for you and your family.