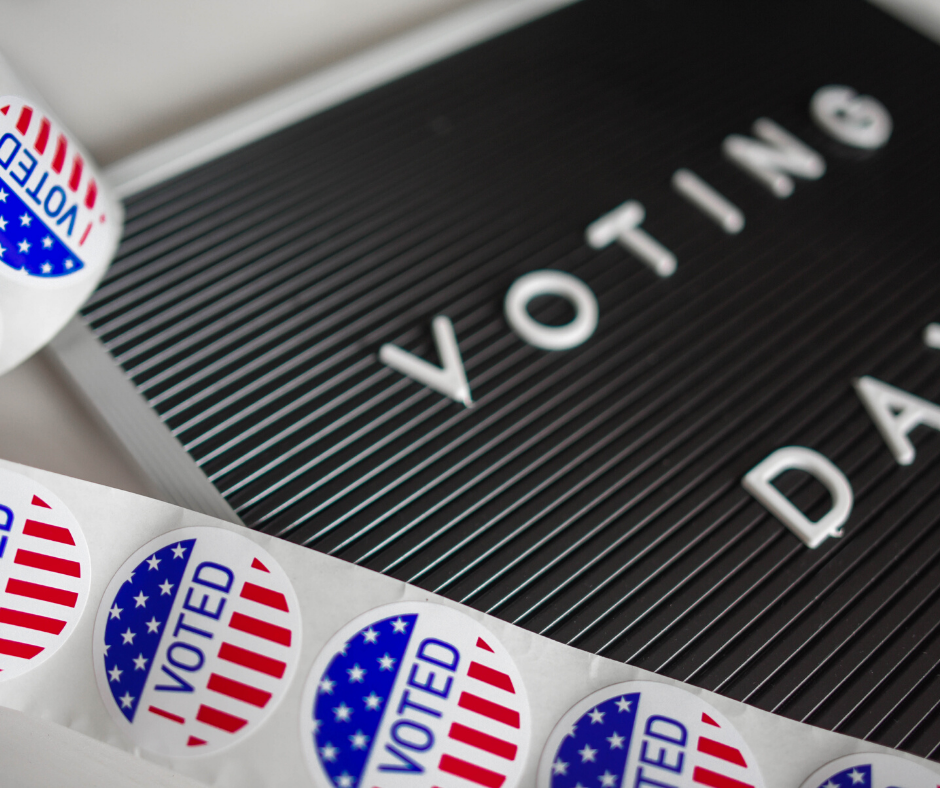 Are You Sick of Politics?

Jesse W. Hurst, II, CFP®, AIF®
February 04, 2020
Share |
It seems like this presidential political season has been going on forever. In reality, it started November 8, 2016, the night most people were caught off guard by Donald Trump being elected.
If you are sick of, or stressed out by the political landscape, you are not alone. According to a recent NBC news poll, 38% of Americans are stressed out by politics. Over 29% have lost their temper as a result of political tensions. Of even greater concern, over 20% of Americans have had a personal friendship damaged by political differences.
With nearly nine months to go until the elections arrive, how can you keep these issues from stressing you out, keeping you up at night or affecting your relationships? First of all, it is important to realize that there have been similarly charged political times in the past, and America has survived and thrived in spite of it. During the course of American history, we have lived through the discontent and struggles of the Civil War, Women's Suffrage and the 1960s protests around the Vietnam War and the Civil Rights movement.
One of the main differences is the fact that there was not 24-hour cable news covering the day's events over and over ad nauseam. We also did not have the internet and social media constantly stirring the pot. One of the downsides of social media is that as you read and like certain posts or articles, you are fed more of the same. The result is that you end up in a one-sided silo. This tends to result in an uneven understanding of topics, and a more divisive view of the world.
I would suggest that we all relax. The United States' society and economy have survived both Democratic and Republican Presidencies and Congresses over the last 100 years...we will likely continue to do so. It would also be helpful if we tried to understand both sides of the debate so that we can have meaningful dialogue and conversation with others, especially those we love and care for.
If politics are making you sick, turn off the TV and read a book, have a conversation or engage in life and activities that are meaningful to you and your family. It will be way more fun and additive to life than watching the political landscape. I suggest we divert our attention to things more important than politics and keep "Moving Life Forward" together. 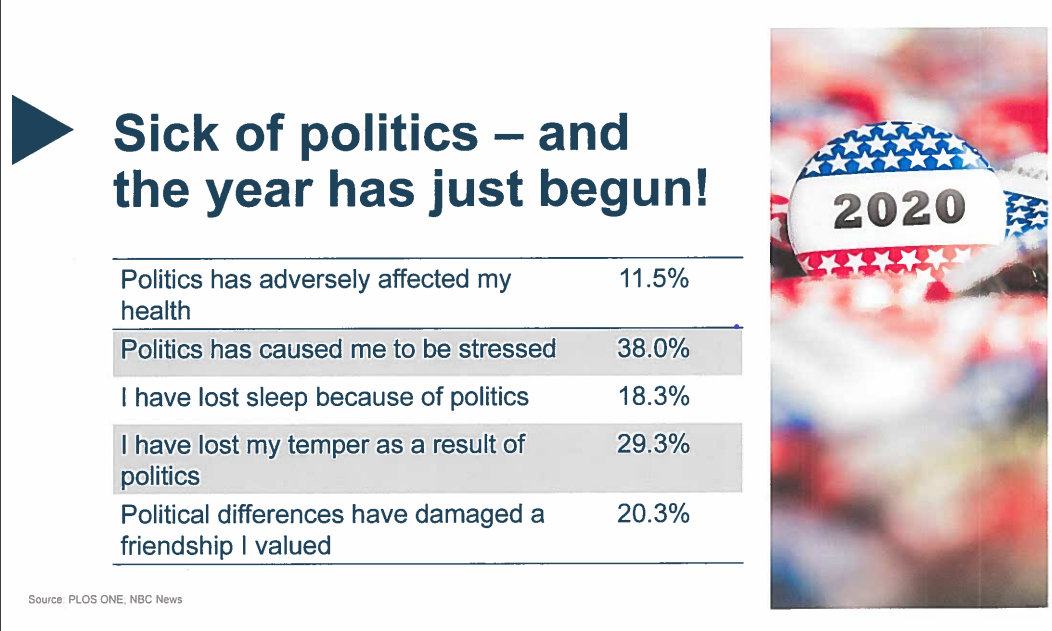