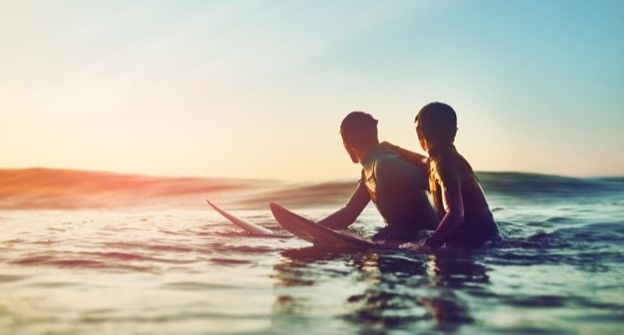 “History does not repeat itself, but it often rhymes” is a quote attributed to Mark Twain, a.k.a. Samuel Clemens. This quote has been used often in political and economic realms. However, today I am going to be using it to discuss family. 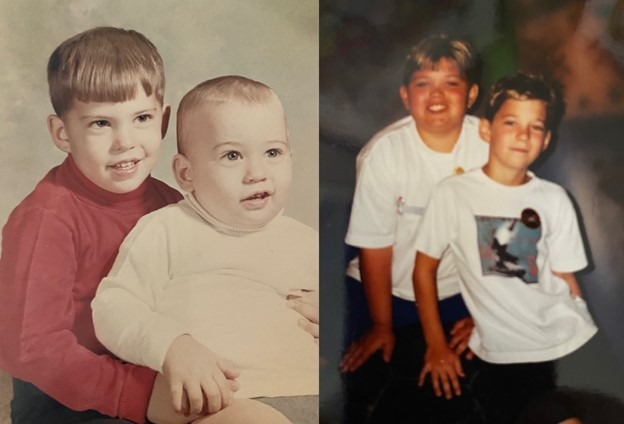 Craig and I grew up playing sports in the neighborhood together. As he was two years younger than me, he quickly learned to keep up with my friends on the baseball field and basketball court. It helped that he was a naturally gifted athlete, who oftentimes didn’t realize how good he was.

Craig was a scholarship baseball player at the University of Ashland where he double majored in economics and finance.

He subsequently went through the Navy’s Officer Candidate School in Pensacola, Florida where he finished first in his class. He spent nearly 11 years serving our country, first as an instructor for nuclear subs, before getting his MBA and becoming a supply and logistics officer on the USS Eisenhower based out of Norfolk Virginia.

When Craig left the Navy, he moved in to supply chain and logistics for Johnson & Johnson. He then subsequently went to Georgia Pacific where he has been for more than a dozen years. As I can attest firsthand, the stress and grind of work life can lead to poor nutrition and exercise habits. You must be very disciplined and intentional to pursue a healthy lifestyle.

Craig was a victim of that stress and lifestyle strain for many years. The good news is that approximately a year and a half ago, he refocused his attention on getting fit and healthy. He changed his diet and exercise regime. He has done this with much success.

On Saturday, September 24th, Craig, who lives in Virginia with his wife Donna and my niece Taylor, came back to his hometown of Akron to run his first 1/2 marathon. It was a chilly morning in Akron, but Craig clocked in at 1:46. 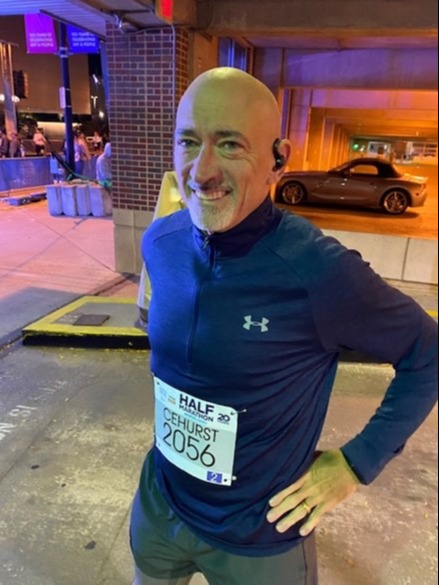 I am very proud of my brother both personally and professionally. I am glad that he chose to run his first big race back home where we could cheer him on and spend time together after the race. I have included a few pictures from the day, including one of him after the race with my beautiful, southern belle sister-in-law Donna. I appreciate all she has done to help support Craig through this endeavor. 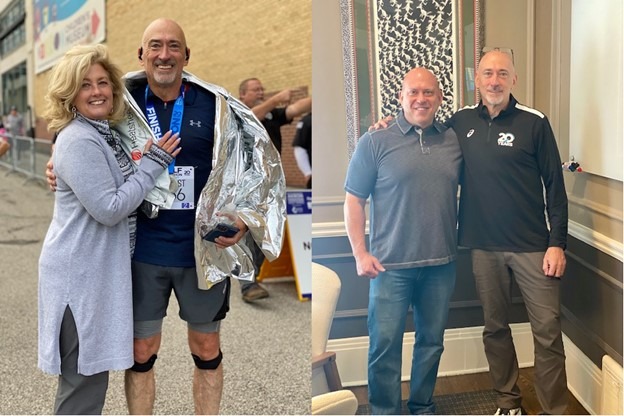 As many of you share stories and events that help give life meaning and value, I wanted to take a moment to brag on my brother and share this milestone event with you. As I have talked about many times before, shared experiences and memories only go up in value over time. Thank you for allowing me to share, I hope you will continue to do the same. It is important to stay focused on what is truly important as we continue “Moving Life Forward”.