Can We Pursue Happyness?

The Pursuit of Happyness is a 2006 biographical drama film starring Will Smith as Chris Gardner, a homeless salesman. Smith's son Jaden Smith co-stars, making his film debut as Gardner's son, Christopher Jr. It is based on Gardner's nearly one-year struggle being homeless. The unusual spelling of the film's title comes from a mural that Gardner sees on the wall outside the daycare facility his son attended. 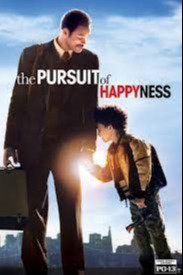 Jon Clifton believes that corporate and global leaders have an opportunity and a responsibility to help us find more Happyness. Mr. Clifton is the CEO of Gallup the nationally known polling company.

Ed D’Agostino of Mauldin Economics interviewed Jon recently, and one particular topic stuck out to me the most. There have been massive and revolutionary technological advances that we have experienced over the last few decades. By and large, these have improved efficiency, access to information, and quality of life.

According to Mr. Clifton, this has not led people to enjoy happier lives. Based on polling by the Gallup organization, approximately 3% of people said they were enjoying their best life, while approximately 1.5% said they were living their worst life fifteen years ago. Now approximately 8% of people say they are enjoying their best life while the same number say they are living their worst life. This means the number of people living with pain, misery, and pessimism has more than quadrupled in that time. 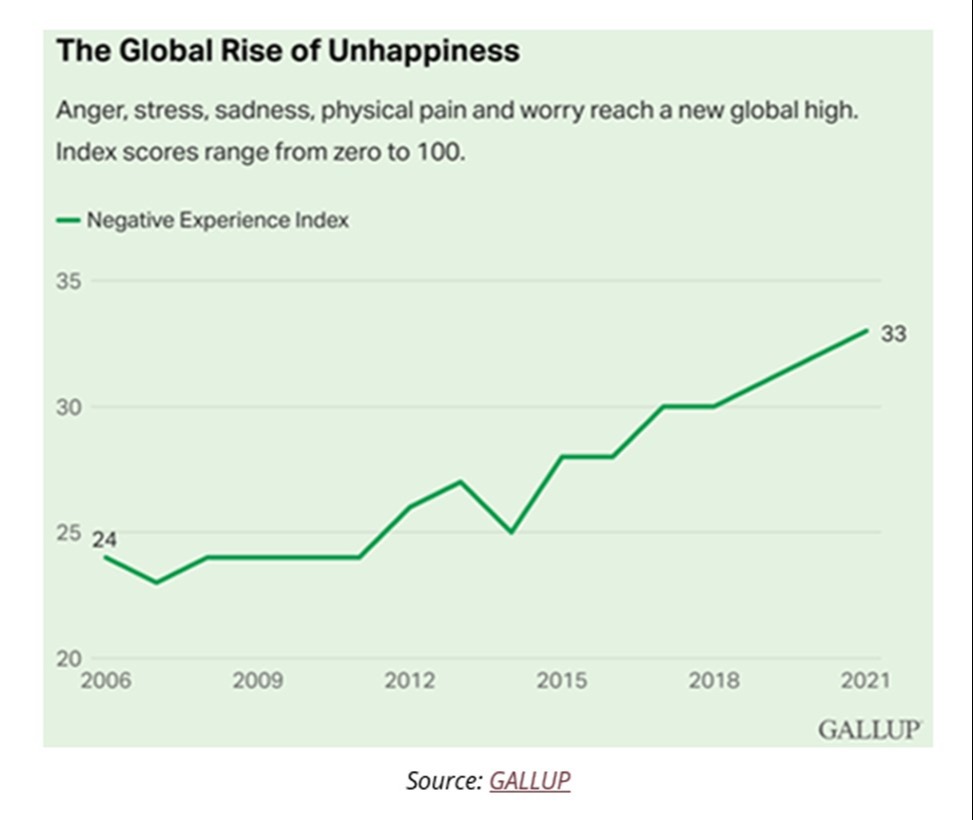 As you can see in the chart above, the percentage of people reporting anger, stress, sadness, physical pain and worry, something Gallup defines as “Negative Experience Index”, has hit a new all-time global high.

This is a frustrating and disturbing trend, and Jon urges leaders to pay more attention to well-being and happiness. It also takes steps to show them how to address this in the lives of citizens and their employees. It discusses five key elements of a great life, and how the world can move in a better direction to help people, regardless of where they are today.

In the interview, Jon states that leaders tend to pay close attention to quantitative data such as GDP, unemployment, or profitability, very few pay attention to the qualitative factors that affect both their employees and the general population‘s well-being. It seems that many leaders put so much emphasis on IQ (intelligence quotient), that they miss the importance of EQ (emotional intelligence).

In a world defined by divisiveness, as well as growing gaps in income, wealth, housing, and education, it is critical to address these issues positively and proactively. Just as Chris Gardner and his son find Happyness at the end of the movie, as well as great success in real life, I think it is important for all of us to be concerned and better-informed citizens as we use our blessings to help others continue “Moving Life Forward”.