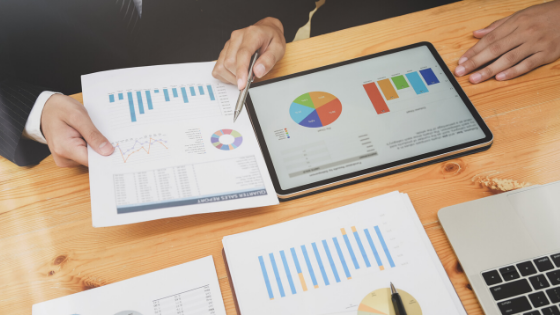 Jesse W. Hurst, II, CFP®, AIF®
April 08, 2020
Share |
We are at a point of maximum uncertainty from both a public health and an economic standpoint. It seems like the COVID-19 coronavirus has become the biggest public health crisis since the Spanish flu of 1918, over 100 years ago.
I had done three weeks of travel to Denver, South Florida, and Las Vegas in the five weeks leading up to the end of February. Up until that moment, there was no visible evidence of an economic slowdown. Quite the contrary, every airport, hotel, conference center, shopping area, and restaurant was packed and full of people. Social distancing was obviously not at the front of anybody's mind, behavior, or vocabulary.
Then, everything ground to a halt as we slowly put the economy into a medically induced coma during the month of March, which has now been extended through the end of April. To offset the effects of this coma, we have applied massive monetary and fiscal stimulus.
The monetary stimulus has come from the Federal Reserve Bank lowering interest rates, lending to anyone who will take money, and buying bonds to provide liquidity in the markets. The fiscal stimulus has come in the form of three bills passed by Congress and signed by the President to provide medical and economic relief to individuals and businesses across the country. The first bill provided $8.3 billion of relief and aid, the second was much larger at over $100 billion. The third, which was passed a week ago Friday, was more than $2.2 trillion.
The impact of all of this to individuals, the healthcare system, and the economy is not only uncertain but unknowable as these moves are unprecedented. However, in my more than 30 years in the business, we have lived through other terrifying "black swan" events such as the stock market crash of '87, the 9/11 terrorist attacks, and the financial crisis of '08 - '09.
Each of these unique and unprecedented events created a moment of maximum uncertainty, such as we are dealing with now. They were also each followed by significant economic expansions that greatly increased the value of people's investment portfolios, but only if they had time, patience, and belief in free markets and capitalism.
To that end, I present Exhibit A. An article that I have kept since the very bottom of the market on March 9, 2009. It is from Financial Planning Magazine and it stated that at that moment the cash in money market funds had risen to more than $3.9 trillion, an all-time record. Think about that, at the moment of maximum opportunity, when investment markets were at significant discount to their previous levels, people had their money in cash due to fear. A picture of that article is attached. You will note that I highlighted the amount of money and wrote next to that with my highlighter pen "cash=fear".
Flash forward to March 2020 and I present Exhibit B. A recent chart from Bloomberg shows that money market funds have risen to a higher level than they were in March 2009, the last time there was great uncertainty and stocks were on sale at a significant discount.
I often quote Warren Buffett in times like this. However, today I would like to quote Howard Marks of Oaktree Capital Management, an investment legend in his own right. His March 31st memo states that the "Most important thing is to be ready to respond and take advantage of declines". This is important as the point of maximum uncertainty correlates to the moment of maximum opportunity.
We have absolutely no way of knowing whether the stock market's next 20% move will be up or down. However, we have great faith in the direction of the next 100% move. We want to encourage everyone that we are placed on this earth to help not to miss it.
Have faith, this too shall pass as we keep "Moving Life Forward".
Jess
*Investors cannot directly invest in indices. Past performance does not guarantee future results.
*Investments in securities do not offer a fix rate of return. Principal, yield and/or share price will fluctuate with changes in market conditions and, when sold or redeemed, you may receive more or less than originally invested. No system or financial planning strategy can guarantee future results.
Exhibit A 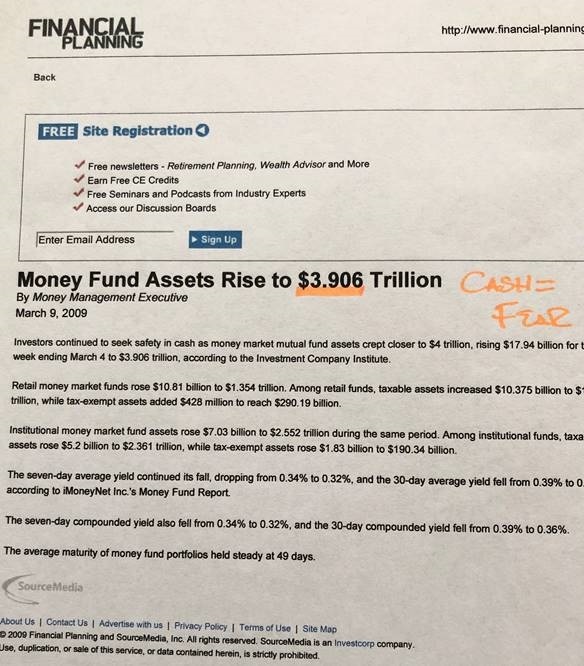 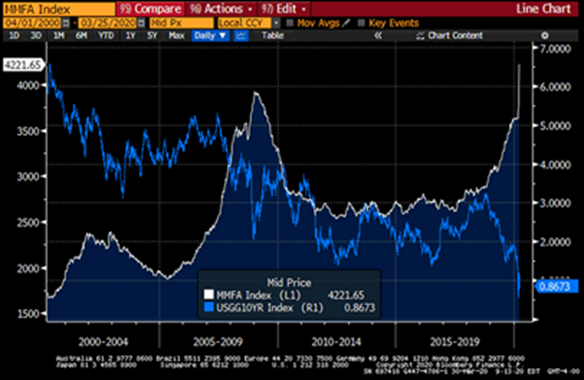