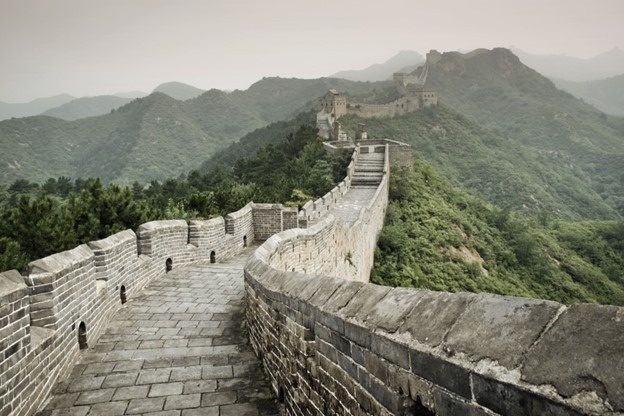 The 2001 PBS episode of Frontline was entitled The Monster That Ate Hollywood. It was touted as a scary story about giant predators (multinational conglomerates) and greedy villains (studio executives), with huge marketing budgets and futuristic technology coming together to destroy the heroic underdogs (struggling independent filmmakers).

The show points out the differences between smaller, lesser-known films that tell really interesting stories with characters who were compelling, but often flawed. It allowed people to see themselves in the role of the hero. The contention is that the movie business has moved towards large scale spectaculars that are driven by computer-generated images and marketed by studios with huge budgets. This, in essence, swallowing up the smaller, independent filmmakers

To people in Western Europe or the Americas,﻿ the role of the giant movie studio with unlimited people and resources is played globally by China. How big is China? The map below gives us some idea. It allows us to visually compare different Chinese provinces to a country that has a similar size population. You can see that even smaller regions of China could easily swallow up the United Kingdom, France, Germany, and Italy, as well as many other Asian and African countries. 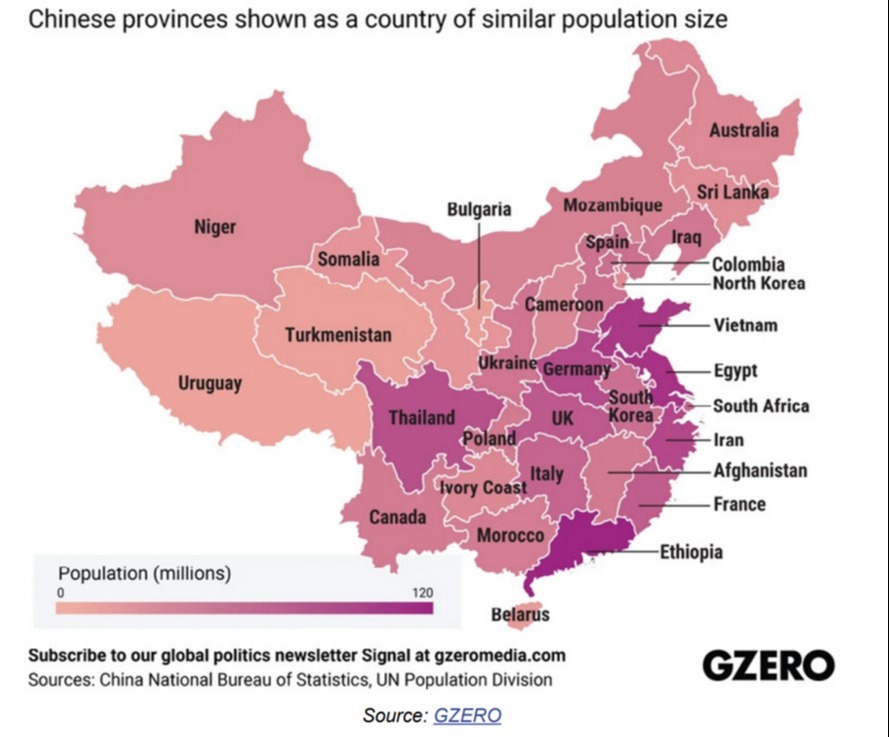 We saw this play out in April and May of this year when much of Shanghai’s population was locked in their homes for 4 to 6 weeks. Shanghai happens to be the second largest port city in the world. The closing of their harbor for this length of time greatly exacerbated already strained supply chain issues.

This is important because recently there have been a number of Chinese cities put into lockdown again. According to the chart below from economist Jim Bianco and Goldman Sachs Global Investment Research, approximately 35% of China’s output is now being constrained by new Covid lockdowns. This data was from September 2nd. 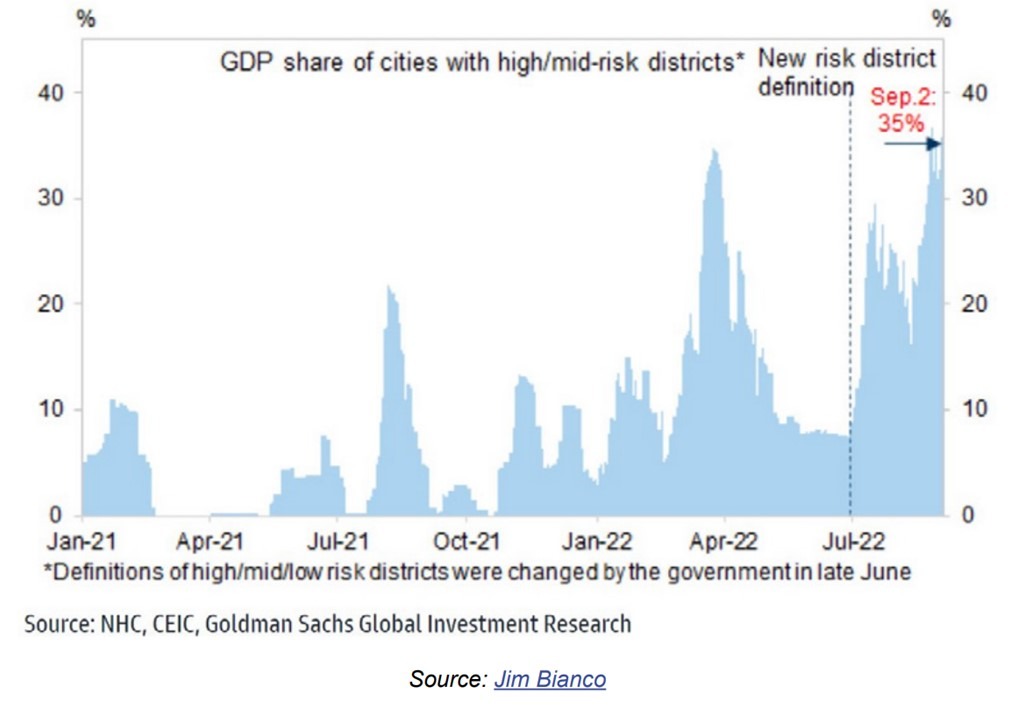 Will this further delay our supply chains getting back to normal in the near term? This is something we will continue to follow. We know that a lack of supply drives prices, and therefore inflation higher. Just as large movie production companies have swallowed up many of the small independent studios, we know a lot of our manufacturing and supply chain as swallowed up by China since its entry into the WTO over 20 years ago.

This is important for us to keep a close eye on as the Federal Reserve Bank continues to raise interest rates aggressively to fight inflation. We wanted to keep you in the loop as we thought these recent developments could have impact on you, our trusted friends and clients. We will continue to monitor these events and keep you informed as we keep “Moving Life Forward”.

The views depicted in this material are for information purposes only and are not necessarily those of Cetera Advisors LLC. They should not be considered specific advice or recommendations for any individual.