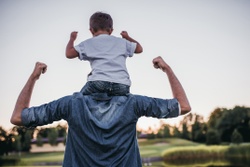 In 1973, Bob Dylan and The Band recorded the song Forever Young for Dylan’s 14th studio album, Planet Waves. The song was originally written as a lullaby for his oldest son Jesse, who was born in 1966. As you can see from the lyrics below, the song shares a father’s hopes and dreams that his child will remain strong and happy in life. 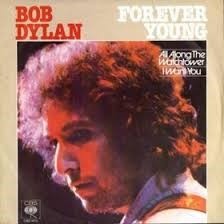 Song by Bob Dylan and The Band

In an interesting bit of irony, it appears that we cannot come to agreement on whether we are getting older here in the United States. On the one hand, a recent global study indicated that life expectancy in calendar year 2020 had dropped approximately two years from approximately 79 years in 2019, to 77 years from the most recent data in the study.

The decline of 1.87 years life expectancy was largely due to the COVID-19 pandemic. Unfortunately for those of us living in the United States, this was the sharpest drop among 21 other developed and high-income countries reviewed in the study. US Covid mortality was among the highest in the world and caused more deaths in 2020 other than heart disease and cancer.

This was caused partly by how we managed, or mismanaged, the pandemic across the United States. However, these numbers were exacerbated by the high rate of heart disease, diabetes and other long-term chronic conditions Americans suffer from according to the study. This caused the biggest decrease in life expectancy in the United States since World War II.

In what seems to be an even more unusual coincidence, at the beginning of this year the IRS released new life expectancy tables for calculating required minimum distributions. The so-called uniform lifetime table had not been updated since 2003.

Luckily for those age 72 and older who are required to take minimum distributions from their retirement accounts each year, the IRS updated the table to reflect assumptions of longer life expectancies due to the fact that they had completed their work prior to the COVID-19 pandemic.

The longer life expectancies in the new table means smaller distributions, and therefore smaller tax liabilities, required each year for money withdrawn from your IRA accounts. The advisors at Impel Wealth Management have updated our systems, and we will be taking these new tables into account in our retirement income planning with you this year.

Just as these two data points give alternate views of life expectancy in the United States, there is also a second version of the song Forever Young. This one was written by Rod Stewart and released on his 1988 album Out of Order. Although the melody is different, the structure of the lyrics in the song were similar enough to Bob Dylan‘s above that Stewart reached out to Dylan and the two men agreed to participate in ownership of the song and share in its royalties.

And when you fin'lly fly away, I'll be hoping that I served you well.
For all the wisdom of a lifetime, no one can ever tell.
But whatever road you choose, I'm right behind you win or lose, 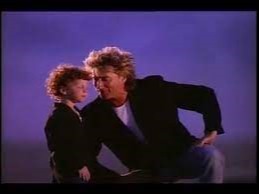 We know that there are challenges with life expectancy and health in the United States. These are complex issues and need to be addressed in a holistic and systematic way by individuals, the medical community, the healthcare system, and the federal government. While this is far too big of a subject tackle in a few paragraphs here, we certainly hope that this information is valuable to you, and we hope that you stay forever young as we continue “Moving Life Forward”.