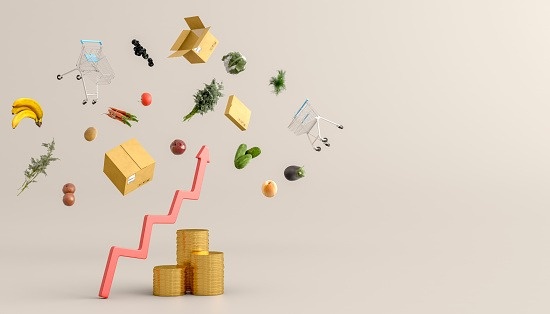 "Head over Heels" was the first single by the all-female pop rock/new wave band the Go-Go's. It was released in 1984 from their third studio album, Talk Show. 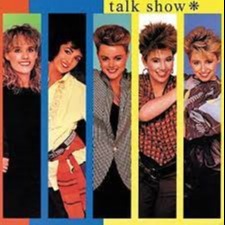 The Go-Go’s inspired a musical on Broadway in 2018, also called Head Over Heels. In 2021, the band was inducted into the Rock ‘n’ Roll Hall of Fame by longtime fan Drew Barrymore. For those of you who need a reminder, a link to the song and the video is included below and select lyrics from the song are in italics throughout this post.

Unfortunately, recent data from the US Census Bureau shows that many Americans are also head over heels today. In a poll conducted in late June and early July, nearly 40% of adults are reporting that they are having difficulty paying their bills. That is higher than it was at the peak of the initial COVID-19 pandemic in the spring of 2020.

Remember that then, the federal government stepped in and passed the CARES Act, just two weeks after the initial lockdowns in March. This provided what was supposed to be temporary relief to Americans forced out of the workplace by the outbreak. Provisions included stimulus checks and enhanced unemployment benefits meant to help people bridge the gap.

However, as with most quickly designed government responses, there have been unintended consequences both in the short and long run. These include nearly 3 million people permanently dropping out of the workforce, the highest inflation in 40 years, and massive amounts of new government debt (which I plan to write about soon).

The Census Bureau first started asking this question two years ago. At that time just over 30% of respondents reported that they were having difficulty paying their normal household bills. As the economy started to re-open over the next year, that number declined. However, with no additional stimulus checks or pandemic relief, and with inflation causing gasoline, grocery, and utility bills to move significantly higher, many families are feeling significant financial pressure and having to make difficult decisions.

One hand's just reaching out
And one's just hangin' on

Another recent report from the state of New York comptroller shows that nearly 1 out of 8 residents is behind on their utility bills. The amount of money owed by residents in that state has nearly doubled over the last two years.

Data shows that more than 30% of US households have reduced expenses for basic household and family necessities such as medicine or food to pay their utility bills. People are turning up their thermostats to what is considered unhealthy levels in order to try to reduce their costs. Recent evidence shows that some employees may return to the office instead of working remotely to reduce home heating costs.

This is not just a US, but it is a global issue. Russian natural gas is no longer flowing through the Nord Stream pipeline, due to “mechanical and maintenance” issues. Therefore, in Europe the cost of natural gas is going to be significantly higher, and availability is going to be even more limited there. This portends a very dark and dismal winter across the Atlantic Ocean.

These are problems that most people in the developed world would not have imagined just a few years ago. It seems that quick and cheap solutions are few, and consumers are having to pick the least bad option for their family.

The Go-Go’s sang about being Head Over Heels nearly 40 years ago, as we were coming out of our last major bout of double digit inflation. Unfortunately, as we are dealing with persistent inflation just below that level, and as the Federal Reserve Bank is raising rates aggressively, after acknowledging the problem and taking steps to solve it much too late, it seems like many of our friends and neighbors are also head over heels…not having enough cashflow to pay the higher cost of living we are all experiencing.

This is leading to savings rates dropping and debt levels rising across the country. All of this as economists debate whether we are already in a recession or whether one is just around the corner. It is important to be aware of what is really going on from an economic and financial standpoint in the world today. We want to help you, our trusted friends and clients, put things in context as we “Move Life Forward”.

The views stated are not necessarily the opinion of Cetera and should not be construed directly or indirectly as an offer to buy or sell any securities mentioned herein. Due to volatility within the markets mentioned, opinions are subject to change without notice. Information is based on sources believed to be reliable; however, their accuracy or completeness cannot be guaranteed. Past performance does not guarantee future results.