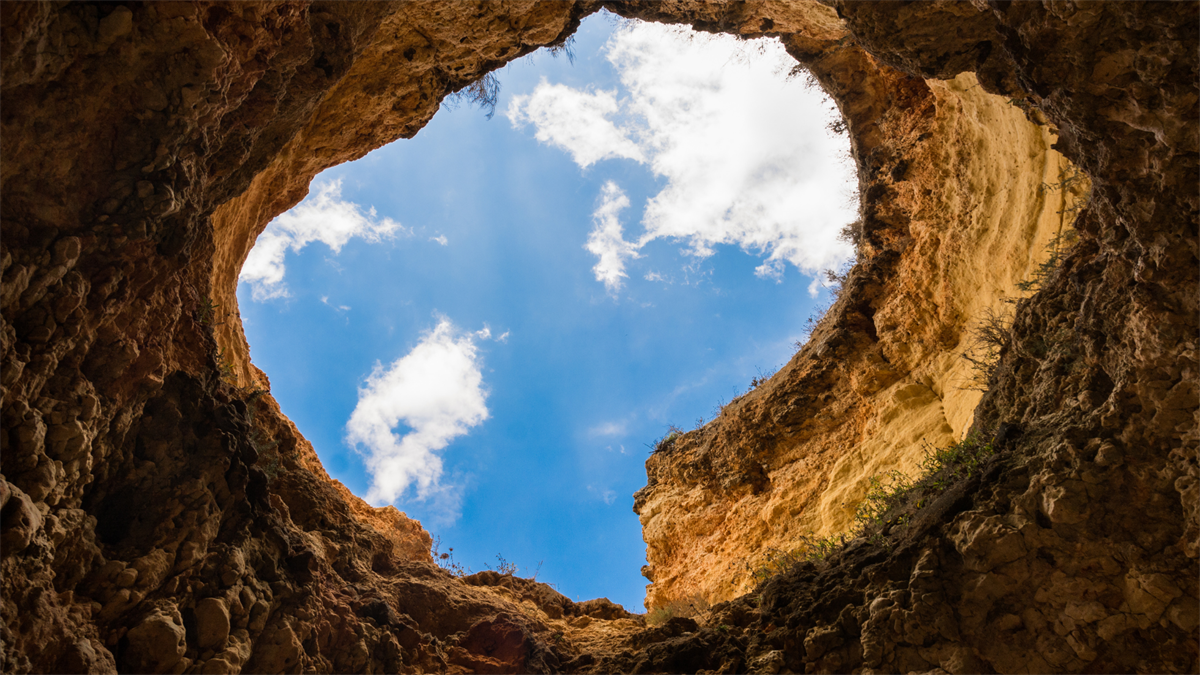 How DEEP and How WIDE?

Jesse W. Hurst, II, CFP®, AIF®
January 07, 2021
Share |
They say that a picture is worth 1,000 words. In the case of the picture below, a picture is actually worth trillions of dollars.
Our friends at JPMorgan Asset Management provided us with a chart of all of the recessions since 1910. They show both the duration of the recession by number of years, and the severity of the recession based on the percentage of GDP decline, which is represented by the size of the circle. 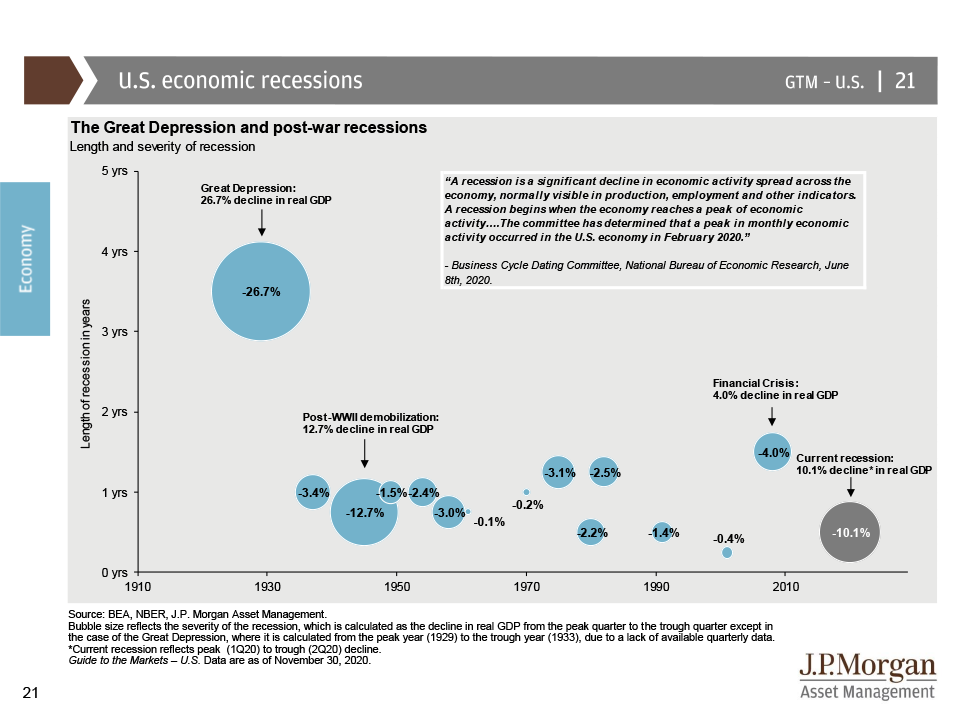 As you can see, the Great Depression, which lasted years, was our most severe decline. We saw GDP drop 26.7%, meaning that we lost more than a quarter of the entire US economic output during that time period.
While most recessions feel awful and the media trumpets how horrible things are while we are in the midst of them, you can see from the chart that most of them are not that severe in terms of GDP loss. Prior to this year's COVID-19, coronavirus induced recession, the most severe downturn we had seen since the Great Depression was the recession that occurred just after World War II. At that time, we were demobilizing the war machine that supported the effort both in the European and in Asian theaters. That downturn caused the US economy, as measured by GDP, to decline by 12.7%.
All recessions feel painful when you are in the middle of them. This includes the 3.1% contraction felt in the early 1970s during the Arab Oil Embargo, the double dip recessions that of the early ‘80’s that were each -2%-2.5%, as the Federal Reserve Bank was raising interest rates in an effort to squash hyperinflation.
We even note that the Great Recession that coincided with the financial crisis from October of 2007 to June of 2009 saw a 4% contraction. This was the largest since the post-World War II recession. Most of us remember living through the market volatility and daily headlines. It was a scary time for the financial system, which was teetering on the brink due to significant losses related to defaults in subprime mortgages, too much leverage and reckless real estate lending standards.
That bring us to 2020 and the COVID-19 recession, which is by far the worst recession we have had since World War II, but it may also turn out to be one of the shortest. This recession was self-induced via economic shut-downs, social distancing, and quarantines meant to bend the curve and slow the initial spread of the coronavirus outbreak. As these restrictions were lifted and massive fiscal and monetary stimulus were thrown at the economy, fears of a contraction rivaling the Great Depression, proved to be overstated and untrue.
The economy suffered its worst quarterly contraction since The Great Depression in the April to June time period of this year. However, this was followed by the strongest quarter ever in U.S. history as the economy began to reopen. The combination of the CARES Act, a $2.2T stimulus package passing, along with the Federal Reserve bank cutting interest rates and opening up a number of lending and liquidity facilities in order to back the bond market and banking system has allowed the economy and the job market to rebound more quickly than anybody would have expected.
As a matter of fact, the Atlanta Federal Reserve Bank tracks GDP on a real-time basis. They are currently projecting that fourth quarter GDP could rebound as much as an additional 11%. If that were to happen, we would completely recover the economic losses of the first and second quarter...all in the same year!! That's still a big IF, but we will likely get there sooner than later. This is all helped by the fact that the election is moving into the rearview mirror and the vaccines are coming into view through the windshield of the future. That would make this not only the deepest but shortest recession that we have had in over 70 years.
There are a lot of negative headlines being trumpeted by the media that cause great fear for people. We thought that this chart and explanation would help put things in their proper context. We know it is hard to fight emotional battles with factual retorts. However, we believed that this picture and narrative was a story worth telling. It is important that we understand the rest of the story as we continue “Moving Life Forward”.