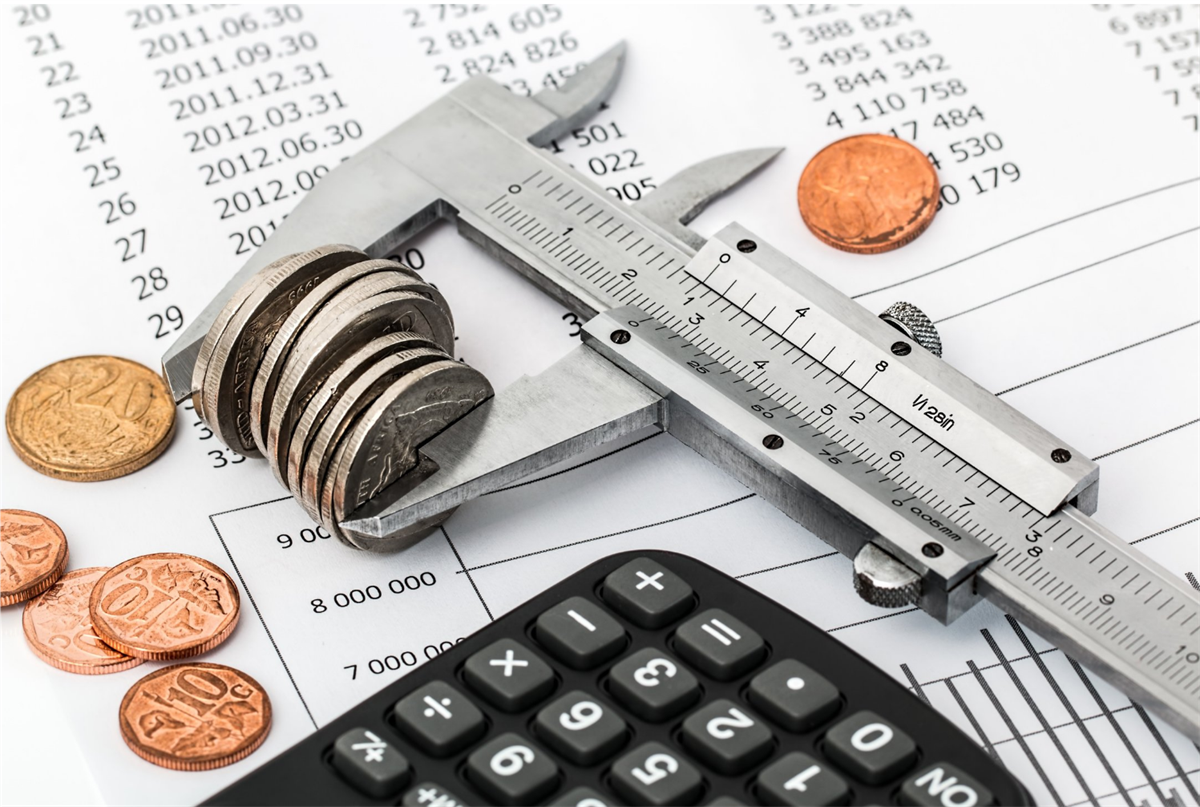 How Do We Measure Inflation?

A recent report from Advisor Perspectives shows some conflicting information about the Consumer Price Index, CPI, the way it is measured, and how it compares to its underlying price components.

As you can see from the chart below, since 2000, the CPI has gone up 62.5%, approximately 2.25% per year. Core CPI, which excludes the volatile categories of food and energy, has gone up slightly less at 56.9%. From these numbers alone, it would appear that consumer inflation is relatively tame and has been under control for most of the last two decades. The chart shows that there are eight different components measured within CPI.

What is interesting is what is measured and what is not.

Notably, energy, which has gone up 119.8% during this time, is not included. Neither is college tuition and fees, which have gone up a staggering 172% over the period. However medical care is and has gone up substantially more than other CPI components, rising 106.6%. It would appear that inflation is relatively low and under control, assuming that you are not paying any money for energy, healthcare, or education. This is not something that many people can do. 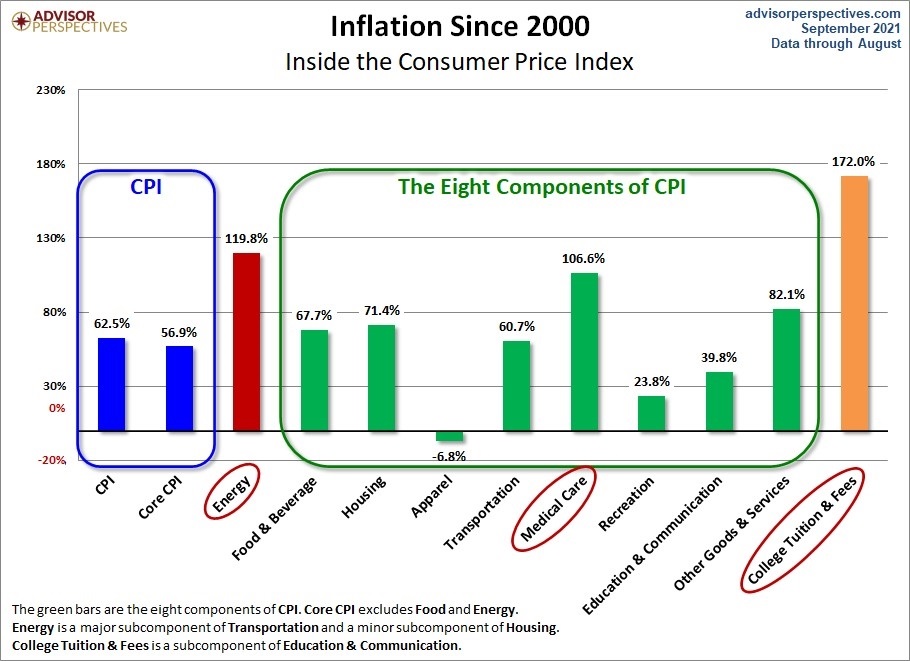 Let me now shine a light on a second issue with the way we measure inflation. As you can see from the next chart provided by Bloomberg and RSM, the biggest weighting in CPI is something known as owner’s equivalent rent, 0ER, which makes up more than 23% of the index. Most people have never heard of 0ER.

The Bureau of Labor Statistics gets this number from doing a monthly phone survey. Respondents are asked if they rent or own their home. Renters are asked how much they pay each month. Homeowners are asked what they would charge somebody to live in their home if it were empty and unfurnished. This makes this number completely subjective. How many of you have thought what you would charge to let somebody rent your home? And how many of you have thought about when/if you would raise or lower rent on a regular basis? The answer to this question composes nearly a quarter of what we think of as inflation that is reported monthly by BLS. 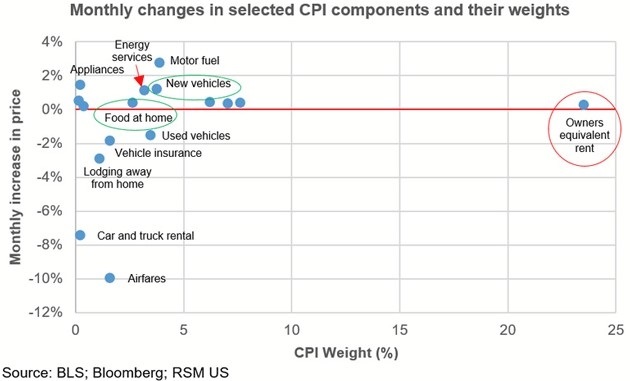 To further show how much this number is disconnected from what is going on in the real world, please review our final chart of the day. It shows that rents have risen by more than 5%, on a year-over-year basis, according to Zillow. However, owner’s equivalent rent only went up 2.6%...nearly 3% less. This tells us that the largest component of CPI is being under reported by nearly 3% on a year over the last year. 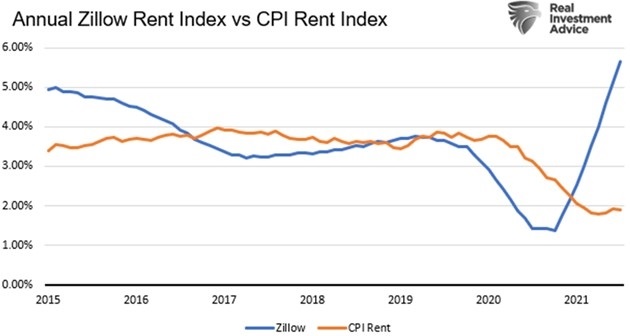 We are hearing anecdotal stories from clients every week about how rising costs for many items, as well as supply chain disruptions on everything from technology devices, to home appliances, to especially automobiles, is impacting their lives.  We also know that the Producer Price Index, PPI, rose to a record high last month. This tells us that producer prices, which eventually feed into consumer prices, are still running very hot.

We are not saying that there is anything unethical or nefarious about the way the government reports these numbers. We simply want you to know that in a very large and complex economy, there are substantial issues and distortions in the reporting of data. We want you to be informed as you read and hear about these issues in the media and online.

Keeping you informed is part of our mission as we continue “Moving Life Forward” together. Please continue to share your stories and let us know if you have questions. We are here for you.