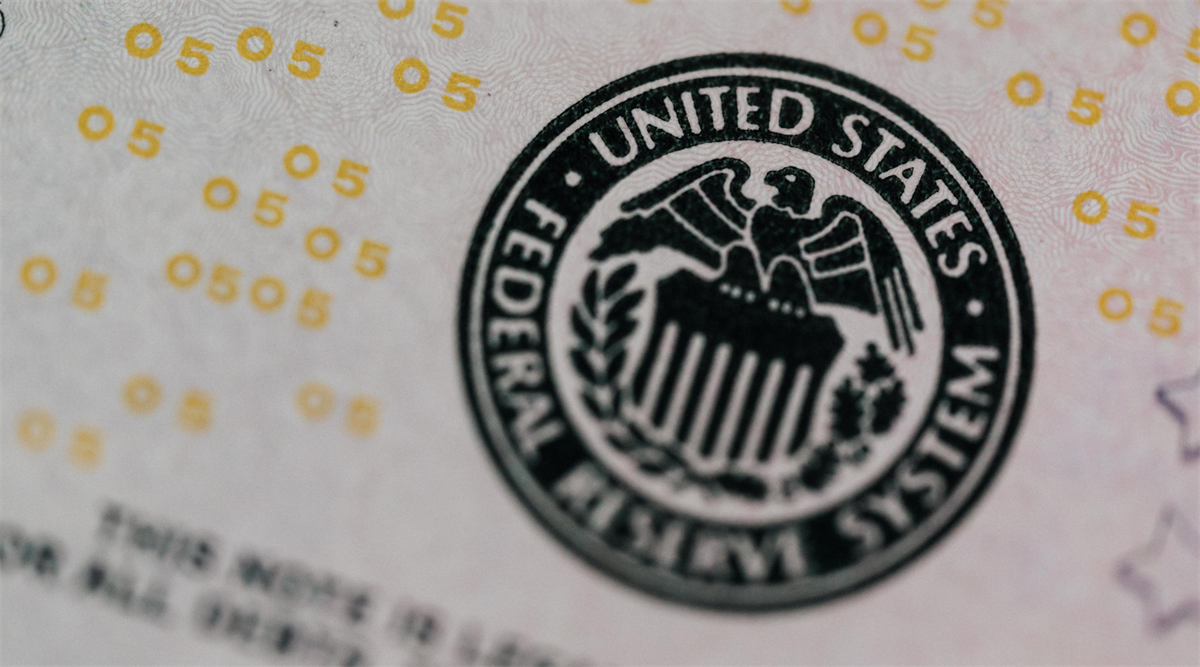 How in the World are We going to Pay For This??

Jesse W. Hurst, II, CFP®, AIF®
August 27, 2020
Share |
The word "unprecedented" has been bandied around a lot over the last six months. However, it is certainly appropriate when we think about the enormous amount of money that has been spent by the Federal Government to support individuals, businesses and the economy during the viral outbreak and mandated economic shutdowns.
In 2019, economist and market strategist John Mauldin wrote an article in which he tried to ring the warning bell about growing future deficit and debt. As you can see in the graph below, he was showing the steadily growing expenses of the government on an annual basis. These included mandatory, defense, interest and discretionary spending of the government from calendar year 2000 forward.
The black line in the chart shows tax revenues collected. You can see the dip in those revenues during the '07-'08 Great Financial Crisis. The lower revenues and government stimulus spending led to several years of annual deficits in excess of $1 trillion. To the right of the dotted line, he tried to project how big the deficit could potentially grow during the next recession. His concern was that a future recession would lead to deficits in excess of $2 trillion annually. The projections were actually based on numbers from the Congressional Budget Office, CBO. 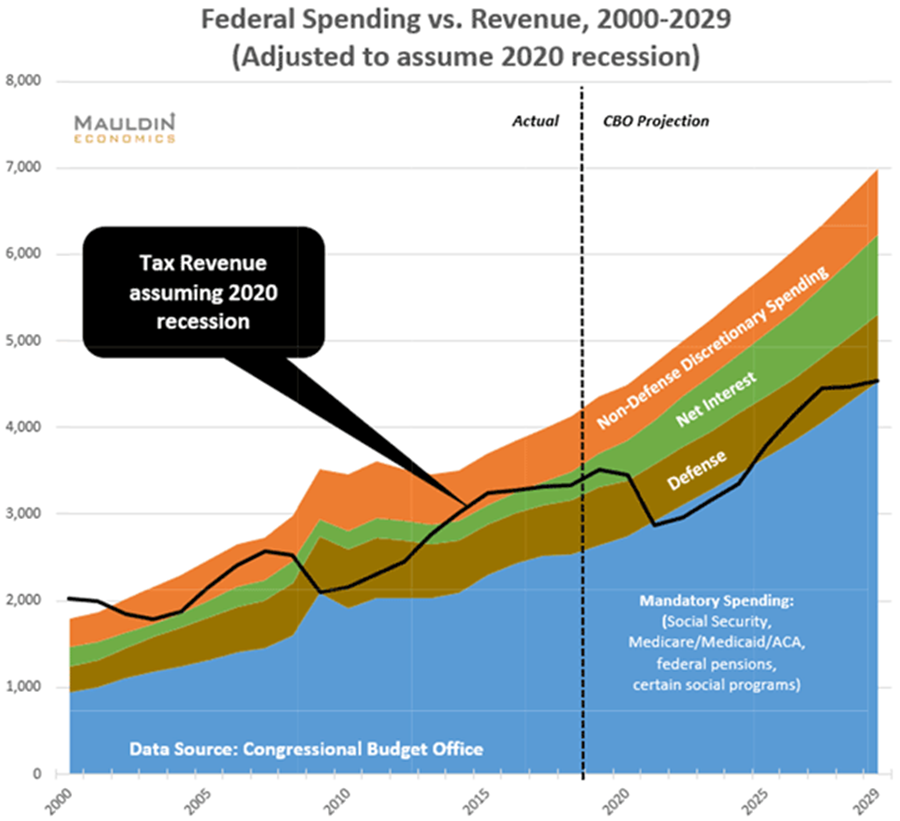 There are a number of people who think that Mauldin was looking at a worst-case, pessimistic scenario. However, based on what we have witnessed over the last few months, he has proven that, if anything, he was overly optimistic in how big and how fast the deficit could grow.
At the end of 2019, our national debt stood at $22.8 trillion. Six months later, our national debt now tops $26.5 trillion. This means that we added $3.7 trillion of debt in just a few months, the fastest rise in US history. AND, Congress is now promising another stimulus bill of at least $1 trillion. Sadly, there is little talk about this. Even the historically, more fiscally conservative Republican party no longer talks about or attempts to balance our budget. Most Americans are completely oblivious about how large the national debt is. 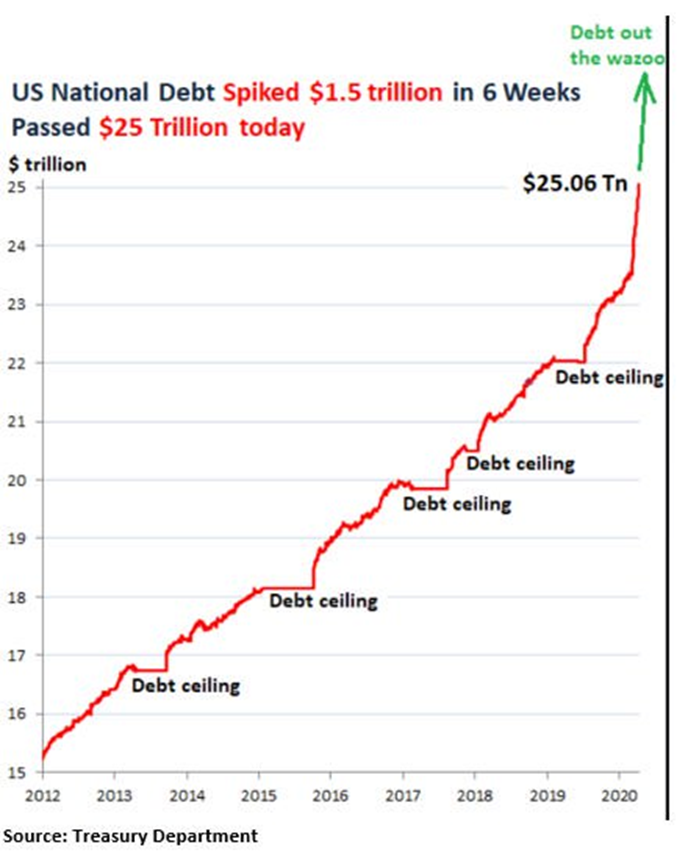 As you can see from the chart below, our debt to GDP ratio is now at a record 132.5% of our approximately $20 trillion economy. This ratio has more than doubled since calendar year 2000. The "Debt per Citizen" and "Debt per Taxpayer" are also both at record highs.

The Treasury Department projects the cost to service the interest on this debt at $386 billion this year. And, this is while interest rates are at record low levels. This means if interest rates rise over time, due to future inflation, the cost to service this debt could skyrocket and further cripple future economic growth prospects.
There are certain people in our political landscape today that espouse an idea known as Modern Monetary Theory, MMT. The thought is that as long as you control and print your own currency, there is no limit to how much debt you can create. If we look at the European Union and Japan, where there are negative interest rates and high levels of debt, we can see that it has not produced a history of good economic growth or results. Those regions also have negative demographic trends that they are fighting as the number of working people versus retired people is continuing to shrink.
History is not on the side of countries that have run an unlimited printing press. Whether it is Zimbabwe, or the Weimar Republic of Germany, there is always a limit to how much debt buyers will allow any country to accumulate. The big question is, how much is too much? The scary answer to that question is that at some point in the next decade, we may find out.
I usually try to end these missives with our take on what we can do and an upbeat thought. Unfortunately, I do not have one for you today, other than, we will continue to watch and educate you as future political and economic scenarios play out. We will try to guide you through them in the best way that we can. It is all that we can do as we continue "Moving Life Forward".