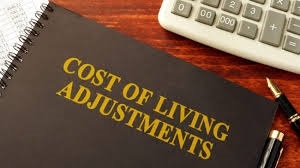 For many retired Americans, their social security check is a key part of their income in retirement, and a recent study shows they could see a significant bump in their benefits for 2022.  According to a study published by the non-partisan advocacy group The Senior Citizens League, the Social Security Cost of Living Adjustment (COLA) for 2022 could be as high as 6.1%.

This figure comes as the Consumer Price Index (CPI) in June increased 5.4% from a year earlier, the highest gain since August of 2008.  Two of the largest factors that helped push CPI higher were the rising prices of food and energy.  The CPI however is not used to calculate the COLA for Social Security benefits. That falls to the Consumer Price Index for Urban Wage Earners and Clerical Workers, or CPI-W.  Both gasoline and food prices are heavily weighted in the calculation of the CPI-W, which helped push the estimated Social Security COLA even higher.

There have been several attempts over the years to change how Social Security COLA are calculated, most recently the Fair COLA for Seniors Act of 2021 which was proposed by Congressman John Garamendi of California.  This act calls for changing the measure to the CPI-E, or the Consumer Price Index for the Elderly, which is based on items people aged 62 and older tend to use, such as a higher weighting on healthcare costs.

From 1982 to 2011, the annual COLA for Social Security benefits rose by 2.9% under the current method.  If the method was changed to the CPI-E, the average COLA would increase to 3.1%.  Increasing the average annual COLA by using the CPI-E to calculate the change does have one obvious hurdle standing in its way: cost.  Over time, a 0.2% per year of higher benefits would have a large impact, with estimates indicating it would push benefits 5% higher over a 25-year period than continuing to use the CPI-W.  With the Social Security trust fund already facing funding pressures, a change that would increase the way COLA are calculated seems unlikely to pass unless it is part of a larger reform effort on Social Security.