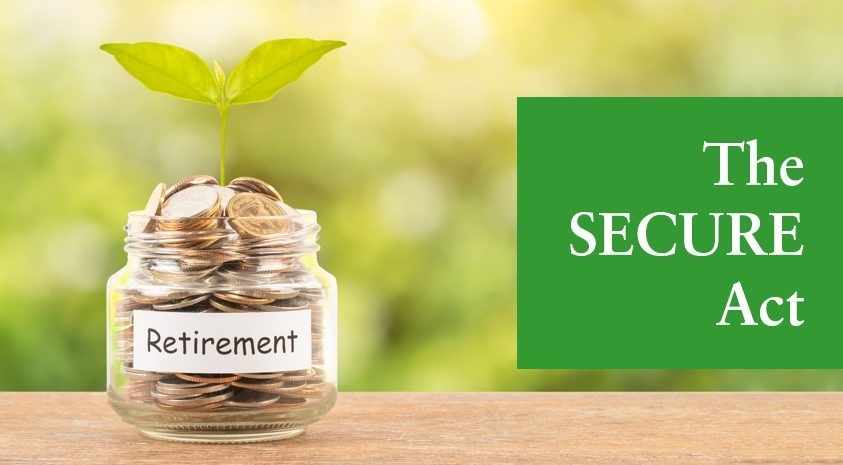 The SECURE (Setting Every Community Up for Retirement Enhancement) Act was signed into law on December 20th, 2019.  Two of the key provisions of this act were pushing the Required Minimum Distribution Age (RMD) from 70.5 to 72 and allowing those who are working past age 70.5 to make contributions to an IRA.  The “stretch IRA” was also eliminated for many non-spousal beneficiaries of either IRAs or 401(k)s, since the SECURE Act requires that beneficiaries withdraw assets within 10 years following the death of the account holder.  This provision applies to beneficiaries of IRAs that are inherited from original owners who passed away on or after January 1, 2020, with a few exceptions for certain beneficiaries like surviving spouses.

Earlier this year on May 5th, the House Ways and Means Committee unanimously passed a proposed update to the SECURE Act, called the Securing a Strong Retirement Act of 2021, or the so-called “Son of SECURE”.  A few of the major provisions and changes to the original SECURE Act are highlighted below:

Currently, the bill does enjoy widespread bipartisan support in the House, but still has steps to go before the proposal could become law.  The Senate meanwhile has two different proposed bills for changes to retirement plans, which are not direct compliments to the Son of SECURE but there are some similarities.   We will continue to monitor each of the proposed changes to the current law so that we can be well-informed on how it may impact our trusted friends and clients as we continue to Move Life Forward.