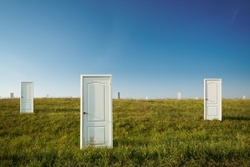 Lookin' Out My Back Door

In 1970, the American rock band, Creedence Clearwater Revival released their fifth album, Cosmos Factory. This album included their fifth #2 Billboard hit Lookin’ Out My Back Door, written by the band’s lead singer and guitarist John Fogerty. It was held out of the #1 spot by Diana Ross’s version of Ain’t No Mountain High Enough.

Creedence Clearwater Revival - Lookin' Out My Back Door

Fogerty has stated in interviews that the song was written for his then-three-year-old son Josh. The song includes colorful, dream-like imagery of a parade passing by, which he said was inspired by the Dr. Seuss book, And to Think That I Saw It on Mulberry Street (one of my favorites, no surprise). 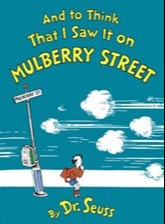 The index of lagging indicators is made up of seven different components that are deemed useful to confirm the occurrence of economic turning points and to assess the strength of new trends in the economy.

Unfortunately, the Federal Reserve Bank spends an inordinate amount of time focused on two indicators, inflation and unemployment, which are both lagging indicators. The amount of time between what is presently going on and where the economy has been has allowed the Fed to fall behind the curve in fighting inflation last year. Truly, the Fed was lookin’ out my back door.

There are 10 leading indicators that tell where the economy is going. The Conference Board’s Leading Economic Index has now contracted for eight straight months. From a historical perspective, it has never dropped more than six straight months without leading to a future recession. Please see the chart below. 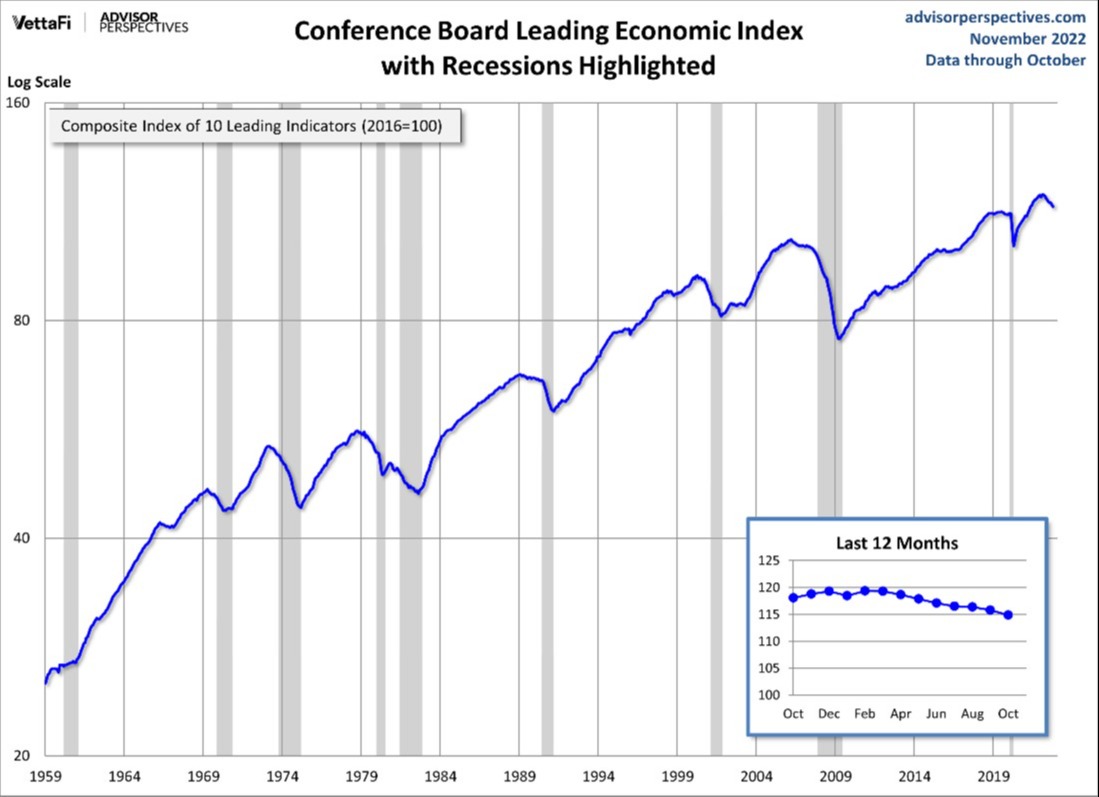 As you can see in the chart above, provided by our friends at Capital Group, the stock market peak historically precedes the peak in the economic cycle. Conversely, since 1950, the stock market troughs and starts to move up well in advance of the recession ending. Therefore, it is hard for most investors to be successful when they are being swayed by the 24-hour economic news media screaming that the sky is falling, and the end of the world is coming…again.

Just got home from Illinois, lock the front door, oh boy!
Got to sit down, take a rest on the porch
Imagination sets in, pretty soon I'm singin'
Doo, doo, doo, lookin' out my back door

There's a giant doin' cartwheels, a statue wearin' high heels
Look at all the happy creatures dancin' on the lawn
Dinosaur Victrola, listenin' to Buck Owens
Doo, doo, doo, lookin' out my back door

The CFPs of Impel Wealth Management are aware of what is a leading and what is a lagging indicator. We pledge to use our experience of helping guide clients through past bouts of economic downturn and recession to help make wise financial and investment decisions about the precious resources you have entrusted to us.

While we certainly enjoy an upbeat song from CCR, we do not want to be like the Fed and spend too much time lookin’ out our back door. We want to be looking towards the future to help you and your family as we continue “Moving Life Forward”.