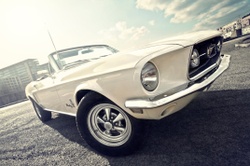 One Foot on the Brake, and One on the Gas

It has historically been recommended to only use one foot to push either the gas or brake pedal when driving an automatic transmission vehicle. Research from various websites tells us that if a person happens to use both feet and hits the gas pedal and the brake at the same time, the gas pedal will tell the engine, "Hey, I want to go fast!" It will begin to spin the wheels, but because the brake pedal is pressed as well, the brake shoes that stop the wheel will hold it down. That causes friction and heat energy, and that tells the car, "Hey, we aren’t going anywhere”.

As the brakes are trying stop the movement of the car, kinetic energy is transferred into the wheels and brake drums. That leads to heat building up on the components and tires, causing smoke to come out of the wheels and related areas. There is no computer or brain to tell the two to stop fighting and compromise. 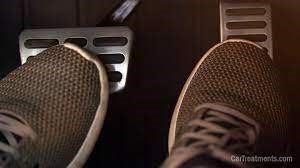 For those of you who have known me over the years, you know that I know very little about mechanical things, especially the inner workings of cars. I wholly rely on Nathan Ollish, CFP, AIF, for information regarding automobiles. So why am I sharing this information with you today? Great question, let me explain further. There is a direct economic analogy.

The economy also has two peddles that can be used for either acceleration or braking. These are known as fiscal stimulus and monetary stimulus.

Fiscal stimulus is created on Capitol Hill through the legislative process. It is passed by both houses of Congress and signed into law by the President. Good examples of fiscal stimulus include the passing of the TARP plan during the Great Financial Crisis of ‘07–‘08. This injected money into the banking system to help keep banks from failing and give them the ability to lend money and support the economy again.

Another great example of fiscal stimulus is the CARES Act, which was signed into law on March 27, 2020, just two weeks after most of the economy was put into an economically induced coma during the initial outbreak of the COVID-19 coronavirus. (Does everybody remember two weeks to bend the curve?)

On the other hand, monetary stimulus is created by the Federal Reserve Bank lowering interest rates. They can do this by directly controlling short term interest rates. This in turn impacts what banks pay on savings accounts and what they charge to lend money. By lowering interest rates, the Fed makes it cheaper for individuals and businesses to borrow money to buy homes, cars, plants, equipment, and technology. This is intended to stimulate economic growth and help lift us out of whatever downturn we are experiencing at the moment.

When fiscal and monetary stimulus are working in concert, it is like having both feet on the gas pedal at the same time. We saw this in the spring of 2020 when the CARES Act was passed and the Federal cut interest rates to 0%. The combination of both fiscal and monetary stimulus helped lift the economy out of its sharpest and quickest downturn we have ever experienced.

We put the pedal to the metal for a protracted time with multiple rounds of fiscal and monetary stimulus. This included three separate stimulus checks and enhanced unemployment benefits for an extended period. At the same time, the Fed left interest rates at 0% in the face of rising inflation. At the same time, they continued to buy$120 billion per month of Treasury and mortgage bonds through the spring of 2022.

This combination unsurprisingly led to inflation unlike anything we have seen since the late ‘70s or early ‘80s. It has now caused the Fed to reverse course and raise interest rates aggressively while stopping their purchases of Treasury and mortgage bonds. Effectively, the Fed has taken its foot off the gas pedal and is now putting it on the monetary brake.

However, in what seems to be a conflicting thought process, Capitol Hill has put their foot on the fiscal stimulus gas three times in the last two months. The combination of additional fiscal stimulus and spending that is coming from the CHIPS Act, the “so-called” Inflation Reduction Act, and the forgiveness of more than $300B of student loan debt is the equivalent of going all in and pushing the fiscal accelerator to the floor.

As we have shared with you previously, there are always unintended consequences and outcomes from this type of massive policy shift and spending. What will happen to our economic vehicle as the Fed is putting their foot on the break while Capitol Hill is putting the other foot on the gas? It is likely not going to be pretty. As with driving a car, it appears that there is once again no computer or brain to tell the two to stop fighting and work together.

We have all been on the highway behind a driver in the left lane of a 65 MPH road who is supposed to be accelerating but you continually see their red brake lights go on. It is frustrating and nerve-racking to be behind somebody who is driving with one foot on the break and one foot on the gas. The Red Rocker, Sammy Hagar, has shared his thoughts on this previously. 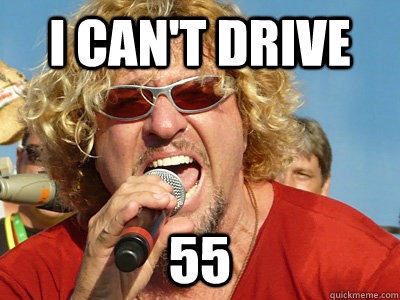 The Certified Financial Planners of Impel Wealth Management will continue to closely monitor these events and what it means for the financial resources and investment portfolios for you, our trusted friends and clients. We wanted to keep you in the loop as this is not a phenomenon we have experienced in several decades. We thought it was important to provide wisdom and context as we keep “Moving Life Forward”.