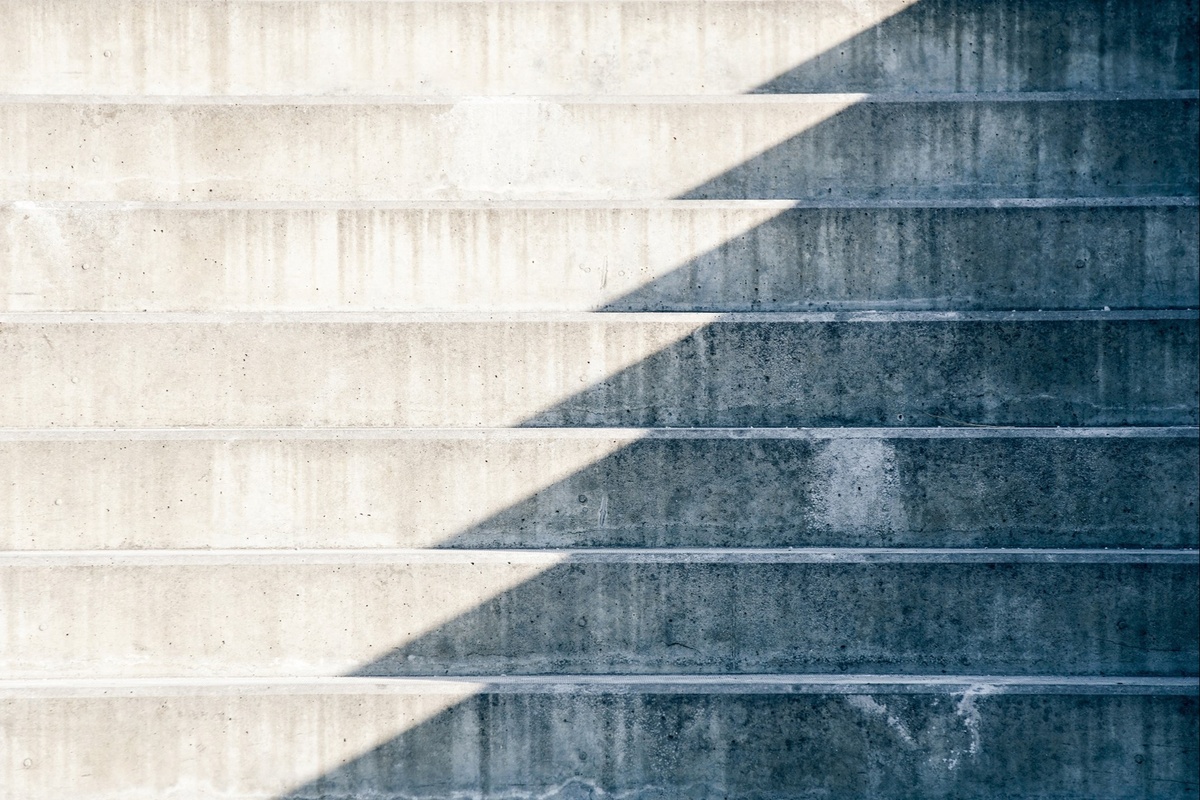 One Step Up…and TWO Steps Back

Bruce Springsteen released the Tunnel of Love album in 1987. The third top 20 single from that album was titled One Step Up. Unlike many songs that Bruce recorded with the legendary E Street Band, Bruce plays all the instruments himself on this recording. The song begins by describing a house with a broken furnace and a car that doesn’t start. It appears that every time they try to move forward, they inevitably end up further behind.

Woke up this morning, the house was cold
Checked out the furnace, she wasn't burnin'
Went out and hopped in my old Ford
Hit the engine but she ain't turnin'
We've given each other some hard lessons lately
But we ain't learnin'
We're the same sad story, that's a fact
One step up and two steps back

It seems like many Americans are having similar feelings today when they look at the state of the economy, the cost-of-living, and their financial resources. There is a lot of talk that we have a large number of job openings for a limited pool of workers across the country. This is putting upward pressure on employee compensation. As you can see in the chart below average hourly wages have been rising. However, when you look at real wages after inflation, the money people have left to spend is buying fewer groceries and gasoline every paycheck. 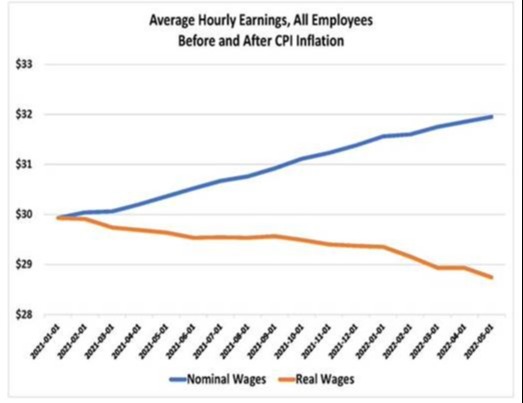 It seems like it was just the other day that we were talking about how the three stimulus checks sent out by the federal government in calendar years ‘20 and ‘21, along with enhanced unemployment benefits, led to a record level of personal savings. While this is certainly true and can be seen in the next chart, you can also see that without further aid to help offset the higher cost of inflation, we have now dropped back down to a historically low level of savings. This gives families very little financial buffer to cover these higher costs in the future. 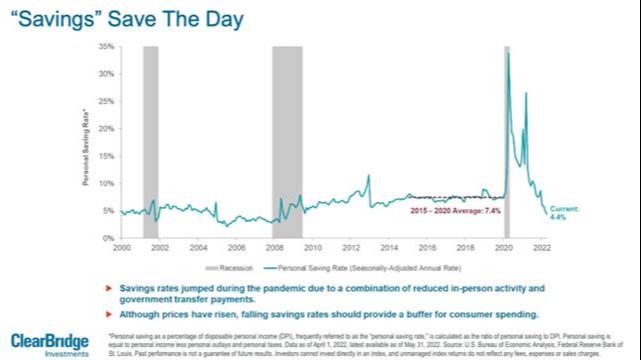 We know from history, that when Americans run low on cash in the bank, they typically turn to credit cards to finance their standard of living. This certainly seems to be the case today. Credit card debt, which had dropped substantially during the early days of the COVID-19 pandemic, has ratcheted back up toward record levels. 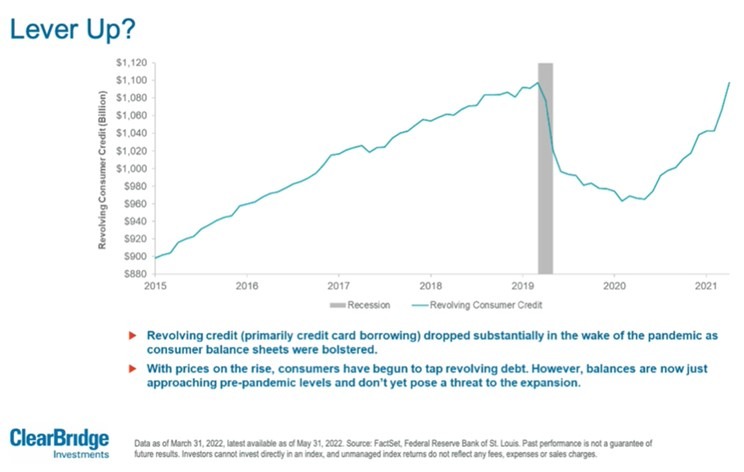 On Friday, June 10th, The Bureau of Labor Statistics reported that the CPI number had risen to 8.6%. In reality, the headline number does not really reflect the pain that many families are feeling, as you can see in our final chart. Cost categories that most Americans cannot avoid, utilities, gasoline, groceries and electricity, have risen more than 25% over the last year. This is creating difficult decisions for many. They are having to choose between vacations and summer camps (which had largely been avoided over the last two years due to the pandemic) and filling up their gas tank or putting food on the table. Some families are choosing to do both and are draining their savings or running up credit card debt. 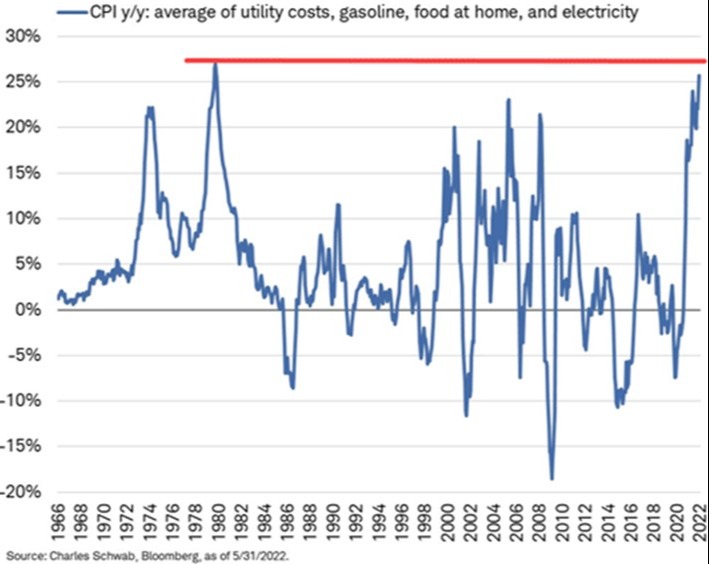 None of this bodes well for continued consumer spending, which as you know, makes up nearly 70% of GDP. While this is not fun to report, it is important to continue to watch these trends and their impact on the economy and markets as we continue to help you navigate these unusual times. As many others across the country struggle with one step up and two steps back, our goal is to help you continue “Moving Life Forward”.