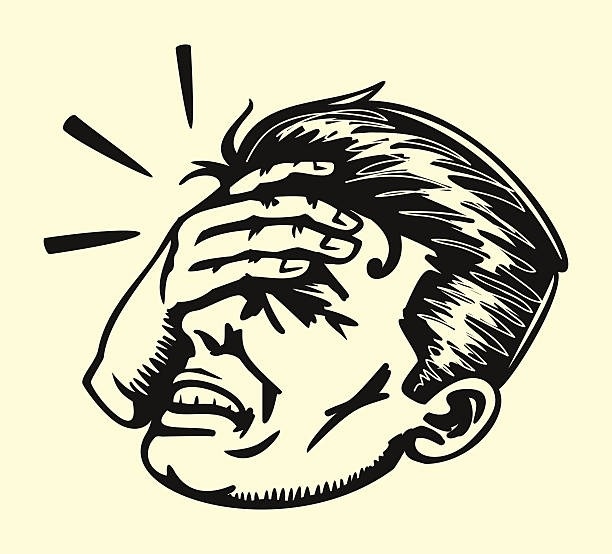 Oops, They Did It Again!!

When the COVID-19, coronavirus pandemic hit the shores of the United States in February and March 2020, it created economic chaos unlike anything we have ever seen before. The economic shutdowns created one of the deepest recessions we have seen since the end of World War II.

However, due to an unprecedented and coordinated fiscal and monetary response, it was also the shortest recession we have ever seen. It was not caused by excesses build up in the economic or financial systems over time. The massive shutdowns were more like a national natural disaster hitting the entire United States at once, causing businesses to shut down and people to lose their jobs and income.

The initial fiscal and monetary stimulus was certainly warranted due to the damage done across the board. However, the additional and ongoing stimulus of direct checks, PPP loans, and enhanced unemployment benefits could have been structured in more targeted ways to help those who truly needed it without creating the excessive spending and debt that resulted.

All of this led to an unprecedented growth in money, as you can see in the chart below, which measures the M2 money supply. Famed economist Milton Friedman famously said, “Inflation is always and everywhere a monetary phenomenon, in the sense that it is and can be produced only by a more rapid increase in the quantity of money than in output”. Economists such as Brian Wesbury of First Trust and professors such as Jeremy Siegel of the Wharton School of Business screamed this from the mountain tops on CNBC to no avail, and the Fed kept printing money. 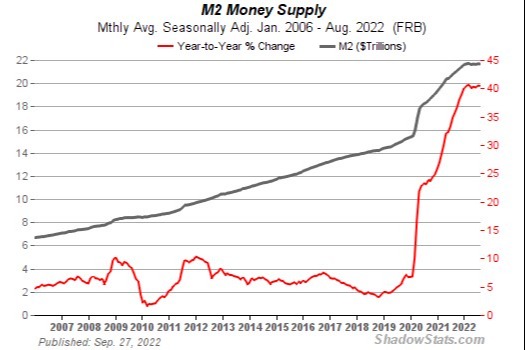 Oops!! As inflation started to ramp up in the first half of 2021, we were repeatedly assured that this was temporary or “transitory”. Both Jerome Powell, the Fed Chairman, and Janet Yellen, our Treasury Secretary, assured us that once supply chain issues were resolved, inflation would head back to lower and more manageable numbers by the end of 2021.

Oops!! In late November 2021, Jerome Powell, an appointee of President Trump, was re-nominated for a second term as Fed Chairman by President Biden. This was much to the chagrin of people on the more liberal, progressive side of the democratic party, who wanted to see somebody nominated that could advance the theory that monetary policy played a role in environmental and global warming issues.

It seems that having job security for a second term allowed Chairman Powell to become much more vocal about the threat of inflation. Shortly after his re-nomination, he stated in congressional testimony that he was going to “retire the word transitory” from the inflation lexicon. He stated that inflation was rising and persistent, and it would require a firm response from the Federal Reserve Bank starting with their meeting in December.

Oops!! The minutes from that Fed meeting were released on January 5th of this year. When the markets and economists got a look at what the Federal Reserve was going to do to fight inflation (which they denied was a problem for almost all of 2021), the market sold off approximately 10% over the next few weeks.

Oops!! The Fed has now raised interest rates by 3% in the last six months. It is the sharpest increase in interest rates by the Fed since 1981, when we had double digit inflation. Chairman Powell promised in his August speech at Jackson Hole, Wyoming that “the Fed will continue to use our tools forcefully to attack inflation”. He also warned that higher interest rates “will also bring pain to households and businesses.” It seems that we are the unfortunate victims of past policy mistakes of the Fed.

Oops, They Did It Again!! The Fed raised interest rates by ¾% for the third straight meeting in mid-September. This has caused the markets to sell off to new lows for the year once again. As of this writing, the S&P 500 is down more than 24%, while the NASDAQ has dropped more than 30%.

A recent headline from CNBC on Saturday, October 1 is pictured below.

The article states that statistically unusual moves in asset classes across the globe are becoming commonplace. As the Fed has raised interest rates, the dollar has risen dramatically against other currencies. This is causing problems for economies who have foreign debt denominated in US dollars.

We have seen the Bank of England have to take unprecedented steps to support the English pound and their bond market.

There are concerns that volatility could disrupt the financial systems liquidity, or internal plumbing system. While the Fed is trying to sell bonds to raise interest rates, they may have to reverse course to provide liquidity to stressed markets.

As always, there are unintended consequences to unprecedented and stubbornly held fiscal and monetary policy. It seems that we have all been part of a great experiment, and we are now feeling the pain of those previous decisions. Unfortunately, the people who are at the lower end of the income and assets spectrum, those most at risk, will get hurt the worst. 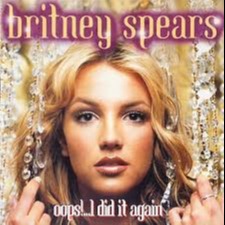 For those of you who know my love for classic rock music, you know how much it pains me to use a Britney Spears pop song reference to explain the Fed’s numerous mistakes and their compounded effects on all of us. Unfortunately, I could not produce a better analogy.

None of this is fun to write about or think about. We want to remind you that the CFPs of Impel Wealth and the members of Horizon Advisor Network’s Investilytics Committee continue to monitor these events to help you, our trusted friends and clients.  We also know that volatility can present new opportunities, and we are watching for these.  It is important that we understand the storm going on all around us as we try to navigate these choppy waters and keep “Moving Life Forward”.