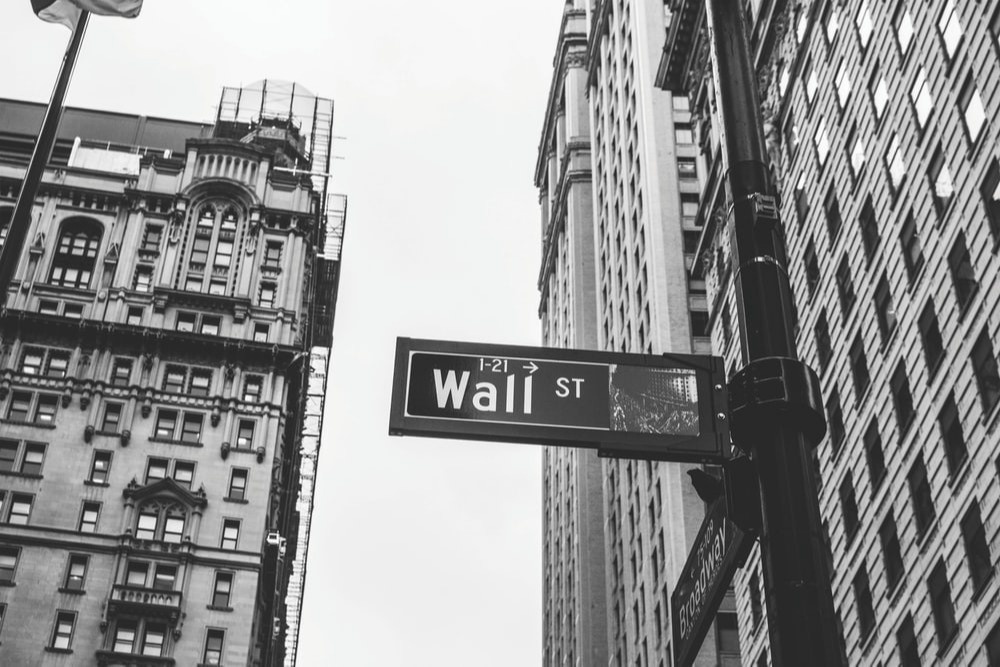 Past Performance Does Not Guarantee Future…(You Know the Thing)

In our ongoing effort to provide you with timely reminders of basic investment principles, we are going to look at one of the most often stated disclaimers that is used within the financial services industry: 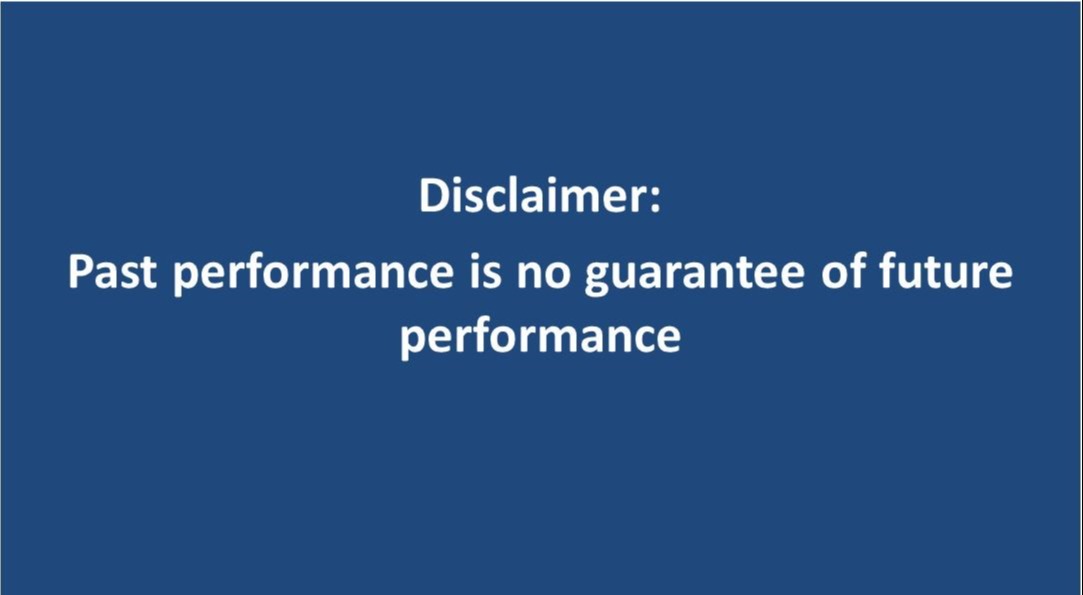 We have all seen ads for various mutual funds or ETFs that include a disclaimer that looks like this, with print too small to read. In TV commercials the disclaimer is read at a speed which only chipmunks could understand.

This is generally treated like a warning label. Something along the lines of don’t assume that an investment will continue to perform well in the future just because it has performed well in the past. However, no matter how many times people hear this disclaimer, an analysis of where and when people allocate their investment assets suggests that investors are NOT paying heed to this warning.

A quick look at history can show us how poorly this thought process has played out for investors. As you can see in the chart below, the first decade of the 2000’s did not treat technology, dot.com and NASDAQ listed stocks very kindly. After experiencing an extraordinary run up in the five years ending December 31, 1999, we saw two periods during which these stocks dropped significantly. The first came during the dot.com, 9/11, Enron/WorldCom meltdown which saw the stock market drop more than 45% from March 2000 to October 2002. The second came from October 2007 to March 2009 during the Great Financial Crisis. During this time, stocks dropped by more than 55%. 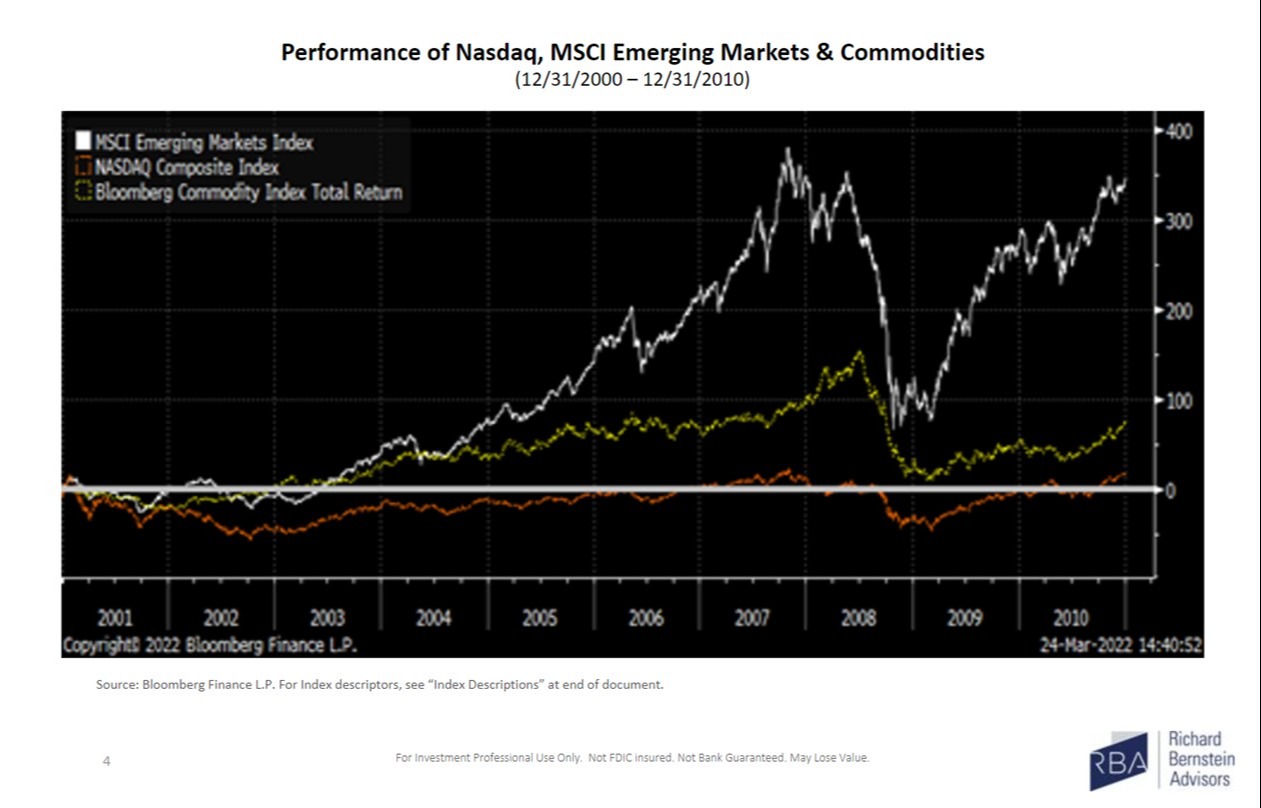 As a result, the NASDAQ composite index was relatively flat for those 10 years, barely averaging 1% per year. At the same time, emerging markets moved up dramatically. As masses of people in the emerging markets moved into the middle-class, demand in these economies would accelerate and drive GDP, corporate earnings, and stock prices higher for years to come. By calendar year 2010, the trend was to invest heavily in emerging market stocks and ignore struggling (and cheap) NASDAQ stocks. 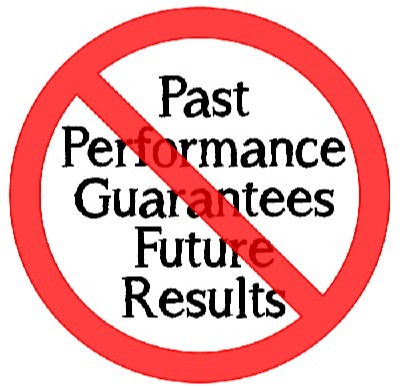 However, as our warning label above states past performance does not guarantee future results. As people were piling into emerging markets near all-time highs prices, a funny thing happened over the next decade. Those same stocks that had been so hot over the last 10 years went into a funk and underperformed by wide margins. At the same time technology, disruption, crypto and other investment themes, highlighted by the success of the FAANG stocks took off. 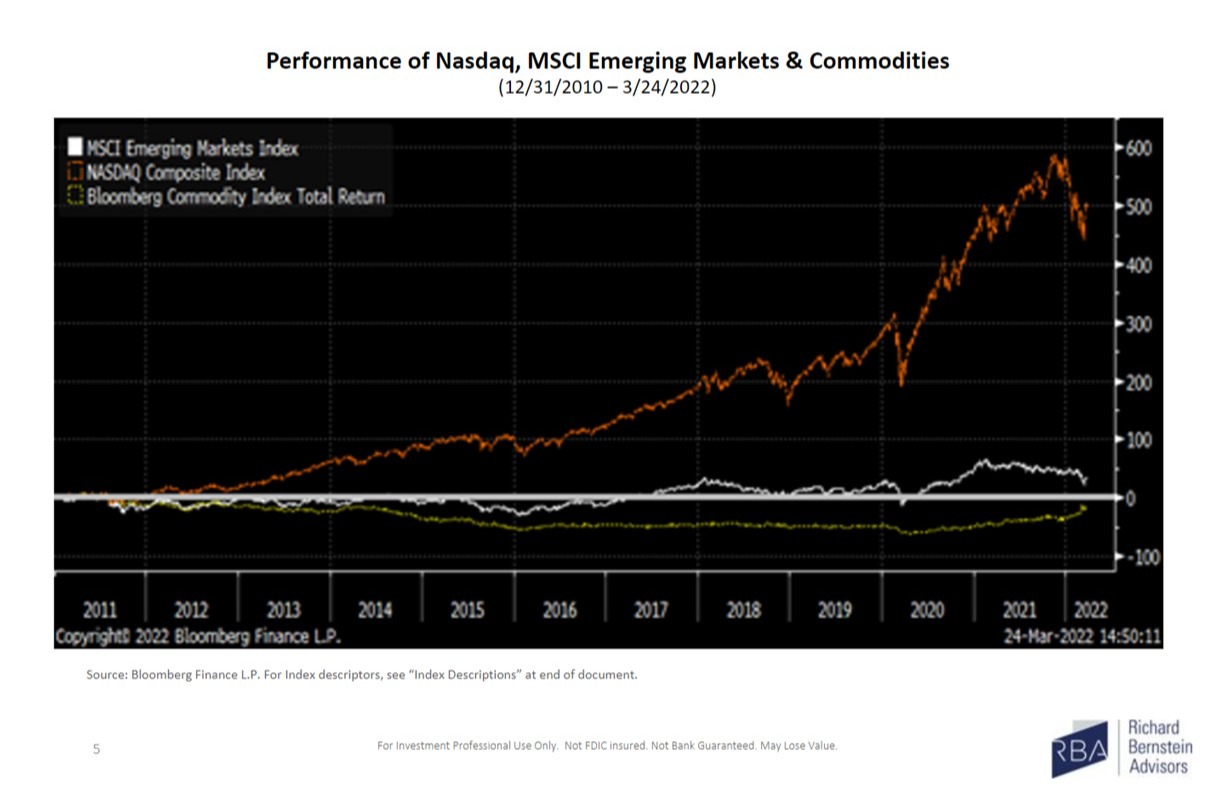 Over the last few years, a majority of deposits have been made to these asset classes that are once again near all-time highs. In a strange bit of irony, people have shunned those investments which have underperformed during this time and are now at low prices. We do know that one other investment principle holds true…you make money by buying low and selling high. Investor behavior is often working against this maxim.

We are now in a new regime of higher nominal growth, significantly higher inflation, accompanied by large amounts of new government debt. All of this at a time that the Federal Reserve Bank is raising interest rates dramatically. We will continue to look for shifts in the marketplace and what might do well in the future (regardless of what did well in the recent past).

I like to use the analogy that managing a portfolio is like driving a car. These charts we have shown you are looking in the rearview mirror. We want to be focused on the windshield and what is coming economically and politically in the future. I remind people on a regular basis that when driving a car, there is a reason that the windshield is bigger than the rearview mirror. That is where we need to focus our attention.

We have all heard the disclaimer, past performance is not indicative of future results, so many times that we forget to listen to its wisdom. Even though the advisors of Impel Wealth Management and Horizon Advisor Network’s Investylitics Committee “know the thing”, we will continue to be diligent and to watch future trends for the benefit of you, our trusted friends and clients. We thought it was an important reminder as we continue “Moving Life Forward”.