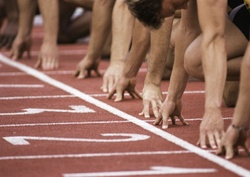 Curtis Mayfield, lead singer for The Impressions, wrote the song People Get Ready which was released in 1965. Rolling Stone named the gospel-influenced track as the 24th greatest song of all time. The song has a deep sense of both spirituality and community. In a 1997 interview, he stated “It doesn’t matter what color you are or what faith you have. I am pleased the lyrics can be a value to anybody”. 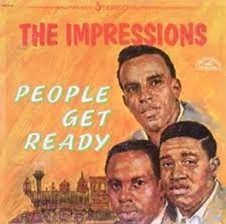 You don't need no baggage, you just get on board

All you need is faith to hear the diesels hummin'

You don't need no ticket you just thank the lord

The song has been covered by dozens of performers through the years including Bob Dylan, Bob Marley and one of my favorite versions by Jeff Beck and Rod Stewart in 1985 which got to #5 on the US Billboard Hot 100 chart. To remind everybody, links to the original and the 1985 remake are included below.

In our world, we know that people are trying to get ready for a confident transition from work life to retirement life. Last October the Employee Benefit Research Institute (EBRI) released its Retirement Confidence Survey. While the report showed that seven out of ten retirement plan participants felt they were on track to retire with the lifestyle they want, there were a number of disparities across gender and income levels.

It appears that women are nearly 20% less likely to report that they are on track for retirement when compared to men. They are more concerned about outliving their savings due to both generally lower Social Security benefits and longer life expectancies.

Working for a company that provides a retirement plan greatly influences the perception of future retirement success. 87% of people who earned over $75,000 a year had access to an employer sponsored retirement plan. For those making less than $35,000 a year the number dropped to 45%. This means that lower income and part-time workers, as well as those who are part of the gig economy such as DoorDash and Uber drivers, are left to figure out how to save for retirement on their own.

Two other issues seem to be impacting people’s confidence levels about their future retirement income. The first is not having enough short term, emergency savings. This leaves them feeling less secure about allocating income to a long-term retirement plan that is not readily available prior to age 59 1/2. It also leaves them more vulnerable to current setbacks such as house, car, or medical expenses.

This leads us to the second issue born out in this report… having a high level of debt. The combination of credit card, auto loan, and student loan debt totals nearly $15 trillion nationally. Paying on this debt can create obstacles to saving for retirement. This especially appears to be a bigger problem for people in lower income groups. (Although, anecdotally, I have seen low-income people who are amazing savers, as well as high income earners who are head over heels in debt.)

Whether it is fear about outliving their savings, too much debt keeping people from participating in retirement plans, lack of access to plans for lower paid workers, or the fact that there is very little emphasis put on financial education in our school systems, we must do better as a society if we truly want to give everyone a chance to get on the train.

You don't need no baggage, you just get on board

All you need is faith to hear the diesels hummin'

You don't need no ticket you just thank the lord

To help people get ready, the team at Impel Wealth Management will continue to provide education and planning assistance to our clients’ kids and grandkids. These younger workers need to learn good habits from an early age so they can get on board. If we can help you help a friend or loved one, please let us know. It is part of our mission and what drives us as we continue “Moving Life Forward”.