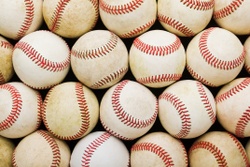 History, but especially baseball history, is filled with amazing stories of athletic feats. As humans, we are inspired by athletes doing things that have never been done before, especially when it will likely never be done again.

I remember as a kid watching Pete Rose hit in 44 straight baseball games in 1978. The cameras and the pressure were on him every day for weeks. However, he fell 12 games short of the 1941 record of 56 straight games which is still held by the legendary Joe DiMaggio of the New York Yankees.

One of my all-time favorite memories is related to a sports streak. On September 6, 1995, Cal Ripken broke what was thought to be the unbreakable record of Lou Gehrig’s consecutive games played streak. Gehrig played in 2130 games consecutively from June 1, 1925, to April 30, 1939. I remember the fanfare when Cal Ripken broke the streak and was encouraged to take a lap around Camden Yards to celebrate with the Baltimore fans. A link to the video is included below:

An even more vivid memory is when Cal Ripken decided to end the streak on his own terms. Very quietly and without calling attention to himself, he simply took himself out of the lineup on September 19, 1998, with the consecutive games played game streak played reaching 2632. Fortunately, the fans at Baltimore would not let him do so without thanking and congratulating him. A link to that video is included below. (I trust that I am not the only one with tears in my eyes watching this!).

There are similar streaks in the financial markets. As a matter fact there are three times in the last 100 years when the stock market has notched returns of more than 18% a year for three consecutive years. Our friends at Blackrock have put together a chart that showed that these occurrences started in 1942, 1949 and 1995. Each time, year number four also produced a strongly positive year, as you can see in the chart below. 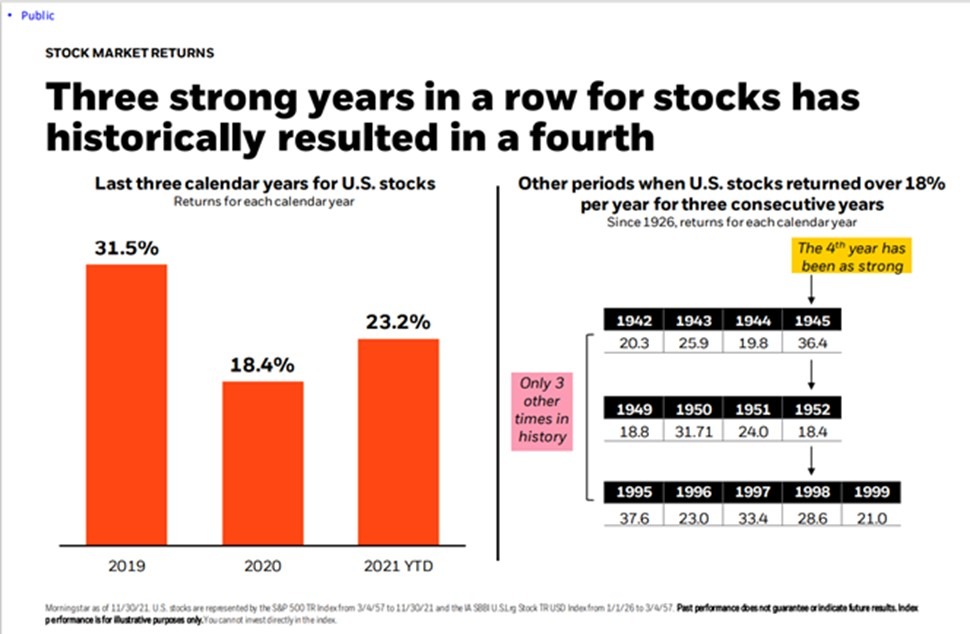 As you know we are living in unprecedented and unusual times. There have been previously unimagined amounts of government intervention and stimulus on both the fiscal and monetary side. We also know that valuations in the market are at the high end of historical norms. We wanted to bring you this information to help put things in context. Whether or not this pattern plays out in similar fashion in 2022 remains to be seen.

However, in keeping with our baseball and sports theme, we have to remember the following from one of the great baseball movies of all time, Bull Durham. Kevin Costner, as long-time minor-league baseball catcher Crash Davis reminds Annie Savoy, played by Susan Sarandon: 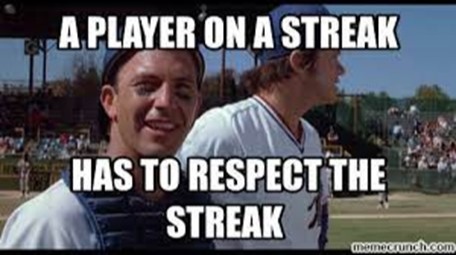 Thank you for letting us put both baseball and stock market streaks in perspective. For everyone’s benefit, we left out any references to Ray Stevens, Art Lafredo, Houlahan and Big Chuck, and The Streak. Those of you who grew up in northeast Ohio know what I am talking about and can thank me later.

We hope this brought back good memories, a smile, as well as an interesting look at both the history of the stock market and what it might mean to the coming year. We feel this context is important as we continue “Moving Life Forward”.