So This is Christmas, War is (NOT) Over

Happy Xmas (War Is Over) was released as a Christmas song in 1971 by John Lennon and Yoko Ono, along with the Plastic Ono Band and the Harlem Community Choir. It was created as a protest song against the Vietnam War and has been recorded by many artists. Most people recognize this song from the repeating refrain, “war is over, if you want it”. 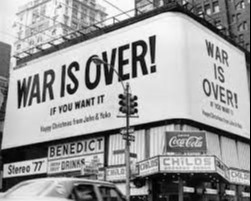 For those of you who have not heard the song enough during this Christmas season, a link to the song is included here:

As we are getting ready to celebrate the Christmas season in the United States, I wanted to take a moment to remind everyone of the impact of Russia’s invasion of Ukraine, and the suffering it is causing throughout Europe and other parts of the world. Of course, our main focus should be on the tragic loss of human life and the destruction of property throughout Ukraine.

However, Russia’s unprovoked war is also significantly impacting energy prices, food availability and affordability, and causing inflation even higher than what we have seen here in the US. This is coming on the heels of the COVID-19 pandemic, which had already significantly impacted supply chains.

The Russia-Ukraine war is creating food shortages throughout Europe, and many of the low-income countries in Africa. Russia and Ukraine account for about 33% of the world’s wheat, 25% of the barley, and 75% of sunflower oil which is widely used throughout Africa.  This is creating food insecurity for millions of people and the potential for famine, especially in poorer countries.

There has also been a sharp rise in oil and gas prices throughout Europe. As the European Union has agreed to phase out Europe’s dependence on Russian energy, there are expected to be widespread shortages this winter. England has stated that it could see nearly 10,000 people die this winter due to lack of heat because of these shortages. This is hard to imagine in 21st-century Europe.

Inflation has also been rising dramatically. It rose to 10.7% in October, the highest-ever monthly reading since the Eurozone was created.  This comes as the European economy is slowing and as a recession is expected to create even more difficult conditions. Inflation is higher than that in Italy and Germany, and it has exceeded 20% in Estonia, Latvia, and Lithuania.

As a reminder to Vladimir Putin and the Russian army, Ian Bremmer, the president and founder of Eurasia Group, a leading global political risk research and consulting firm, created this helpful map in case Russia was thinking about further extending its aggressions. 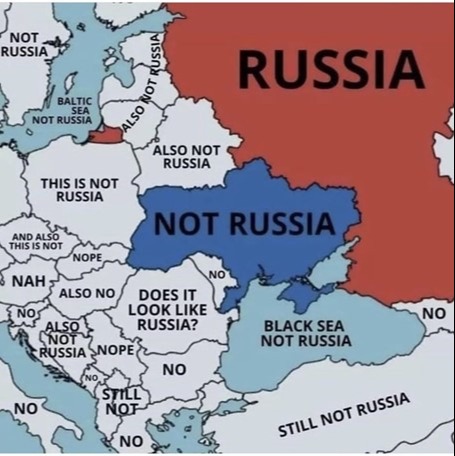 This is not a fun topic to discuss during the holiday season, but it is the reality for many people around the world. While there are many difficult issues we are dealing with in our country today, we need to remember that we remain THE global superpower. We are bordered on the north and south by two friendly countries, and we are protected by oceans on each coast. However, we cannot forget that war is not over in Europe, even if we want it. We hope this gives you some global perspective as we think about the blessings we experience heading into the new year. We think it is important to remember, as we continue “Moving Life Forward”.