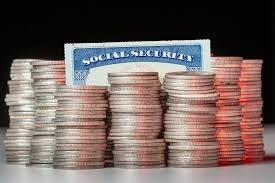 Social Security Gains Could be Offset 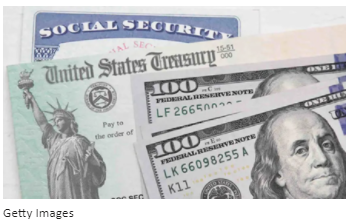 As much talk and attention as there has been about inflation over the last six months, there is one large group of Americans that stand to benefit from these higher measures of consumer prices, and that is retirees collecting Social Security benefits.
For calendar year 2020, the Social Security COLA adjustment was 1.3%. Since 2010, the largest adjustment was 3.6% in calendar year 2012. In ten of the last twelve years, the inflation adjustment was 2% or less, including three years of 0%.
However, projections from various organizations tracking this data suggests that the COLA for Social Security for calendar year 2022, which are due to be announced on October 13th, could be 6% or higher. This would be the biggest jump since 1982 when benefits rose 7.4%.
This would generally be encouraging for most retirees, to whom Social Security is a major pillar of retirement income. But not so fast. In what could be a cruel twist of fate, Medicare part B premiums and the IRMAA surcharges for calendar year 2022 will be announced in November.
The 2021 increase in Medicare part B premiums was artificially reduced to 25% of the normal amount as part of a Covid relief bill. This left base premiums of $148.50 per Medicare recipient. Without the legislative, premiums would have risen to $160.20 this year. This prior reduction will be added to whatever the normal increase for calendar year 2022 is.
For example, if premiums rose by 5% on a year-over-year basis, premiums for Medicare part B could rise to $168 per person in this example. That would be more than a 13% increase over the 2021 amount. This would likely offset a large portion of the 6%+ Social Security COLA.
If that were not enough to make you somewhat concerned about future medical costs, there is also a growing awareness that new Alzheimer’s drugs being developed, which are very pricey, could add significantly to Medicare’s cost dilemma in the future. One recent drug approval carries an annual price tag per recipient of more than $50,000. If even 20% of the six million Medicare beneficiaries diagnosed with Alzheimer’s received this drug, the cost of this would surpass the spending on all other part B covered drugs combined.
We know that this is not a fun topic to discuss. However, the reality is they are for all of us to deal with. Will Congress intervene with additional relief or by setting limits on new drug reimbursements? We are uncertain. However, it is something we will all need to continue to watch carefully, as we keep “Moving Life Forward”.