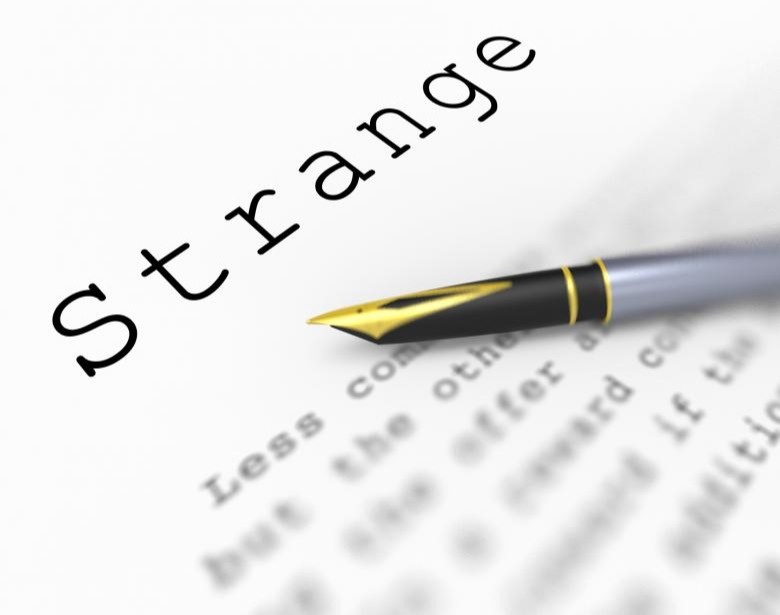 As the movie Toy Story opens, all is good with the world for Sheriff Woody, voiced by Tom Hanks. He is Andy’s best friend and most valued toy. This is a position he has held for many years. All the other toys look up to and respect him for both his character and his leadership.

However, a new toy then arrives on the scene. Buzz Lightyear, a high-tech space ranger, voiced by Tim Allen, becomes Andy’s new favorite toy. Once Woody has been replaced, strange things start happening in his world. He notices a Buzz Lightyear blanket on Andy’s bed. He then spots a portrait of Buzz on the Etch-a-Sketch. There is a heart-wrenching scene when Woody looks out of the toy box and sees Andy sleeping in his bed with his new best friend Buzz. 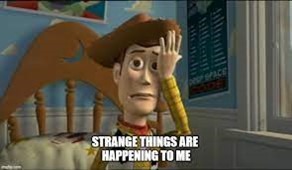 All of this happens against the backdrop of Randy Newman singing the song Strange Things. A link to the scene and the song is included below.

Some of you may be wondering why I am referencing a Toy Story theme for the second time in the past year. Great question. The theme “strange things” seems to be a great analogy for what we have been living through since the outbreak of the COVID-19 coronavirus. Over the last three years, strange things have been happening with our economy, inflation, Federal Reserve Bank policy, and global financial markets.

A combination of massive fiscal stimulus, in the form of relief checks, PPP loans, and enhanced unemployment benefits led to money supply growth of over 40% over the first two years of the pandemic, as you can see in the chart below. 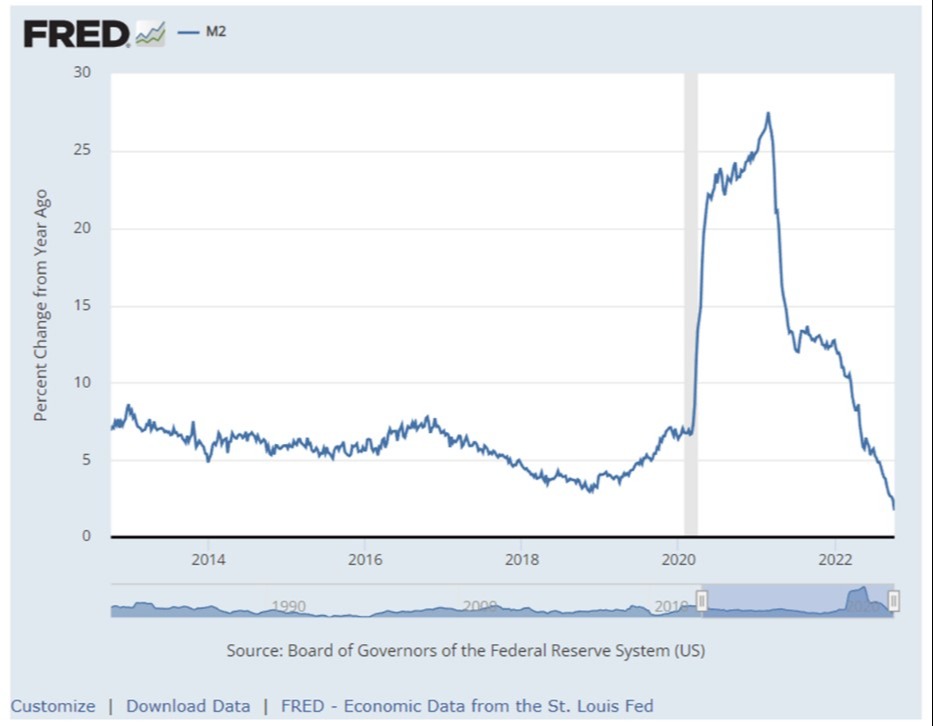 This stimulus caused personal savings rates to shoot up to the highest level we have seen in more than 60 years. At first, people were extremely cautious, hoarding the money they received, because they did not know if or when they would be allowed to go back to work. As people became more comfortable living in our new, viral world, they started spending this money with great enthusiasm. In turn, we can now see that the money remaining in their savings has dipped to pre-pandemic levels and the lower than we have seen in many years. 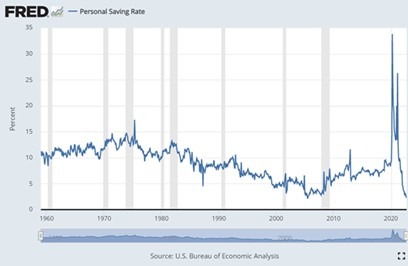 This combination of stimulus and spending inevitably created massive inflation, as people’s spending habits changed dramatically during the shutdown. Unable to go to stores, restaurants, hair salons, or travel, people spent massive amounts of their newfound money on things. House things, exercise things, technology things…you name it, people were spending money on it. This new demand created supply chain imbalances, which further exacerbated inflation which shot to levels not seen since the early ’80s. 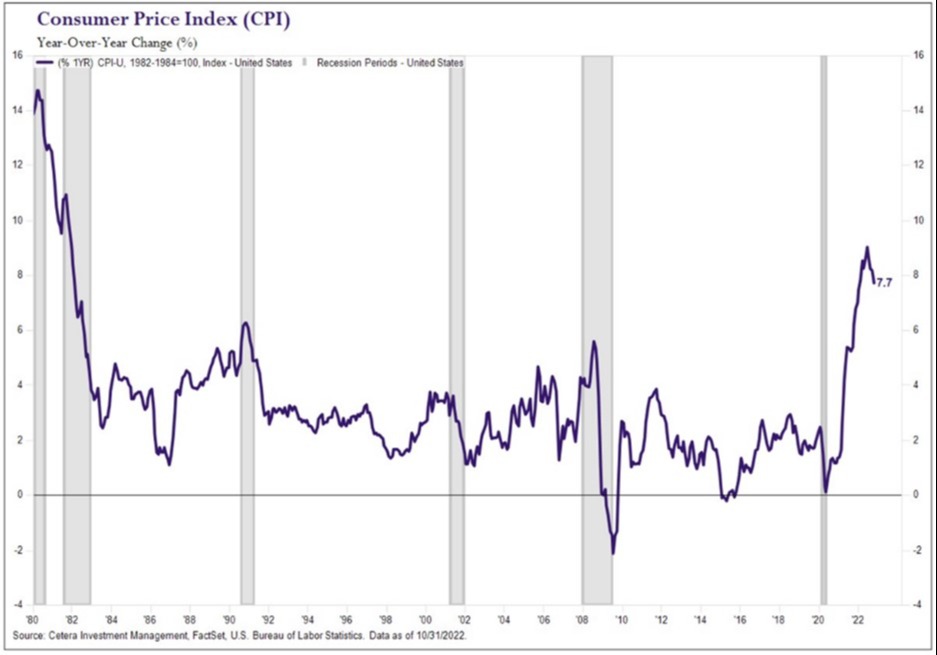 After nearly a year of denying the threat of inflation, the Fed finally stepped in and started raising interest rates dramatically. This along with Russia’s invasion of Ukraine caused widespread volatility in both stock and bond markets. Over the last 30 years, investors have become accustomed to the Fed backstopping the financial markets. This means that when the economy slowed and the stock market fell, the Fed typically stepped in and lowered interest rates. This stimulates economic activity, and it also caused the bond portion of our diversified portfolios to rise when stocks were falling. People valued this diversification benefit.

For the first time, in nearly 40 years, that relationship has broken down, as you can see in our next chart. Historically, when stocks have fallen, bonds went up in value. With the Fed raising interest rates aggressively this year both stocks and bonds have fallen at the same time, negating that diversification benefit. People have looked at their portfolios and felt like strange things were happening when both the stock and bond portions of their portfolios were down double digits through the first three quarters of the year. 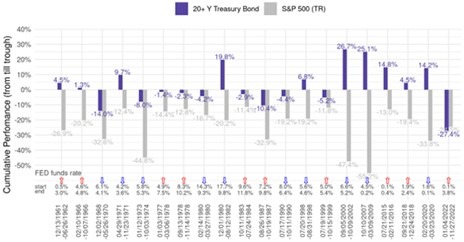 However, these strange and unexpected events have led to bonds now having higher yields than we have seen in many years. This means that even though bond returns have been awful this year when looking in the rearview mirror, future returns are expected to be much stronger due to much higher starting yields, as you can see in our final chart below. 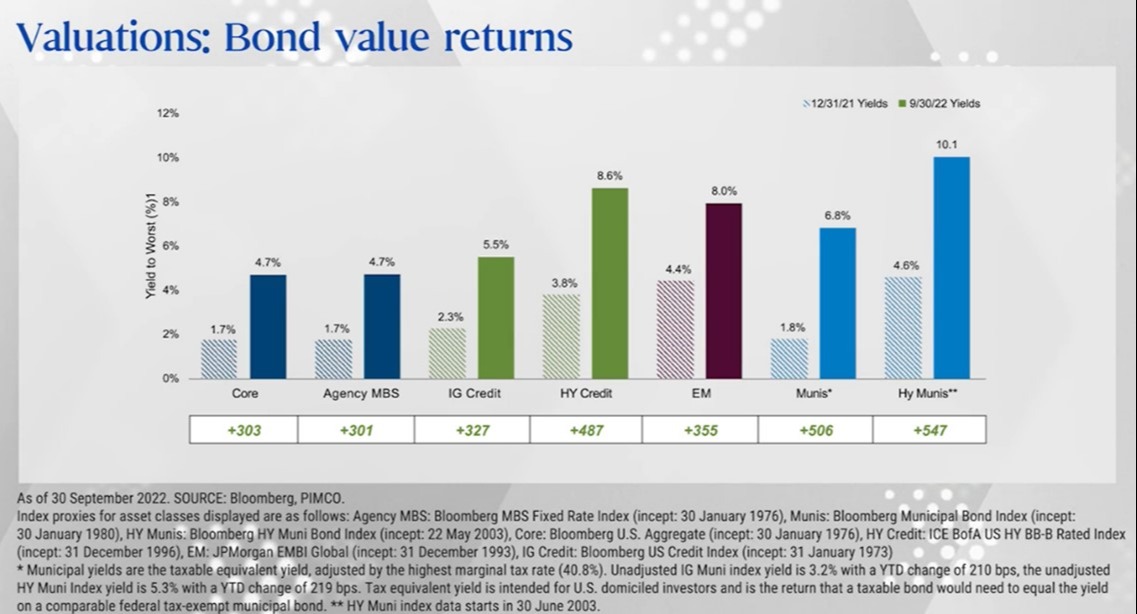 As Sheriff Woody had to learn how to deal with new and strange things as Buzz Lightyear invaded his turf, so must investors learn to deal with the new investment regime of higher inflation and higher interest rates. We are here to help you navigate these strange times so that you do not make unwise decisions that lead to regret down the road. As always, should you have any questions about your specific situation, please do not hesitate to give your advisor at Impel Wealth Management a call. We are here for you as we continue “Moving Life Forward”.