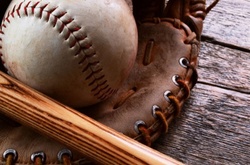 That Was a BAD First Half – Time for Rally Caps??!!

Wikipedia tells us that a “Rally Cap” is a baseball cap worn inside-out and backwards, or in some other unconventional manner, by players and/or fans to will a team to a come-from-behind victory late in a game. The rally cap is primarily a baseball superstition, but it has been adopted in various forms in other sports.

After seeing your June 30th statements, it certainly feels like we need everyone to be donning their rally caps now!! The first six months of 2022 saw significant declines in both the stock and bond markets. This is something that has not happened concurrently in many years. The S&P 500 declined 23.6% from its January 3th all-time closing high of 4796.56 to a closing low, so far, of 3666.77 on June 16th. The index finished at its worst first half since 1970 at 3785.38.

More noteworthy than the extent of the decline was its gathering violence. In mid-June, the market ran off a streak of five out of seven days of which 90% of the S&P 500 component stocks closed lower. This is one sided negativity on a historic scale.

Regardless of any points I wish to make in this post to you, the most urgent should already be clear. Simply stated, the best way to completely destroy any chance for lifetime investment success has historically been to sell one’s equity portfolios after a bear market ensues.

But to sell when investor sentiment is sufficiently negative to drive 90% of S&P stocks lower on five out of seven trading days- that is to sell when everyone else is selling- strikes me as the height of long-term folly. As I have stated here many, many times before…if the masses were right, the masses would be wealthy. Since by and large they ARE NOT, we certainly DO NOT want to do what they are doing.

With that clearly on the record, let me attempt to make sense out of what’s going on here. To do so, let’s go back to the bottom of the Great Financial Crisis on March 9, 2009, when the media and most investors thought that the end of the financial world was coming…again. From that panic-driven trough, the S&P 500, with dividends reinvested, compounded at 17.6% annually for the next twelve years, through the end of 2021.

At its peak in early January, the index was up 7X from its low. This was one of the greatest runs in the history of the U.S. stock market. Moreover, the index’s compound return over the last three of those years—2019 through 2021, encompassing the worst of the coronavirus plague—rose at an annualized rate of 24%.

But when inflation soared late last year, it became evident that equities’ jaw-dropping advance over those three years had been fueled to some important extent by an excess of fiscal and monetary stimulus, mounted to offset the economic devastation of the pandemic. In one sentence: the Federal Reserve created far too much money, and then left it sloshing around out there far too long.

And since inflation, as the great economist Milton Friedman taught us, is always and everywhere a monetary phenomenon, we now find ourselves having to give back some of the extraordinary 2009–2021 market gains, as the Fed stubbornly waited too long to sop up that excess liquidity by raising interest rates and shrinking its balance sheet, all the while telling us not to worry, “inflation was transitory”.

Yes, the war in Eastern Europe and supply chain woes of various kinds have exacerbated inflation, but in my judgment, they are supporting actors in this drama: monetary policy (seasoned as well with a bit too much fiscal stimulus) got us into this mess, and monetary policy must now get us out. The fear, of course, is that Fed will overtighten, putting the economy into recession.

My position on the potential for a recession has been and continues to be…so be it. If an economic slowdown over a few calendar quarters is what it takes to stamp out inflation, it would be by far the lesser of the two evils. Inflation is a cancer, and it must be destroyed. Those of us who remember the late 70’s and early 80’s know what it was like living with the disease.

Regarding your investment policy and financial plans…nothing should change unless your goals have changed. We are long-term, goal driven investors. We own diversified portfolios that are goal tuned to your family’s unique situation. In my 35 years in the advisory business, this has demonstrated the ability to help our clients accomplish what is most important in life.

We are driven by your financial and investment plan…our true North Star. Thus, we do not react to current events, no matter how distressing they may be. And, after 30 months of chaos—the pandemic in its several variants, the election that would not end, roaring inflation (most painfully in stupefying gas price increases), the supply chain mess, war in Europe and so on—we are all understandably exhausted. (And I most certainly do mean we.)

Many of you may think, I have heard Jesse say this before. You are right. However, just as the body cannot store vitamin C and needs doses on a regular basis, investors need constant doses of these reminders. By administering them to you, we hope to reduce the chance that fear, emotions, and the media conspire to keep you from accomplishing the things that make life most meaningful for you and your loved ones. 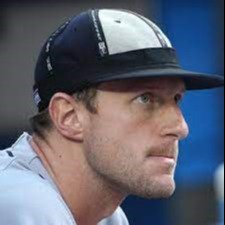 Legend has it that the New York Mets of the 1980’s breathed life into the Rally Cap and helped it become the superstitious trend it remains today. We should all be putting on our “Rally Caps” as we embark on the second half of this mid-term election year. Heaven knows we could use some divine help. Please remember the CFP’s of Impel Wealth are here to talk all this through with you at any time. Thank you for being our clients. It is our privilege to serve you.

The views stated are not necessarily the opinion of Cetera and should not be construed directly or indirectly as an offer to buy or sell any securities mentioned herein.  Due to volatility within the markets mentioned, opinions are subject to change without notice. Information is based on sources believed to be reliable; however, their accuracy or completeness cannot be guaranteed.  Past performance does not guarantee future results. Investors cannot invest directly in indexes. The performance of any index is not indicative of the performance of any investment and does not take into account the effects of inflation and the fees and expenses associated with investing.