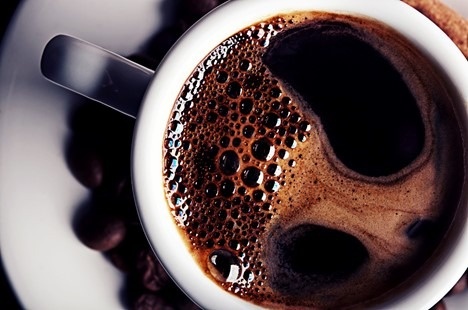 We Are Going to Need a Bigger Coffee House

History shows us that the rise of the coffee house in 18th century Europe became a hub for information sharing. It seems that people coming together in what was our first networking community, drew people from all walks of life. This allowed people to talk, share and debate ideas, which led to innovation and progress.

It seems that there is a similar network affect in cities. It is estimated that two-thirds of all growth takes place in urban environments. This is primarily due to the fact that large populations, living in close proximity, take the coffeehouse concept of idea sharing and expand it to much larger groups of people. This allows brainstorming and cross pollination of ideas.

The advent of the Internet, whether Al Gore created it or not, has allowed idea sharing to take place in networks without borders. Think about how quickly the world has changed and how much technology has advanced over the last twenty-five years, alongside mass adoption of the Internet. These advancements have given the average person access to technology and information that they could never have possessed just a few decades ago. At the same time, thanks to Moore’s law, it has reduced expenses dramatically.

To illustrate this point, consider your smart phone. Thirty years ago, if you were an upper-middle class US citizen, you might have owned a camera, a CD player, a stereo, a video game console, a cell phone and a watch that easily could have cost you in excess of $10,000. Today, you have all of these resources available on the device you carry around in your pocket or purse for 1/10 the price.

For those of us over age 50, we can remember a world without the Internet. Our children DO NOT. However, according to the chart below from Statista, there are still nearly 2.9 billion people in the world that do not have online access. These people are not currently able to participate in the modern global economy. 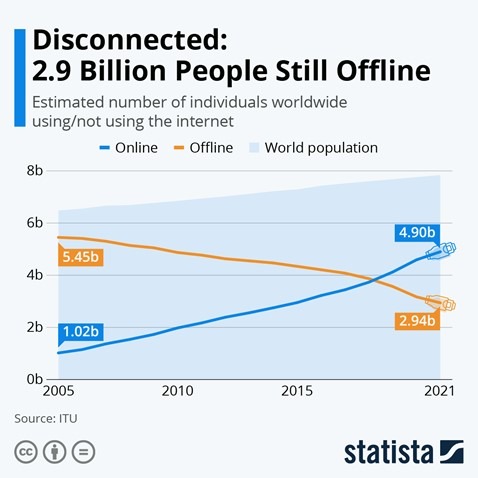 As these people gain FREE access to the Internet through the deployment of thousands of additional low orbiting satellites, the potential growth is staggering. Several billion more consumers and workers will get added to our global coffee shop without borders. This could add to global growth and continue to raise the standard of living for everyone.

It staggers the imagination. In a world where there is so much negative news and doom, we wanted to give you something to be optimistic and hopeful for as you enter the new year. We think it is important to help you have a vision of the future as we continue “Moving Life Forward”.