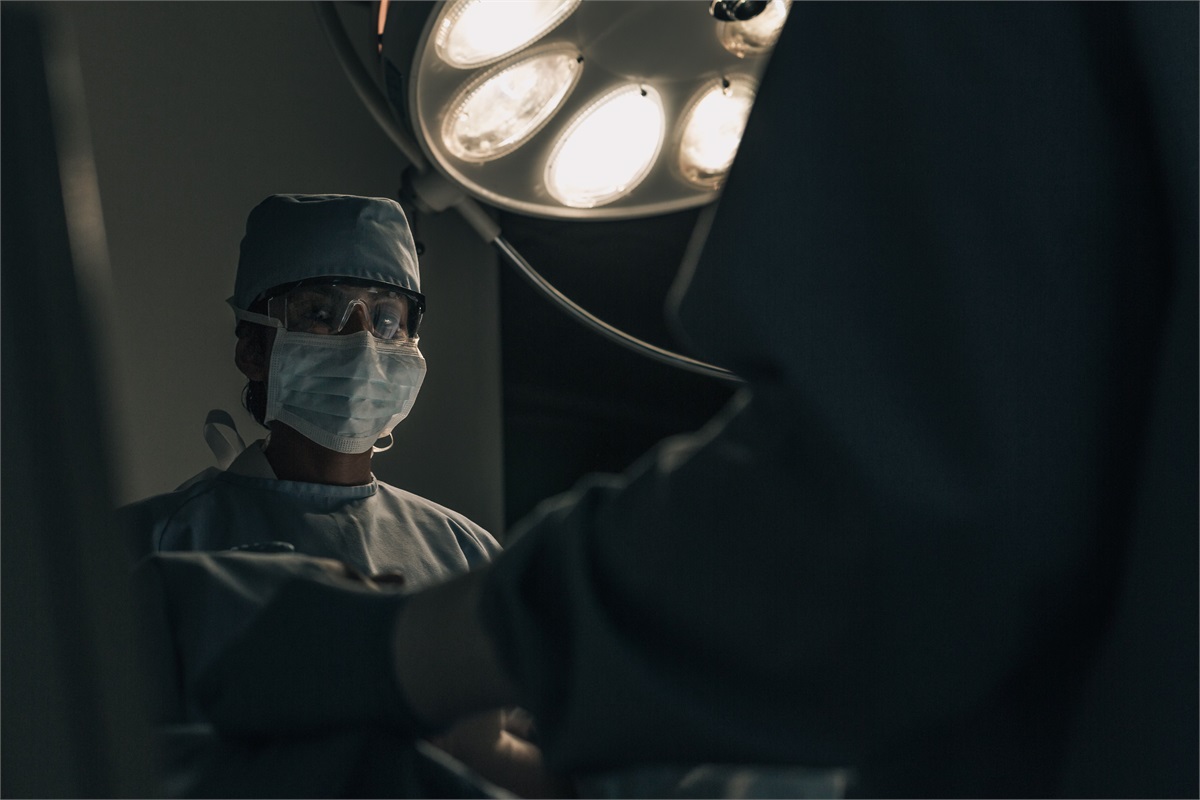 Will Coronavirus Infect the Economy?

Jesse W. Hurst, II, CFP®, AIF®
February 19, 2020
Share |
After bottoming on December 24, 2018, the S&P 500 Index moved up nearly 40% over the next 13 months to mid-January 2020. Then, as word of the Coronavirus spreading more quickly and widely than was originally anticipated continued to hit the news, the markets fell a little over 3% by the end of the month. Oil prices have dropped nearly 20% over the past month due to a concern that people will curtail their travel plans dramatically. We have also seen a flight to safety with US government bond yields moving down and bond prices moving up over this time period.
This is not the first time we have lived through something like this. Since 1981 there have been 13 major viral outbreaks including SARS, MERS, Zika, Swine Flu, Bird Flu and Ebola. Each time the media portrayed the current crisis as a potential pandemic threat to mankind and to the economy. Each time the media overstated the long-term effects on each.
While the current Wuhan Coronavirus seems to be spreading more quickly than SARS did, the mortality rate seems to be settling in around 2% of those infected, well below the 10% rate that was experienced by victims of SARS. The Chinese government has shared the DNA information with global health organizations who are rapidly working on a vaccine, which is already in beta test in animals. They have also quarantined nearly 50 million people within the country to help stem the person to person spread of the disease.
While we never want to minimize the human impact on those affected, as Certified Financial Planners who are entrusted with managing our clients hard earned resources, we want to take a moment or two and focus on the economic impact of these events. First of all, there WILL be a slowdown and economic impact in China as people are staying indoors and not engaging in everyday life. However, it is important to note that a large portion of Chinese shopping is done online and not in person so the damage may not be as bad as initially feared.
For companies in the United States and the rest of the world that import goods from China, supply chains will likely move to other parts of the world, some permanently. While this may be damaging to China, short and long-term, the impact to the rest of the world will likely be minimal and temporary. History shows us that during past outbreaks the economic downturn is followed by a sharp rebound once the virus is under control. We would expect a similar pattern here.
From an investment standpoint, the attached chart shows that six months after the initial outbreak, global stocks on average were higher by 8 1/2%. This is certainly no guarantee of future results, but history does suggest that there is not a major reason to panic or deviate from your long-term financial and investment goals and objectives.
In January 2003, when the SARS epidemic took off, the S&P 500 was at 856. Seventeen years later the index is currently at 3,372. All of that shows that it is best not to panic, that you would have been well served by staying focused on your long-term financial planning goals and not letting the headlines of the day impact your behavior.
We at Impel Wealth Management stand ready to discuss your personal situation with you should you have further questions or concerns. I hope that this information puts in context the latest medical outbreak and concerns. We look forward to continuing to help you, our friends and clients. Thank you for your trust. 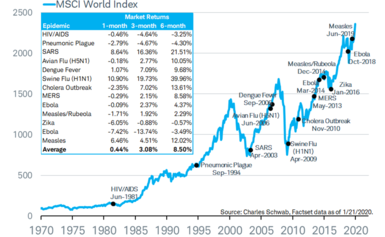