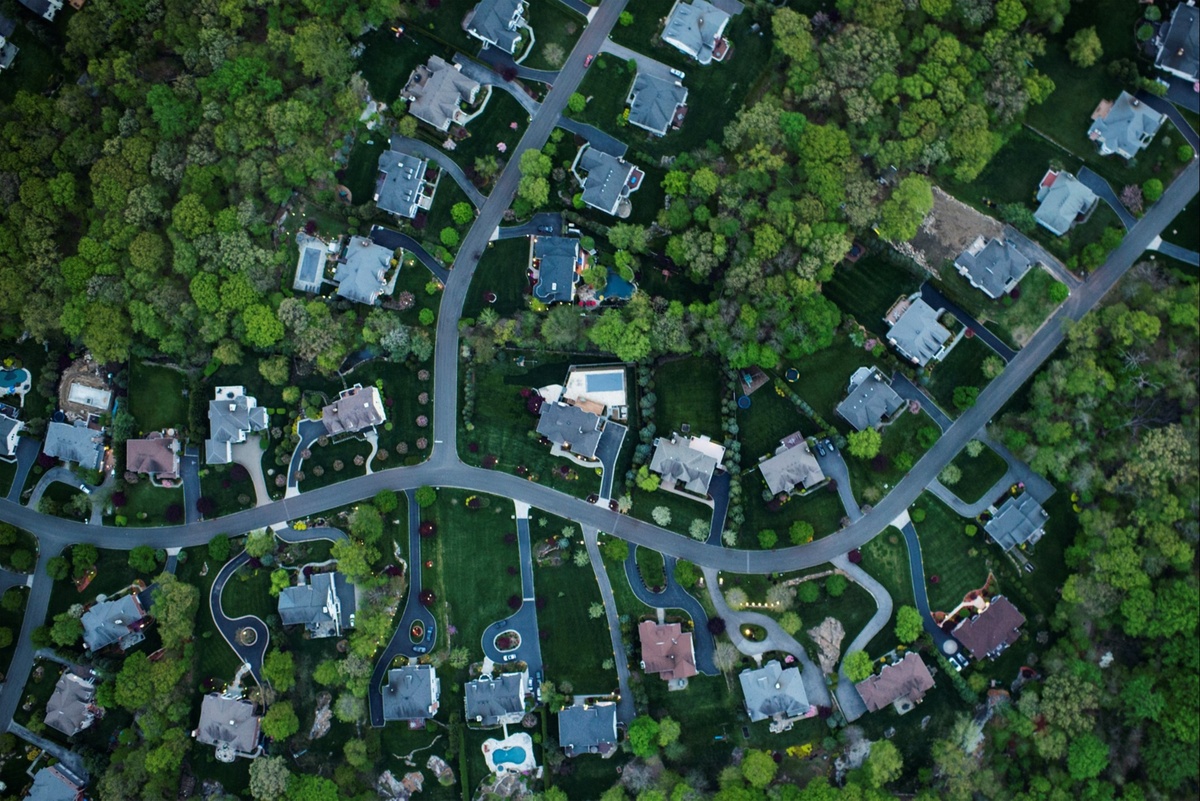 Will Prime Do Better Than Subprime??

Going out to eat with friends and loved ones should be a fun experience. However, sometimes menus can be overwhelming and confusing. There are so many food choices, toppings, and side orders that often people give up and ask their dining companions or the wait staff what they should consider choosing. ﻿

This applies to all types of restaurants…Italian, Chinese, Mexican, or even the seemingly simple steakhouse. There are so many types of meat cuts and grades that people must wade through to make their decision. Should I get filet, strip or ribeye?

At premier steakhouses, there is also the issue of should I get Certified Angus Beef (CAB) or Prime? You can impress your dinner guests by knowing that Angus is a breed of cattle widely known for its marbling, consistency, and juicy flavors. Independent US Department of Agriculture (USDA) graders determine, using a set of 10 science-based specifications, whether a piece of meat is high enough quality to earn the CAB label.

The certified Angus beef is then graded to determine whether it is Choice or Prime. Only the top 3% of beef achieves the high standard of being both Certified Angus Beef and Prime. They claim that this is what leads to its incredible flavor and tenderness.

Just as in the world of meat, Prime is the best, so it is with credit ratings on mortgages. It was just 15 years ago that the financial system nearly collapsed as banks and mortgage lenders decided they could make a lot of money by lending to people whose credit quality did not allow them to qualify for the best mortgage rates.

These aptly named “subprime mortgages” ultimately led to a large number of defaults. This resulted in significant losses to the banking system. The government stepped in with a bailout package known as the Troubled Asset Relief Plan or TARP. For those of you who are trivia buffs, the plan was partially dreamt up and created by now Minneapolis Federal Reserve Bank President Neel Kashkari who grew up in Stow, Ohio.

We are giving you this history lesson on subprime mortgages because many people are concerned that we may see a similar issue with the banking system today now that the Federal Reserve Bank is raising interest rates aggressively to slow the economy and inflation.

Based on the history of Fed policy, this will likely lead to a recession at some point in the near future. There is already a lot being written about whether we are in the first couple of innings of a recession now, or whether we are merely in the pregame, waiting for a recession to start.

This leads us to the good news that over the last ten years, and especially over the last three years, a growing number of mortgages have been obtained by people with prime credit and a FICO score of 760+. Many of these buyers not only have solid income and credit scores, but also have significant equity in their properties, which should lead to a lower risk of default. You can see the transition from subprime to prime mortgages in the chart below from the New York Fed. 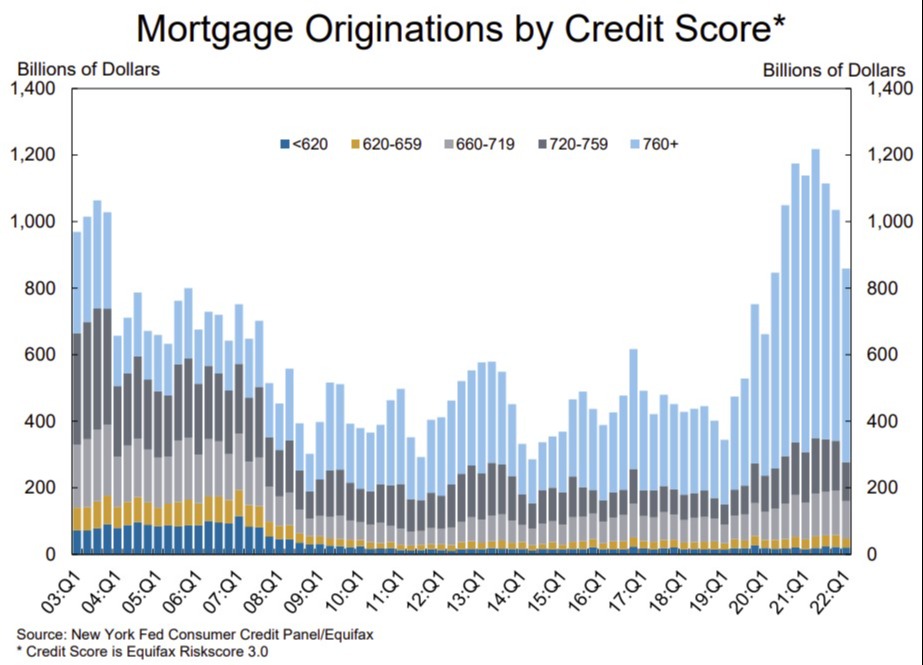 This does not mean that there could not be some defaults down the road. However, higher credit scores have historically meant defaults are less likely. There is a somewhat troubling correlation with the higher number of mortgages being secured by people with the best credit scores. This probably means that the combination of higher housing prices and higher mortgage rates are keeping many people with lower credit ratings, income and down payment amounts out of the home buying market at the present time.

We would also note that since the Great Financial Crisis that accompanied the failure of AIG and Lehman Brothers in 2008, the vast majority of mortgages have been fixed rate, and they have also had more stringent underwriting guidelines than in the decade leading up to the crisis. According to recent statistics from the Fed, Americans have approximately $12 trillion of mortgage debt. It appears that less than 10% of these mortgages are currently of the adjustable-rate variety. This should also keep the risk of default lower as interest rates rise.

There are always pros and cons, as well as unintended consequences of new government policies. Sometimes these are known relatively quickly, and sometimes it takes months or years to show up in the data.

In the near term, it would appear that just like ordering a Prime Steak gives you the best results and the tastiest meal at a restaurant, giving mortgages to people with prime credit should lead to less risk to the banking and financial system. This is one piece of good news we can look to in a world of uncertainty right now.

We thought this was important to share with you as we keep navigating the news and noise all around us. We will do our best to keep you informed on this and other important items as we continue “Moving Life Forward”.