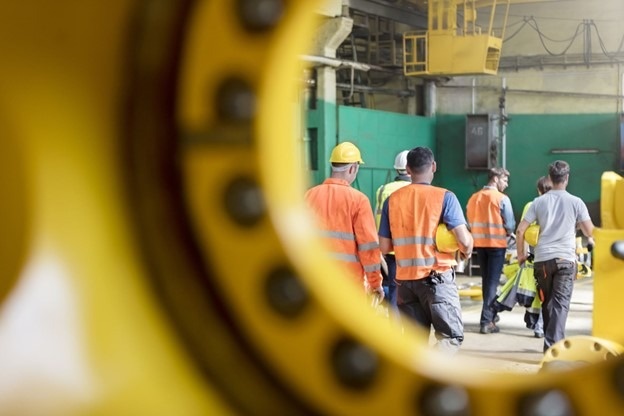 Workin’ For a Livin’

Featured on their breakthrough 1982 album Picture This, Huey Lewis and the News’, Workin’For A Livin tells an autobiographical story of working really hard to make enough money to just scrape by. It seems that no matter how hard our protagonist works, his income after expenses does not provide enough cash to make ends meet. The song peaked at number 41 on the Billboard Hot 100 that year. 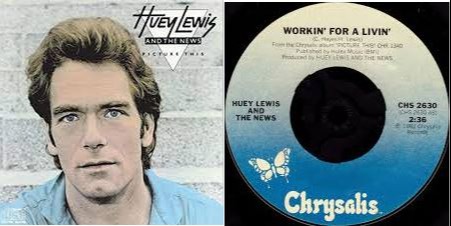 Somedays won't end ever
And somedays pass on by, I'll be working here forever,
At least until I die, dammed if you do, dammed if you don't
I'm supposed to get a raise next week, you know damn well I won't.

For those of you who remember the early days of MTV, when they actually played music (I was starting my sophomore year in high school when it launched on August 1, 1981), here is a link to the original music video…

During the early days of the pandemic, large parts of the economy, and therefore the job market, were shut down. More than 20 million people lost their jobs. However, the federal government rode to the rescue of millions of people by passing The Cares Act which provided stimulus checks, enhanced unemployment benefits, rent, student loan moratoriums, etc., etc.

As the economy reopened, two things happened. First of all, more than 3 million people threw in the towel and either quit looking for work or retired. This left the economy with far fewer workers than it had prior to COVID-19. The second thing that happened was the remaining workers returned to the workforce far more quickly than they did after past recessions and economic downturns. The chart below shows that it only took two years and five months for the economy to recover all the jobs lost due to the pandemic. This was less than one half the time that it took for the economy to recover the job losses from the 2007–08 financial crisis. 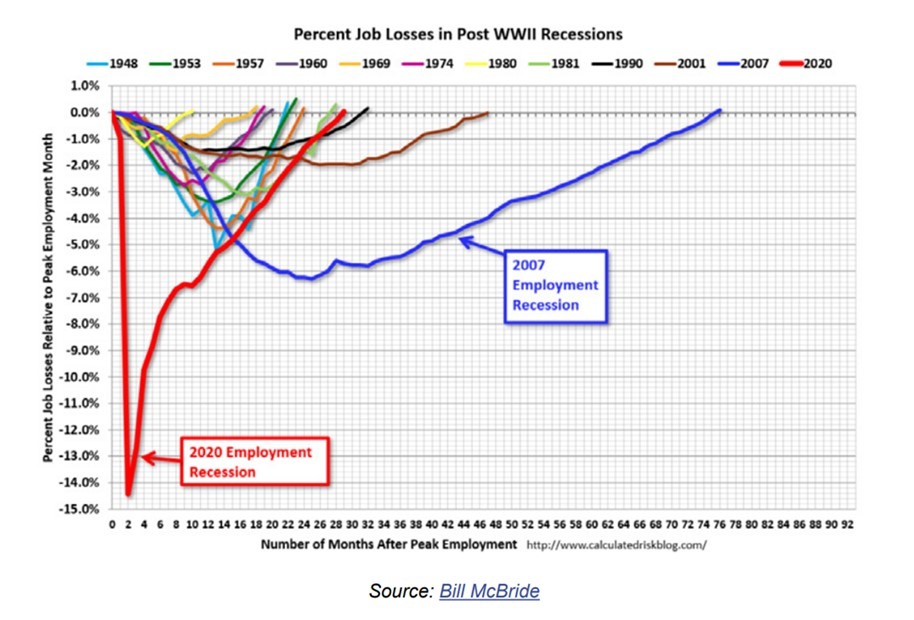 Hey I'm not complaining 'cause I really need the work
Hitting up my buddy's got me feeling like a jerk
Hundred dollar car note, two hundred rent.
I get a check on Friday, but it's already spent.

However, if you observe the trend line of job growth from 2010 to 2020, recovering the jobs that were lost only brings us back to where we were in February 2020, pre-pandemic. If there had not been a coronavirus pandemic, we would have had 2 1/2 years of additional job growth that we have not yet recovered. 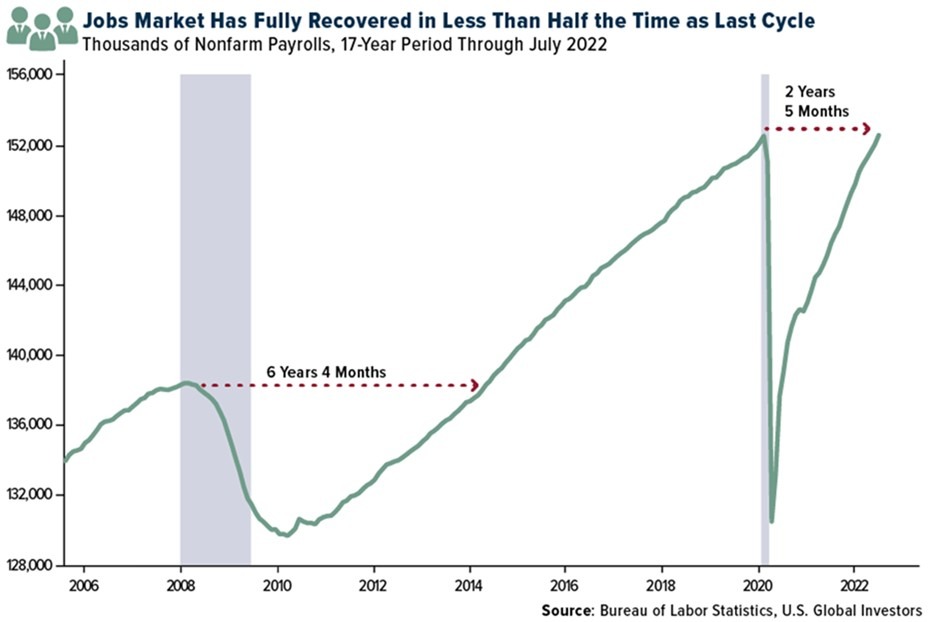 For the better part of the last year and a half there have been far more jobs available than there have been workers to fill them. This has created inflationary pressures as employers are having to bid up wages to compete for a smaller pool of potential workers. Interestingly, both the current Fed Chairman Jay Powell, and retired Fed Chairman Ben Bernanke have both publicly stated that they would like to see the number of jobs open to workers available ratio come down, to one to help ease wage inflation.

It seems like we are living in some sort of bizarro world, or alternate universe when things are so askew that the Fed is happy to see froth come out of the stock market, housing market and job market, all to help them get the inflation genie, which they let out, back in the bottle. In his speech at Jackson Hole on August 26th Jay Powell stated that the Federal Reserve Bank will “use our tools forcefully” to attack inflation and warned that higher interest rates to combat inflation rising and persistent inflation “will also bring some pain to households and businesses. These are the unfortunate costs of reducing inflation”.

As workers are struggling with higher food, fuel, and housing costs, and wages are not keeping up with inflation, we know that many are having to make hard decisions about what to buy and what to sacrifice as they try to provide for their families.

It has been nearly 40 years since we have had to face a time of inflation and rising interest rates in this manner. Many people in our audience do not remember the last episode in the late 70’s and early 80’s. It is unfortunate that we are back here again. We will continue to track this information and share both historical and current context with you. In the meantime, we all keep Workin’ for A Livin’ as we continue to “Move Life Forward”.