• The Federal Reserve continues to raise interest rates at a faster pace than any time since the hyperinflation periods of the late 70’s and early 80’s.

• As a result, bond markets are experiencing their worst year in nearly a century.

• Even though it feels like we are in unprecedented times, we have seen global economic and political periods like this before and lived to talk about it.

• We will learn much over the next 90 days, including the outcome of the midterm elections, corporate earnings outlooks, and the future course of the Fed.

• Interestingly, interest rate increases have led to the opportunity to earn reasonable interest rates on cash assets that have been relegated to returns near 0%    for almost 15 years.

The Horizon Advisor Network Investylitics committee met on the afternoon of Wednesday, October 19th. Over the last 30 days, we have seen global stock and bond markets continue to be extremely volatile due to economic, political, and geopolitical uncertainty.

The Federal Reserve has raised interest rates at the fastest pace in nearly 40 years. Beginning in March of this year, the Fed Funds Rate has increased by 3% in just six months. As you can see in the chart below, the velocity of rate increase is something we have not experienced for many years. Various Fed Governors have talked about raising rates by another 3/4% when they meet on November 2nd. They have promised more to come, as the rate increases they have implemented so far have not brought inflation down as fast as they would like. 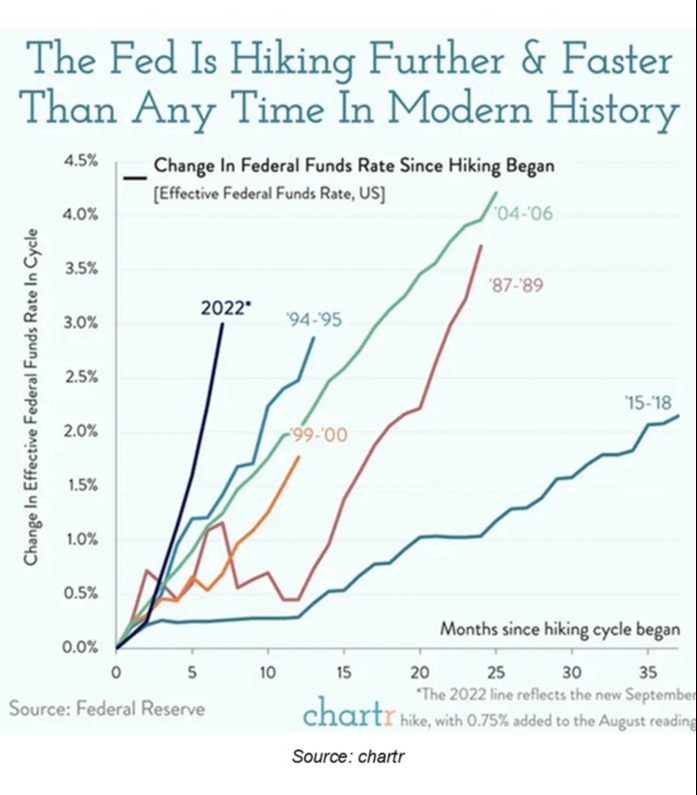 Looking through the rearview mirror, the bond market has experienced its worst year of performance in over a century. Over the last three centuries, there have only been three other years, 1721, 1865, and 1920, that the bond market has performed worse. Remember that when interest rates go up, bond prices go down. It is also important to note that the opposite is true. Eventually, the Fed will start cutting interest rates. Looking forward, this means that bonds, which are producing much higher yields today, will also have the opportunity for capital appreciation when the Fed reverses course.

As we are bombarded by a 24-hour news cycle both on cable television and online, it is easy to believe that we have never seen scenarios like this before. This can lead to people being discouraged and taking actions that can harm their long-term financial success. As you can see from the magazine cover below, in June 1970 we were experiencing a very similar situation. Inflation was rising because of the Federal Reserve falling behind on its price stability mandate. We were also dealing with a nasty downturn in the stock market, a recession, and the Vietnam war (sound familiar?). The good news was that we eventually came out of this malaise and saw markets moved to new all-time highs. 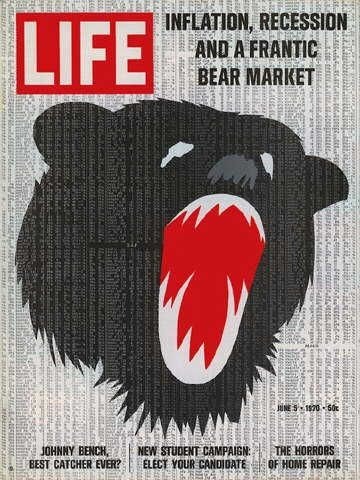 We know that markets hate uncertainty, which can produce significant bouts of volatility. Over the next 90 days some of this uncertainty may be removed as we learn the outcome of the midterm elections. Historically, markets have rallied through the end of the year after these elections. It is interesting to note that it does not matter which party wins, just that the outcome is known. This allows companies and markets to react to the news. We will also get a better feel for the future course of the Fed, and we will get more guidance from corporate America as to the outlook for corporate earnings in the face of a current or looming recession.

We would also like to bring an opportunity to your attention that we have not seen in more than fifteen years. Because the Fed has raised interest rates so aggressively this year, very short term and high-quality bonds now have yields in excess of 4%. This means that there is an alternative for cash reserves that have been sitting in bank accounts earning near 0% for more than a decade. The Federal Reserve keeping interest rates artificially low is a form of financial repression that has hurt savers for many years. This situation has finally reversed itself. If you have questions about how to take advantage of this opportunity, please reach out to your advisor. 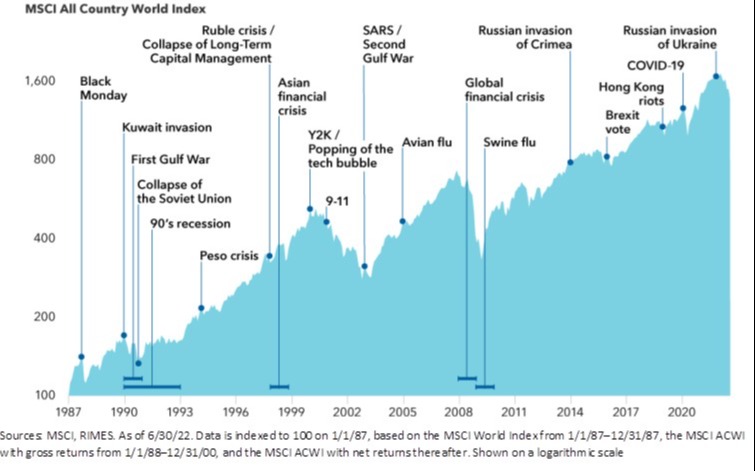 Finally, we would like to use the chart above, which covers events of just the last 35 years, to remind you that markets have dealt with periods of volatility like this before. We have always come through them and eventually moved on to new market and economic highs. We are strong believers in free-market economies, innovation, and ingenuity. Times like this can be scary and can challenge our beliefs, but also can present amazing opportunities for those who take the right actions. We are here to help you navigate these turbulent times. Please let us know how we can help. Thanks, and have a great day.