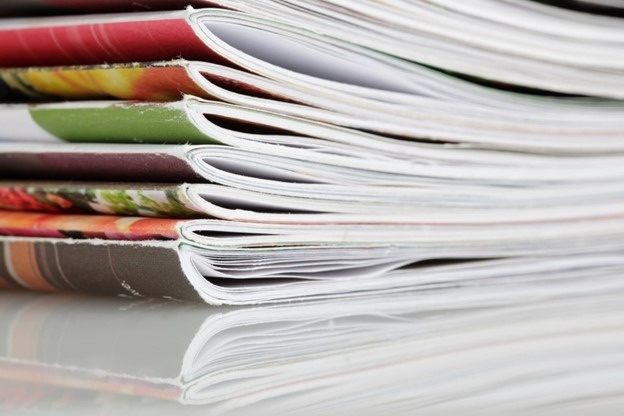 What’s the Purpose of Financial Journalism?

Being There is a 1979 political satire that tells the story of Chance, a middle-aged, uneducated gardener, who unwittingly becomes a much sought-after political pundit. He eventually becomes an advisor to the President of the United States and those around him. In the movie, he is portrayed by Peter Sellers, who was nominated for an Academy Award for best actor and won the Golden Globe that year in the same category. 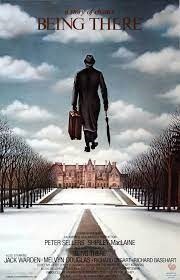 Chance has spent his entire life tending a garden for a wealthy old man in Washington DC. He has never left the property, and other than his knowledge of gardening, everything else he knows comes from what he has seen on television.

When the owner of the estate dies, he is forced out into the real world for the first time. While aimlessly wandering the streets, he is hit by a limousine, owned by an elderly businessman, Ben Rand. The car is occupied by Rand’s much younger wife Eve, who is played by Shirley MacLaine. When she asks his name, he says. “Chance, the gardener” However, she believes she heard him say, “Chauncey Gardiner”.

People mistake Chauncey’s slow and measured speech, and his stories about the garden as deep, thoughtful, and wise. The movie argues that if you look right, sound right, and have powerful friends, you can go far in society. Near the end of the movie, this uneducated and inexperienced person is seriously being proposed as a presidential candidate. For those of you who need a reminder of this long-ago movie and its subtle brilliance, a YouTube clip of Chance advising the president on the economic seasons is included below.

In what is yet another great example of art imitating life, we could point to many examples in the financial media over the last three years, since the outbreak of the COVID-19 pandemic, that would echo similarly.

We begin with one of the more recent examples. Throughout much of the last year, many “expert” journalists in the financial media continually described a very young and high-profile crypto executive and business owner as a genius. As you can see from the Fortune magazine cover below, he was being hailed as the next Warren Buffett. At that time, he was believed to have a net worth of more than $26 billion. By November 11th, his crypto empire had crumbled, and his net worth was rumored to be less than $100,000. 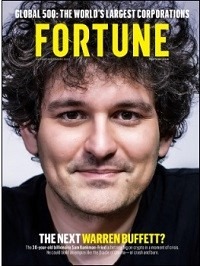 I strongly cautioned people early last year of the historical dangers when everybody, including the media, falls in love with and chases a single investment idea. You can see that outlined in my blog post entitled “All Together Now”.

For those of us old enough to remember the tech mania of the late 90s, it culminated in multiple dot.com commercials during the Super Bowl in January 2000. This felt eerily familiar as you saw multiple crypto endorsements from sports heroes and celebrities during commercials from the 2022 Super Bowl. Knowing how the first episode ended gave you a sneak preview of what was likely to come.

There are numerous other examples of things that financial journalism has fallen in love with over the last few years that have turned out to be just as unrealistic and overhyped as the crypto craze. These would include the meme stock phenomenon, perpetrated by bloggers and day traders working from their mom’s basements.

It also shows up in the top tech stocks. People could not get enough of these growth forever darlings from the market and the media. Most of these stocks now trade below the levels they were in February 2020, prior to the coronavirus outbreak.

We also had the infamous work-from-home stocks. Early in the pandemic, it was roundly decided that nobody would return to the office. Therefore, they could forever work from home, ride their smart bikes, watch their streaming services, and have all their meals and groceries delivered to their door. The stocks of these companies have also fallen dramatically from their initial stratospheric ascents.

All these media-loved and pushed investment themes have moved in the wrong direction for those who chased past performance, hoping that it would continue into the future. Mean reversion is a real phenomenon. Once again, the attractive improbability turned out to be just that… improbable.

I remember asking some clients who were endlessly caught up in the late 90s tech craze what they thought the purpose of the editors and reporters of these financial journals was? They naïvely stated that they thought the main purpose was to help educate them toward a brighter financial tomorrow.

If journalism told you the simple truth, that the way to long-term financial success was the compounded effect of good habits, you would never have to buy their publications again. If they told you that owning a diversified portfolio, adding to it regularly, and letting it compound over long periods of time will allow you to accumulate more wealth than you ever thought possible, you would simply have to buy their magazine one time.

We are sharing this to remind you, our trusted friends and clients, of the real purpose of all financial journalism. It is simply to get you to continue to watch, click, share, post, and comment on more and more of their largely inane and irrelevant content. Let me reiterate, the only purpose of financial journalism is to sell more advertising and for the profit of their publishers. They have absolutely no incentive to help you succeed.

We know that just like those listening to Chauncey Gardiner in the movie, many people, breathlessly sit and wait for the next words of wisdom uttered on whatever financial news service they watch or read. We are here to remind you that you are better off, and your family’s wealth will likely compound far more quickly if you simply follow the principles outlined above. We thought this was a good time to remind you of these simple words of wisdom as we continue “Moving Life Forward”.

Crypto-Currencies, Digital Assets and other Block-Chain related technology (such as Bitcoin, Ethereum, NFTs and others) are not securities, not regulated, and not approved products offered by Cetera Advisor Networks LLC. Crypto-currencies and other block-chain related non-securities products cannot be recommended, offered, or held by the firm.